Why Apple Users Had an Issue with the U2 Album 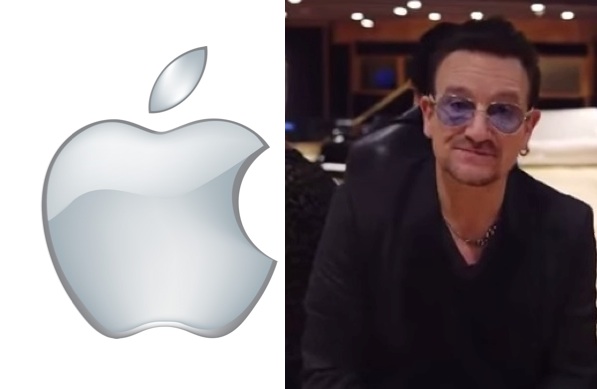 Has Apple taken us from 1984 to 2014 and back again? In what is considered one of the greatest commercials ever made, Apple Computer introduced the Mac to the world in 1984 during the Super Bowl, running an ad that instantaneously changed the image of Apple forever.

The commercial depicts a futuristic Orwellian dystopia controlled by Big Brother being destroyed by a courageous female runner wielding a sledgehammer – a metaphor for the computer that would change the world. Wearing a white tank top emblazoned with the now-iconic Mac, she hurls the sledgehammer into a giant screen broadcasting a numbing, tyrannical speech celebrating the first anniversary of the “Information Purification Directives.” The hammer shatters the screen, releasing us from the bondage of uniformity imposed by Big Brother and ushering in an epoch of individual expression, empowerment and freedom. Apple’s message: “We will not be controlled!” To defy uniformity, buy a Mac. There was no turning back.

No wonder many people were recently outraged when Apple decided what music 500 million users should listen to. In what some considered an epic marketing innovation, Apple reportedly paid mega rock and roll band U2 $100 million for the right to deliver a gift – U2’s new album – to its 500 million iTunes customers. However, Apple’s intrusion into individuals’ libraries, without their permission, created an intense backlash.

So great was the outrage that Bono offered a public apology via Youtube.

Why did people get so enraged? After all, if a few decades ago some company put a Beatles album as a gift in the daily newspaper delivered to the door, people surely would not have been so outraged. This rage was about more than having 12 U2 songs inserted into people’s music files. Conventional wisdom may have imagined this as some brilliant marketing innovation by two powerhouse brands (Apple and U2) but living in a world in which surveillance and invasion of privacy have become the norm – from the NSA to the FaceBookAmazonGoogle big data complex – suspicion has become our default mode. With trust in institutions at an all-time low, the rules may have changed:

If viewed through the lens of conventional disruptive innovation, Apple and U2 appear to have done everything right. U2 surely made its new album “cheaper and more accessible” to the consumer and Apple engineered the largest product launch in music history, reaching 500 million customers in one fell swoop. But, as we have been writing in recent columns and elsewhere, quantum innovation suggests that identity-centric innovations behave quite differently than conventional utilities.

The unexpected backlash against this innovative marketing strategy by two powerful brands was exacerbated because people’s iPhones are no longer externalities – they have become integral parts of our identities. Apple has successfully turned its material products into expressions of our values and world-views in ways few material products are. We buy Apple products not simply because of what they do or how they do it, but because they make a statement about who we are as individuals: We challenge the status quo, throw off the shackles, “think different”. This marketing campaign messed with people’s identities – doing so will always enrage some of the people all of the time. Apparently, the innovation rule, “Never ask for permission, ask for forgiveness” does not pertain to iPhones.

Yet, despite all the outrage about this intrusive “marketing gimmick,” the jury is still out as to whether this will do brand damage or be a highly successful market launches for Apple and U2. With all the “rage” and media pile-on, the iPhone 6 is flying off the shelves, Apple’s stock price is at an all-time high and U2 not only got paid handsomely but this will undoubtedly help promote and sell tickets to their concerts – the real engine of profit in their business model.

Could people’s disproportionate anger about music invading their library be a rather self-absorbed deflection from what we should indeed be concerned about? Apple (and Google, Facebook and Amazon) is increasingly acquiring unprecedented power to influence, if not manipulate and control, our desires, information we receive and our consumption choices – all in the most seamless indiscernible ways. Could the outrage about Apple’s exploitation of our libraries with its “gift” of some U2 songs, songs which, after all, we can delete with a click, be displaced anger about a future much more frightening and far more difficult to address? That the folks who defeated Big Brother in 1984 in turn are on the path to become Big Brother in 2014?