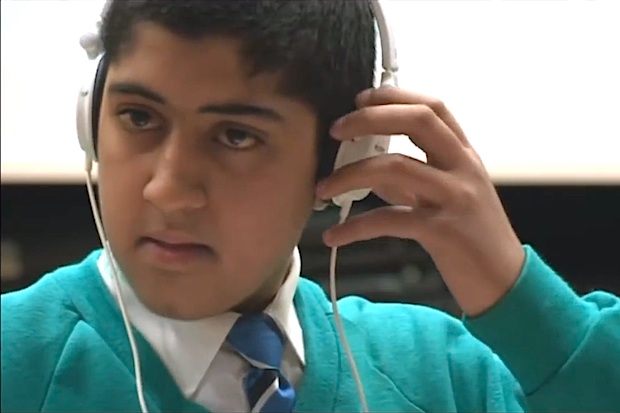 The human spirit is remarkable. Take Musharf “Mushy” Asghar, a high school student who gained fame on the British reality TV series Educating Yorkshire. With a serious speech obstacle to overcome, Mushy exhibits a powerful combination of courage and will.

Add a teacher, Matthew Burton, who simply won’t give up on his student, who is open to sources outside the typical curriculum for inspiration (in this case, the Academy Award-winning film The King’s Speech), and who is committed to educating in the purest form – i.e., raising up and bringing forth the whole human being.

Mix in another important factor: a brilliant school where excellence means much more than a race to the top, but a journey of mind and heart measured as much by quality of character as test scores. What you get is sheer Inspiration – what “no child left behind” really means.

Notice the faces of Mushy, his supportive friends, his teachers in the auditorium and especially the tough boys in the front row. Grit + Grace + Gratitude equals Transformation.

Update: Musharaf is studying at college thanks in no small part to Mr. Burton and all the faculty at Thornhill. He’s hopeful that he can be a role model for young people with speech issues, advising: “Even if you do have a stutter don’t be afraid.”