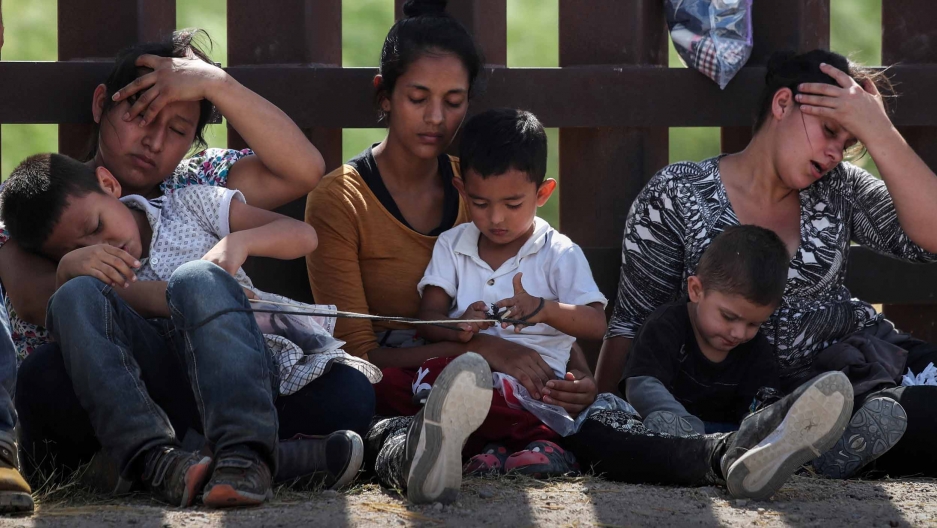 I remember being in a store and losing my mom. I was young, because as I think back my visual perspective was mid-shelf and adult waist-high as I picked up speed running down the aisle towards a familiar figure. I must have shouted something because the woman turned around and, to my embarrassment, was clearly not my mom. Embarrassment shifted quickly to fear. I was alone. I was without a guardian in a world much bigger than I could navigate on my own.

I thought about that moment, which has never left me, when I read that 545 migrant children in the United States have yet to be reunited with their parents. And I thought about the boy in this picture who I saw at the border when we were walking with a young man to help him seek asylum.

From time to time, I wonder what happened to this boy who was forced to wait and sleep on the ground, because at the time we were forcing migrants to wait weeks and months to have their asylum claims heard. And then in addition to waiting, we sent them back to Mexico.

I originally thought “metering” and “waiting in Mexico” were policies of distancing ourselves from the humanity of people’s stories, but family separation has made me realize that our government never thought of migrants as human beings in the first place.

Washed upon our borders, these families were broken by the breakers of our callous indifference. This oppressive behavior of our government toward people is more reminiscent of fascist and communist regimes who rely upon collectivist ideals that see people as masses instead of one.

America is supposed to be the champion of individual liberty, the idea that a government cannot restrict fundamental rights that it does not grant but are inalienable to every single human being. In other words, the idea that liberty is not dependent upon citizenship, a status granted by government.

Do we really want government telling us who we are and who other people are? Wouldn’t we prefer to see with our own eyes?

What makes this so hard is that we tend to distance ourselves from other people’s problems, struggles, and needs. It’s a lot to take sometimes. We don’t like to feel shame, guilt, or burden. So we make it easier on ourselves by distancing. We tell a family to wait. Then we tell them to wait elsewhere. And pretty soon we have become so numb we don’t think about them as families at all.

Individual liberty is the freedom to see a kid without his parent and remember when you were lost in a store, running down the aisle alone and afraid. And the obligation to see that child as real, real as you when you were a child. And to resist the desire to distance and refuse to let yourself off the emotional hook. In the eyes of the government, this child is only part of a non-citizen collective. To you, he is an image of something greater and contains a universe of emotion as real as your own.

Our government right now is incapable of feeling the fear of a lost child. But we can. And if we are to remain human, we must.

In this election, I will be voting for individual liberty. The freedom to take responsibility for seeing people as unique individuals. I will be voting against a government that anonymizes, dehumanizes, and anesthetizes us to human suffering.

I will remember being lost in the store not as some boy, but this boy. This boy in the picture.

I’m voting for him.