A Love Story In 10 Chapters 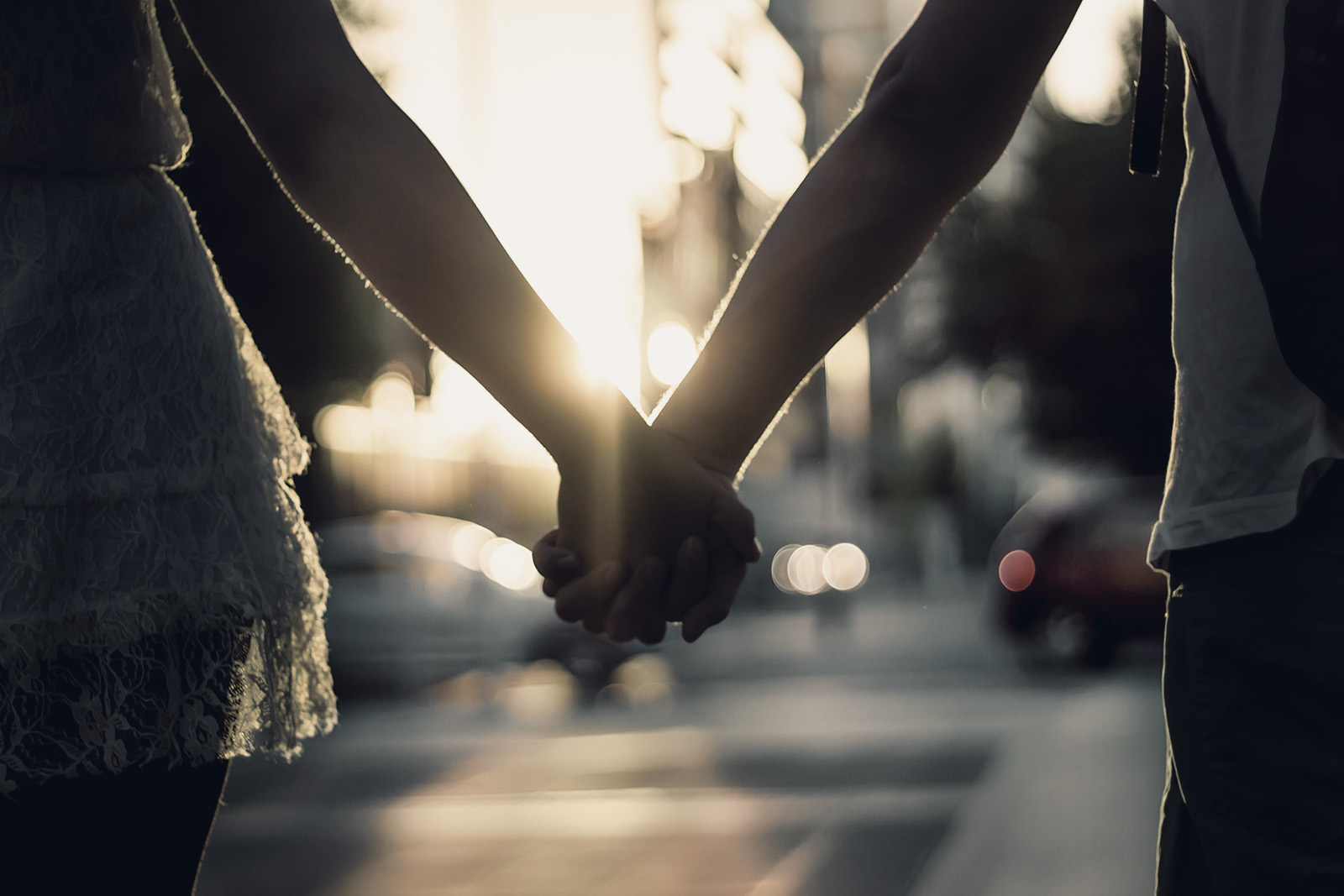 Round faced and perky breasted, I cried into my locker, lamenting cheeks full of pimples. You turned my head and looked in my eyes and said, “You are beautiful.” And you meant it.

During free periods, we snuck into empty classrooms and watched the latest episodes of Roswell and Buffy, which you taped for me because I was grounded. Team Angel, we both agreed. And thank God, or it all could have fallen apart.

You were kicked out of Biology for distracting me too much. “You know this, she doesn’t,” he said, as he ordered you to learn on your own in the library. Though I still had to take Biology for Philosophers at Bryn Mawr.

We drove to our own little hill in Brookline and had picnics on the grassy slope. You brought me strawberries and your mom’s tuna sandwiches. We lay on the blanket and named the clouds. Tuna breath really isn’t so bad.

The distance was almost unbearable. We argued for 3 straight hours and then, unable to argue any more, we broke up. I spent the night in tears; for you, it was already morning. When I woke, I called you. “I’m sorry,” I said. “I’m sorry, too,” you answered. “Let’s never do that again.” It had been the longest eight hours of my life.

When you returned from Israel, we took turns visiting each other on weekends, twice a month. And each time, my renewed amazement at how easily your arms wrapped around my body, how perfectly my head fit into your armpit as we snuggled.

You lifted my veil and kissed my cheek. We danced and laughed and sang and cheered. And then we traveled. First to Italy, and then to Israel and France and Spain. We road tripped down south from New Orleans to Charleston. For two consummate homebodies, we sure did love our escapes. And when we returned, we binged TV shows and scoured Manhattan and Brooklyn for free film screenings. We’re so lucky, we would say to each other, that we both love The Wire and loathe Real Housewives.

I won’t let you go near our bed without showering first. If you touch one side of my face, I make you touch the other, to even it out. I’m sometimes forced to go into another room to avoid hearing people chew. I pee an average of six times before falling asleep at night. You think my body is broken and you call me crazy, but you love me no less.

I have to teach you how to do laundry, and then remind you when it needs to get done, even though you have no more socks and the hamper is overflowing. Your snoring wakes me up and keeps me from falling back asleep. You leave soda cans lying around the house, and don’t understand why that upsets me, but I love you no less.

Crouched on the floor of the shower, the pain of my monthly cramps was not the only reason I cried. Each month, the same.

I thought we were unbreakable, I thought nothing could come between us. But when I stuck those needles into my skin, we somehow became indestructible. Pain and heartache and longing between us both, I never felt closer to you than when you put the ice pack on my bruised belly and we silently wished between laughter and tears.

I used to wonder about those other eggs, too fragmented for survival; those embryos that died out too soon; or the ones that merely didn’t stick inside me. But no longer. Our miracle had arrived.

I’m super hormonal and babies are so cute. Let’s have another! This time, we transferred two. I do still think about that second one, the one I lost; the one who might have been Asher’s twin. I like to think he sacrificed himself to save his brother, because we know Asher would not be here today had the other stayed on.

Only 3 pounds when he forced his way out of me in a pool of blood. You were the first thing I saw when I awoke in the hospital, unsure if my baby was alive. I still have flashbacks to that day, when I almost died; and the next 8 weeks in the NICU. We cried ourselves to sleep for weeks, wishing, hoping, and praying for our child living in an incubator, miles away. And then, we awoke each morning to an update from him, “Good morning mommy and daddy!” the emails read, and we could almost imagine it was really him.

Every item of clothing we own is covered in spit up or urine or explosive baby poop. The house smells of dirty diapers and I have no clean underwear. We haven’t slept through the night in years. The other day, I hired a babysitter so I could take a nap. We missed the Irish twin cutoff by 2 months, and I’m thinking we should put this baby-making thing on hold. Our new normal is messy and smelly and exhausting. It’s everything I dreamed it would be.

Sometimes you love me more. Sometimes I love you more. We’re comfortable on our spots on the couch, lounging, on our computers, watching TV. There’s love in the consistency, in the mundane. Excitement is important, it’s necessary, but it’s not what lasts. You and me and our sunken couches, that is forever.

I’ve had a hard day. The kids were monsters, I haven’t showered, and I’ve stepped on 3 Legos and a pullup. You fell asleep last night in the middle of an argument and I still haven’t forgiven you. You come home from a long day, bringing me kisses and sweet potato pie. “You’re the best,” I tell you. “Eh, I’m okay,” you say. And we return to the spots on our couch and sink in for the night.

You wake up every morning with the kids. You brush their teeth and feed them breakfast and drive them to school. “You’re such a good Daddy,” I tell you. “No, I’m a good husband,” you say.

We have been married for ten years, and together for half our lives. Your feet smell and you’re terrible at cleaning up, but you go over to my Grandmother’s house whenever she needs help with her electronics, and you always volunteer to help a friend, and you go out to the store in the middle of the night when I desperately need a Diet Coke, even though I told you not to buy it earlier when you were at the supermarket. And you make me feel loved. You make me laugh every single day. You still look into my eyes and tell me I’m beautiful, and I feel as though we are 16 again. And 23. And 32. However old we grow, we get there together. However we change, we change with each other. There is no one I would rather parent with, no one I would rather lament to, no one I would rather grow old alongside. Our life together has been filled with tears and laughter and hope and strength and so much love. And it feels like only the beginning.

To my best friend, to my bashert, to the man who forgives my shortcomings and adores my quirks; to the father of my children, and the love of my life; to many more.

Talia Liben Yarmush is a Jewish, infertile mother, TV addict and film junkie, and Oxford comma enthusiast. Often focusing on topics that relate to women and Judaism, Talia writes openly about issues that have personally affected her, such as her battle with infertility, her close encounter with death due to placenta previa, and her second son's premature birth. She has just finished her first novel, a work of Jewish-themed fiction. You can find more about her on her website taliayarmush.com.