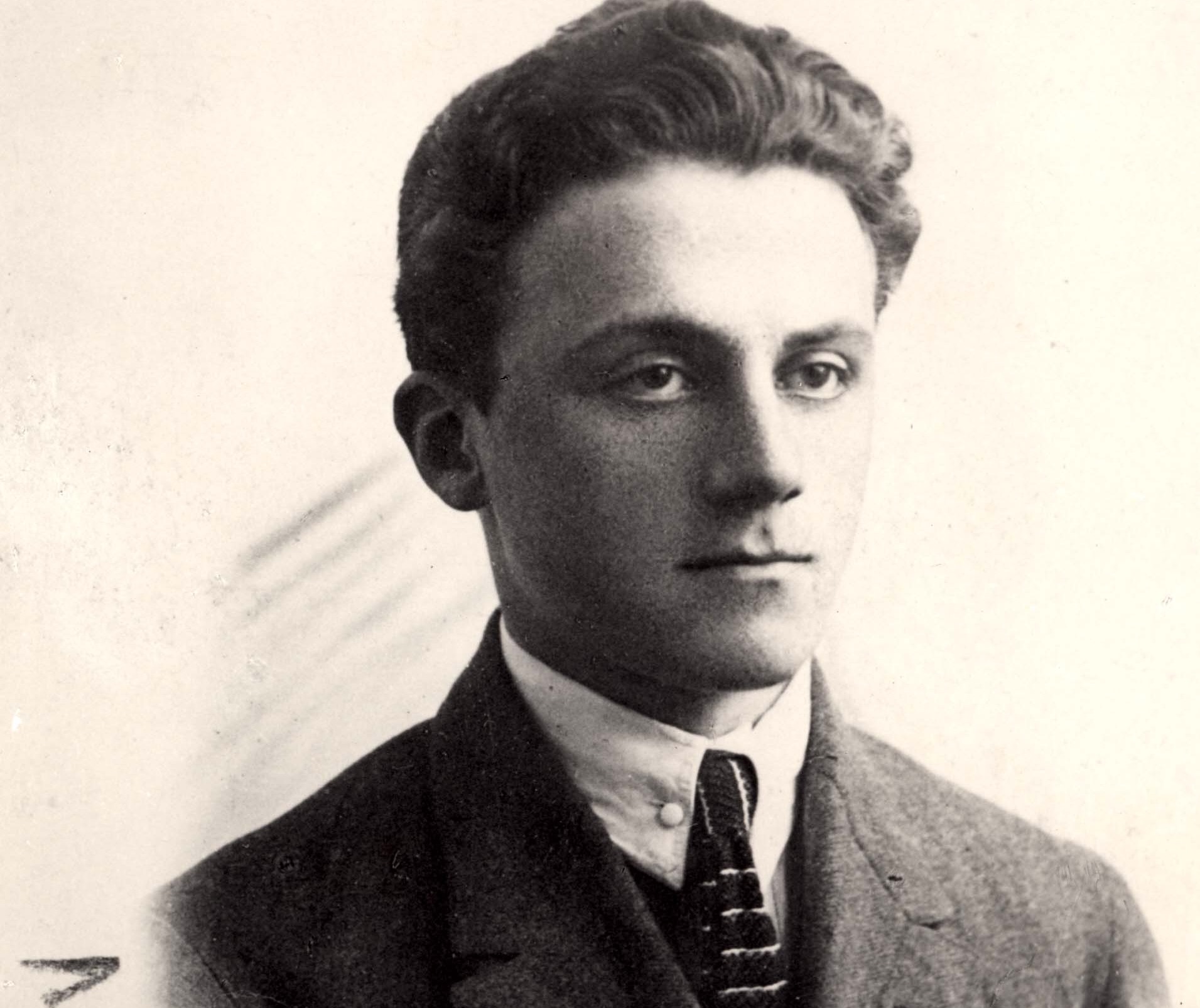 If you have ever read a book or watched a documentary detailing life in the Warsaw ghetto during WWII, then it is largely thanks to the substantive and painstaking work of historian Emanuel Ringelblum, one of the ghetto’s chief chroniclers and, sadly, also its victim.

Born in the Galician town of Buchach (now part of the Ukraine) in 1900, Emanuel, a Polish Jew, was politically active from an early age; with left Zionist leanings, he developed a strong social conscience and a twin passion for Yiddish and Polish Jewish history. As an undergraduate, Emanuel co-founded the Young Historians Circle and joined YIVO (the Institute for Jewish Research), which is still active today. Gaining his doctorate (with a thesis on Polish Jewry in the late Middle Ages) in 1927, from Warsaw University, Emanuel went on to teach and later joined the JCD (the [Jewish] Joint Distribution Committee), which strove to provide both moral and material assistance to Jews in Poland.

Hitler’s rise to power in the early 1930’s sounded the death knell for European Jewry, and though in Warsaw, Emanuel heard it loud and clear. From this time, Emanuel began collecting data on Hitler’s anti-Jewish legislation, its impact and pushback. With Hitler and his sociopathic nationalism, antisemitism found its most virulent and dangerous form; despising Jews, stripping them of their freedom, citizenship and ability to earn a living, as well as stealing their property, became government policy and, moreover, a public good. Emanuel understood early on that Hitler’s legislations – though initially applicable to German Jews only – signalled the rise of a potentially catastrophic phenomenon and knew, instinctively, the importance of tracking its trajectory.

When Germany invaded Poland on September 1st1939 (thus instigating WWII) and took Warsaw a mere 27 days later – subjecting her inhabitants to the same anti-Jewish laws Germany laboured under – Emanuel stepped up his efforts to gather and record all that took place. He collected newspapers, public decrees, posters, photographs etc., and wrote extensively, in the form of a personal diary, of all that he witnessed, as well as recording any tidbit of information that came his way pertaining to the fate of the Jews of Warsaw and its surrounding districts.

When horror is visited upon a group of people, it can happen that the individual experience becomes muted and subsumed into the collective experience. Emanuel seems to have understood this and, to countermand, took great pains to record individual stories; stories of loss, cruelty, indignity, desecration, vandalism, humiliation and deep, deep despair; stories that detail the grizzly impact, on a personal level, of bureaucratic dictums drawn from pathological hatred.

The Establishment of the Warsaw ghetto was announced on October 12, 1940 (particularly malicious timing, being that it was Yom Kippur); in just over a month, the entire Jewish population of Warsaw (more than 300,000 – a number that would swell to 400,000 at its height) were sealed up in a 3.4 km2 (1.3 sq mi) area. The establishment of the ghetto was an agonizing process, filled with confusion and profound disbelief that such a thing could be happening, producing a reality so wretched it drove some to madness and others to suicide.

Severe overcrowding was a prevailing problem from the ghetto’s inception, and was both demoralizing and potentially lethal in terms of disease. However, shortage of living space soon gave way to the more immediate and dire problem of starvation, cut off, as the ghetto was, from a sustainable food source. It is estimated that during the ghetto’s 2 ½ year existence, up to 83,000 people died from starvation and/or disease brought on by overcrowding and sub-standard living conditions.

Emmanuel became an active participant in the Jewish Social Aid, a ghetto organization set up specifically to help those who were starving. Such humanitarianism was typical of Emanuel, and reflected his work with the JCD before the war. However, he is most noted for his founding and participation in a secret archivist group dedicated to collecting and preserving documents pertaining to life in the ghetto and the systematic destruction of Europe’s Jews, which took place primarily in Poland. He named the group Oneg Shabbat (meaning: Shabbath delight), reflecting the fact that the group met on Saturday afternoons.

Secrecy for the group was paramount, as discovery of their activities not only risked their lives, but also the destruction of the documents they worked so hard to preserve; for the Nazis not only intended to destroy European Jewry, but to then erase all trace of their crime. Oneg Shabbat, made up of writers, scientists, social workers, rabbis and ordinary people, were committed to not letting that happen. To achieve their goal, they wrote reports, kept detailed diaries, took witness statements, recorded all news gleaned from the Polish Underground and collected any and all material witness to the ghetto’s existence: e.g. art works, photographs, posters, poetry, essays, legal documents, rations books, maps, tickets, underground newspapers and the list goes; indeed, the number of items collected was in the 10’s of 1000’s.

The group’s ferocious documentation of life in the ghetto, spearheaded by Emmanuel, was a phenomenal achievement, made even more remarkable due to the ever-increasing danger all inhabitants of the ghetto found themselves in as the war progressed and Hitler’s pathological desire to destroy all Jews, increased. This danger reached its fatal vertex with the mass deportations of 1942, which took place from July 22 to September 12, after which only 60,000 Jews remained in the ghetto. The majority of the 300,000, who were deported during this time, were taken to the Treblinka death camp and killed.

Emmanuel, who survived the deportations, kept detailed notes throughout the horrific possess; recording the demoralizing effect the round-ups had on the ghetto inhabitants, as well as several acts of heroism. Indeed, far from going passively to their fate, nearly all eye-witness accounts that survived the war confirm that many people actively resisted being deported, despite the immediate life-threatening consequences of doing so. Those who remained in the ghetto knew it was only a matter of time before they too would be sent to their deaths. This certain knowledge galvanized their hearts, and led to an armed resistance during the second wave of deportations, which began January 19, 1943, and later to the Ghetto Uprising, which began 3 months later when the Germans attempted to liquidate the ghetto.

After the second wave of deportations, and before the uprising, Emanuel and the remaining Oyneg Shabbat members undertook the ominous task of sorting through the documents and compiling 3 separate archives – separate, to increase the chance that at least some of the documents would survive if one or more of the archives were discovered and destroyed. The documents were place in large milk cans and metal boxes, and buried in secret localities within the ghetto (documents pertaining to the death camps, and the extermination of the European Jews were given to the Polish underground, and smuggled out of Poland).

On the eve of the Uprising, in April 1943, Emanuel fled the ghetto with his wife, Yuhudit and their young son, Uri, and went into hiding on the Aryan side of Warsaw. A letter he wrote during this time survived the war, in which he described their life in hiding:

“In an area of 28 sq. m. are 38 people. There are 14 bunks on which 34 people sleep. That means three people on some of these very narrow bunks (the two of us and our son, who sleeps at our feet). The remaining four people sleep on cots and stretchers placed between the beds…The food is not bad, but the overcrowding is hard to describe. In addition, there are lice and bedbugs …only the first days are terrible, but afterwards everyone gets used to the conditions and there is even humor here.”

Less than a year after this letter was written, Emanuel and his family were betrayed to the Gestapo; they were removed from their hiding place, taken back to the ruins of the ghetto, and shot.

In 1946, the first of the 3 archives was discovered in the ruins of Warsaw. Then, in 1950, the second was found in the cellar of a former ghetto building. The third archive, reputedly the largest, is yet to be unearthed. Rumor has it that it’s located under the Chinese Embassy in Warsaw.

Emanuel was not only a historian; he was also a humanitarian with a deep sense of compassion that compelled him to act for the public good. Likewise, his astute understanding of the political and social climate in which he lived allowed him to predict, with accuracy, the fate that awaited the Jews of Poland. Like a modern-day Noah, he built an ark and filled it with the voices of his fellow Jews, in the wake of a deluge that would wipe them from the face of the earth. For many, the echo of their voice crying out in the throes of their agonizing end is their only legacy; a legacy Emanuel Ringelblum saw fit to preserve for future generations, so we too might walk the streets of the Warsaw ghetto and see, with clarity, the catastrophic end of ideology’s triumph over humanity.

In Emanuel’s own words:

“Comprehensiveness was the principle of our work. Objectivity was the second principle. We aspired to present the whole truth, however painful it might be.”

Emanuel with his son, Uri, before the war. (photo: YIVO)

Emanuel Ringelblum – The YIVO Encyclopaedia of Jews in Eastern Europe