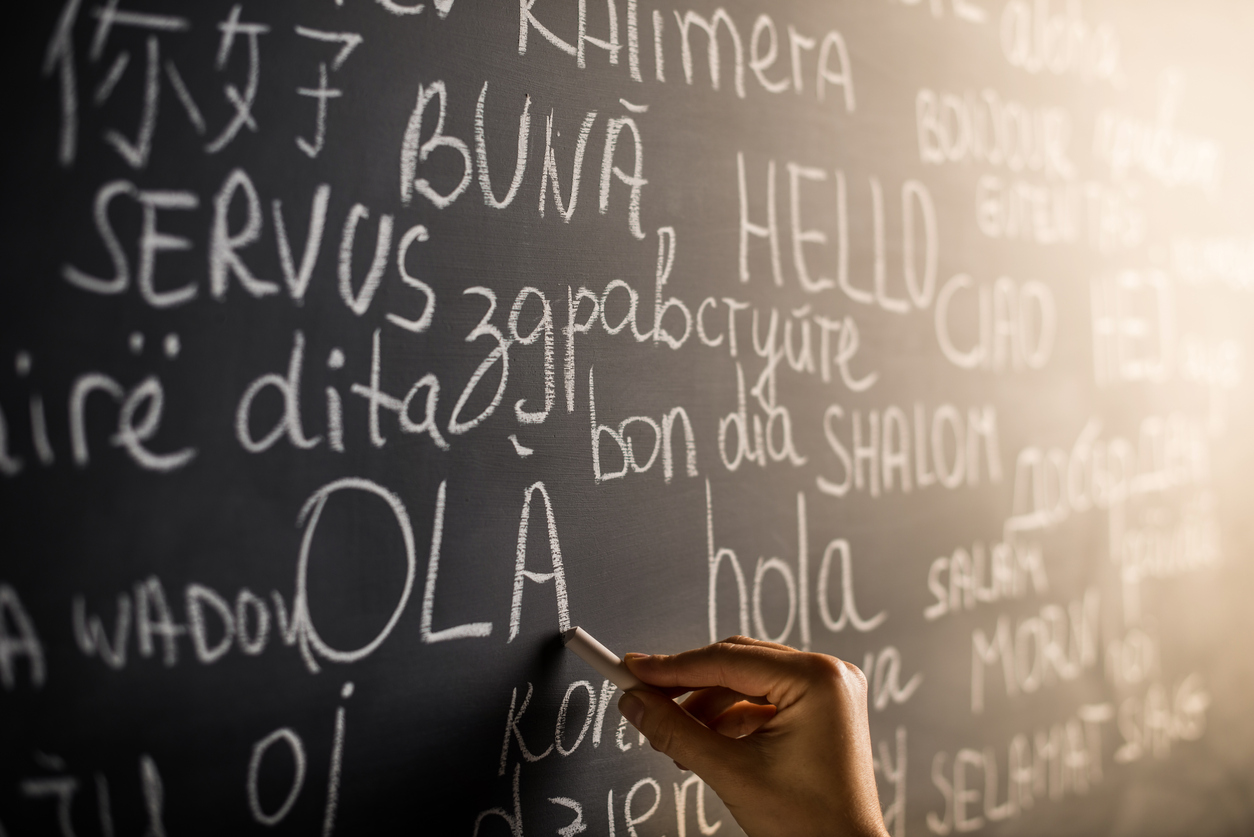 Think about how deeply important language is to all of us. With language we can communicate, we can express ourselves, we can document what we see around us. Language is spoken, read, written, signed, sung, learned, and taught. When babies and children learn language, we are fascinated by their development. When people lose their abilities in language, due to strokes, or dementia and other illnesses or injuries, they suffer greatly.

This year while listening to members of my congregation chant the Torah portion of Noah, I focused only slightly on the familiar story of Noah and the flood, and instead honed in on the Tower of Babel and the language story. This time I felt saddened by the text and surrounding commentary, whereas in the past I had just found it a curious tale.

Imagine that all the people in the world DID speak one common language. Would the world be a better place? Would we have a more unified, empathetic, and understanding global society? Would we stop fighting over politics, Covid vaccines, environmental problems, school system practices, bike lanes versus cars, and a host of other rancorous issues? It’s certainly a tantalizing and sobering thought.

Let’s look at the English text of the Seventh Aliayh, as rendered on the Chabad website:

1. Now the entire earth was of one language and uniform words.

7. Come, let us descend and confuse their language, so that one will not understand the language of his companion.

I am selecting particular lines here, and there are certainly parallels to be drawn with the Flood saga. The Flood that Gd created destroyed almost every living being except for those in the Ark with Noah. The tale of the Tower of Babel is about language being, well, not destroyed, but scrambled, and distance being created between people. Gd made this decision to thwart people from doing certain things such as building the huge tower.

What was that single language? Do any words still exist from it? How would we even know today what bits and pieces of that language survive today, if any?

In modern times most people have prized knowledge of more than one language. People tout their linguistic skills, and if they are proficient in more than one language, they will mention this on their resumes. Yet, over time, certain select languages have been considered quite essential, and marks of being educated.

For several centuries, people who knew Latin (and ancient Greek) were regarded as highly educated. For the past few hundred years, many people in Europe and the Americas were considered educated if they were literate in French. In more recent times English has become a language with universal impact.

Knowing common languages does help to bring people together. They can communicate better. The word “Hello” is pretty close to being a universal word at this point in time, and has become part of many languages, at least colloquially. And “hello” is quite important, as a greeting and a conversation starter.

Thus, I pondered the language scrambling and felt sorry for society as a whole. And I also wondered about how vastly different our world would be if we all used just one language.

It dawned on me that emojis sort of function as a universal language. People around the world are typing with emojis on their cell phones, on social media platforms, and in other ways. Emojis could be seen as the updates of hieroglyphics. As well, most of us are used to seeing certain universally used signs and symbols when we travel (especially when driving and walking), and the smiley face (and all its variations) are understood by the vast majority of seeing individuals above a certain age. (By the way, the iconic yellow smiley face symbol dates to the 1960s.)

How does Gd feel about the many different languages and dialects that are used by humanity? We could not pretend to know, but it is a sobering question. There are so many different languages out there, and people become deeply invested in their languages, their slang, their micro-slangs, and so on. These proprietary feelings do lead to squabbling and misunderstandings. They can cause division and the sense of “Us versus Them.”

Religions are deeply invested in particular languages as well. Obviously, Jews throughout the world have Hebrew (and smatterings of Aramaic) as their common linguistic bond; Muslims around the globe have Arabic as their liturgical bond; at least some Christians still rely upon Latin, and other examples as well.

Would society have avoided “Us versus Them” situations if we had one language? Would we be a much more harmonious worldwide community if we all spoke and wrote the same words? Or would people find other ways to create categories and divisions amongst themselves?

And what about people whose languages and dialects have disappeared? How do we understand them better?

If you take the story told in Noah to be true and full, human language went from singular to plural after the Babel tale. It’s a fascinating and rather frustrating framework for viewing the course of humanity. Or perhaps it’s about how deeply complex people are, and how different they are despite their commonalities. We could view people as similar or diverse; as desiring to come together or hoping to be apart.

Perhaps an underlying message of the scrambled language story is that people have trouble communicating with each other, and while many hope to bridge their differences, others like to build their own fences and enforce their differences. Depending upon which direction you favor, the course of humanity can vary greatly.