Why Did the Chicken Cross the Road? Ask a Chicken 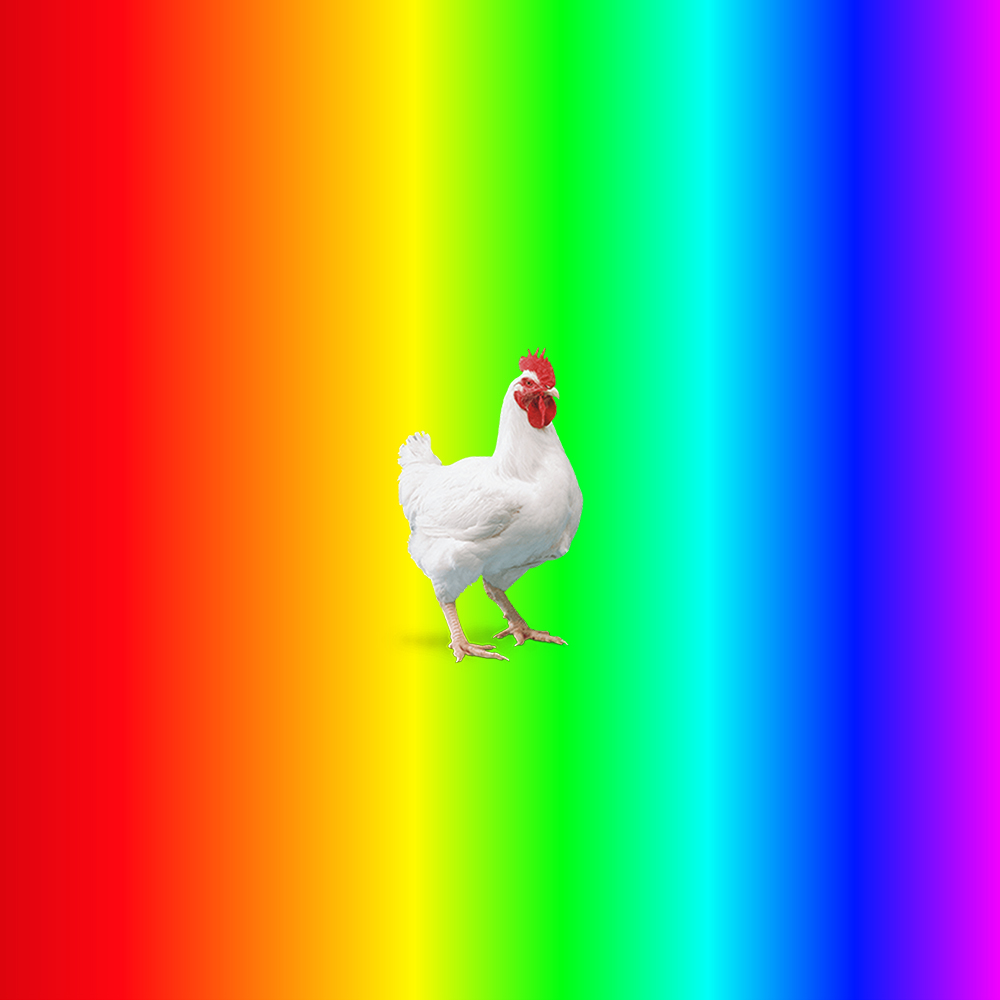 As soon as the punch line is delivered, we are confronted with the enormity of the question. It is a question of such magnitude that it evokes our mortality… and the mortality of chickens. But few people eulogize chickens. Few people really care why chickens do what they do. And for their part, chickens usually don’t say much.

Why did the chicken cross the road? It’s a question worth serious consideration.

By some estimates as many as a million animals a day are killed on American roads. One million animals a day, every day–a figure even more staggering when added to the multitude of animals, including chickens, that are stuffed into cages and butchered on an industrial scale every second of every minute of every day. An unfathomable number of living creatures of all kinds succumbing to the inadequate designs of roads and vehicles, eviscerated by the bad designs of a society that encroaches into their habitats and sees little value in their lives beyond the meat they produce.

So why would a chicken cross the road? What motivates a chicken to leave the relative safety and comfort of this side of the road to go to the other side? Why would any of us? If only we could ask the chickens, what would they say?

I have never seen a dead chicken on the side of the road, but other species of roadkill are so ubiquitous that it’s troubling. The infrequency of dead chickens on the roadside either evidences that these flightless birds are just more adept at getting to the other side, or more likely, is proof that the number of chickens attempting the journey has been greatly overstated. Like the alleged correlation between feline curiosity and the mortality of cats, evidence for such an assertion is scarce.

And, although I have never seen a dead chicken on the side of the road, I met a living chicken on the interstate once. The occasion provided me with the opportunity to gain relevant insight into the question before us. My car had broken down on I-95, and as I waited for the tow truck, I saw a small bird on the side of the road in the distance. As I approached, I was astonished to discover that this chicken could speak.

The voice of a chicken is just as you might imagine it. I sat down and asked the chicken why it had crossed the road. To my astonishment, the chicken responded eloquently:

“There are many reasons to cross the road. Of course, the specific reasons depend on the chicken in question. Curiosity and necessity usually have something to do with it, but primarily, for me, it was the hope of finding a chicken place where chickens do chicken things, unencumbered by cages.”

It was a more satisfying rejoinder than I had been expecting. Although I found it uncanny that this particular chicken spoke with a British accent, I continued my inquiry with the obvious follow up.

“This is the other side,” the chicken giggled. “But now I’m going back. To be honest, both sides are very similar.”

We enjoyed a pleasant conversation for the next half hour on the side of the interstate. Eventually the tow truck arrived, we exchanged addresses, and said our goodbyes, promising to stay in touch. But as I was walking away, the chicken left me with a parting thought.

“There are 19 billion chickens on the planet. I’m a chicken, and you’re a chicken. We’re all chickens, and we’re all just trying to get across the road.”

And as the diminutive creature waddled and wobbled into speeding traffic, my new chicken friend disappeared behind the whirl of cars and trucks whizzing by, until all I could hear was the laughter of the chicken as it faded into the distance and towards the other side.

Postcard Postscript
(several days later, I received this in the mail: