Where Is Dr. King’s Dream? 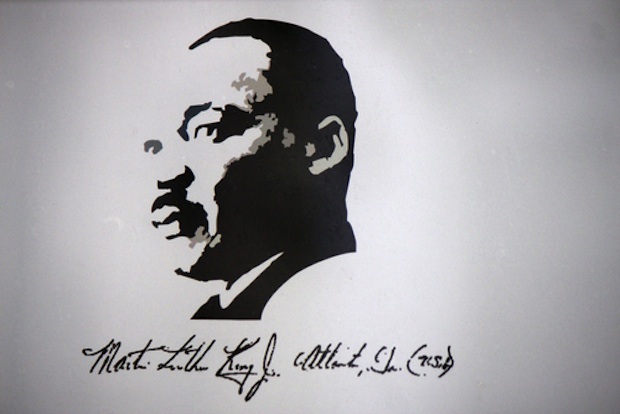 Today we remember Martin Luther King Jr., last century’s premier exemplar of morality in public life. There will be ceremonies, speeches, television specials, editorials – and there will be very serious protests and demonstrations: Millions of Americans are outraged by the shooting deaths of young Blacks, by racial economic inequality, by a return to segregation in our education system, by the disproportionate incarceration of Blacks… And millions of White Americans not only have no understanding of what Blacks are experiencing, but themselves feel alienation, dislocation and rage.

We have our first Black president serving his second term in office. We have had Secretaries of State and an Attorney General who are Black. Obviously, we’ve made incredible progress since the lynching, terrorizing and brutalizing of Black people, since separate-but-equal and Jim Crow.

We need disrupters who, despite their outrage, understand MLK’s teaching of ‘moral ends through moral means.’

But there are deep ongoing racial divides that are creating widespread social unrest. Read the following list of facts about American life, slowly. Try reading this as a meditation – an MLK Day practice – and observe your visceral reaction.

No matter who we are, the fact that millions of American citizens are devastated and traumatized means we’re all implicated in this drama. It is precisely our certainties (whether conservative resentment, or liberal righteousness) that are the enemy of compassion and imagination – the two qualities we desperately need, if we are to finally solve the problem of race in America.

While racism is culturally unacceptable, it is unconsciously still very much part of the structures of our institutional and personal lives. But surfacing what is unconscious isn’t easy. It requires introspection – less a moral question of blame than psychological distortions to be corrected. Anger channeled into wisdom, resentment into responsibility, resistance into compassion, guilt into action, rage into insight, and blame into empathy. It requires disrupters who despite their outrage understand MLK’s teaching of “moral ends through moral means” and who, despite their fear, educate themselves in the realities of the disrupter’s claims.

MLK day is a sacred day in America and sacred days are designed to invite reflection about who we are, what we most value, and who we want to be…days designated to measure ourselves against our own finest selves and noblest dreams. This was MLK’s method, challenge and dream: to build a future in which our grandchildren think of early 21st-century American racism as unimaginable as we find 19th-century slavery. May these words from MLK’s 1963 “I Have a Dream” speech inspire us all:

“We despair a stone of hope. With this faith, we will be able to transform the jangling discords…into a beautiful symphony of brotherhood. With this faith, we will be able to work together, to pray together, to struggle together, to stand up for freedom together, knowing that we will be free one day. I have a dream that one day every valley shall be exalted, and every hill and mountain shall be made low, the rough places will be made plain, and the crooked places will be made straight; and the glory of the Lord shall be revealed and all flesh shall see it together. This is our hope, and this is the faith.”