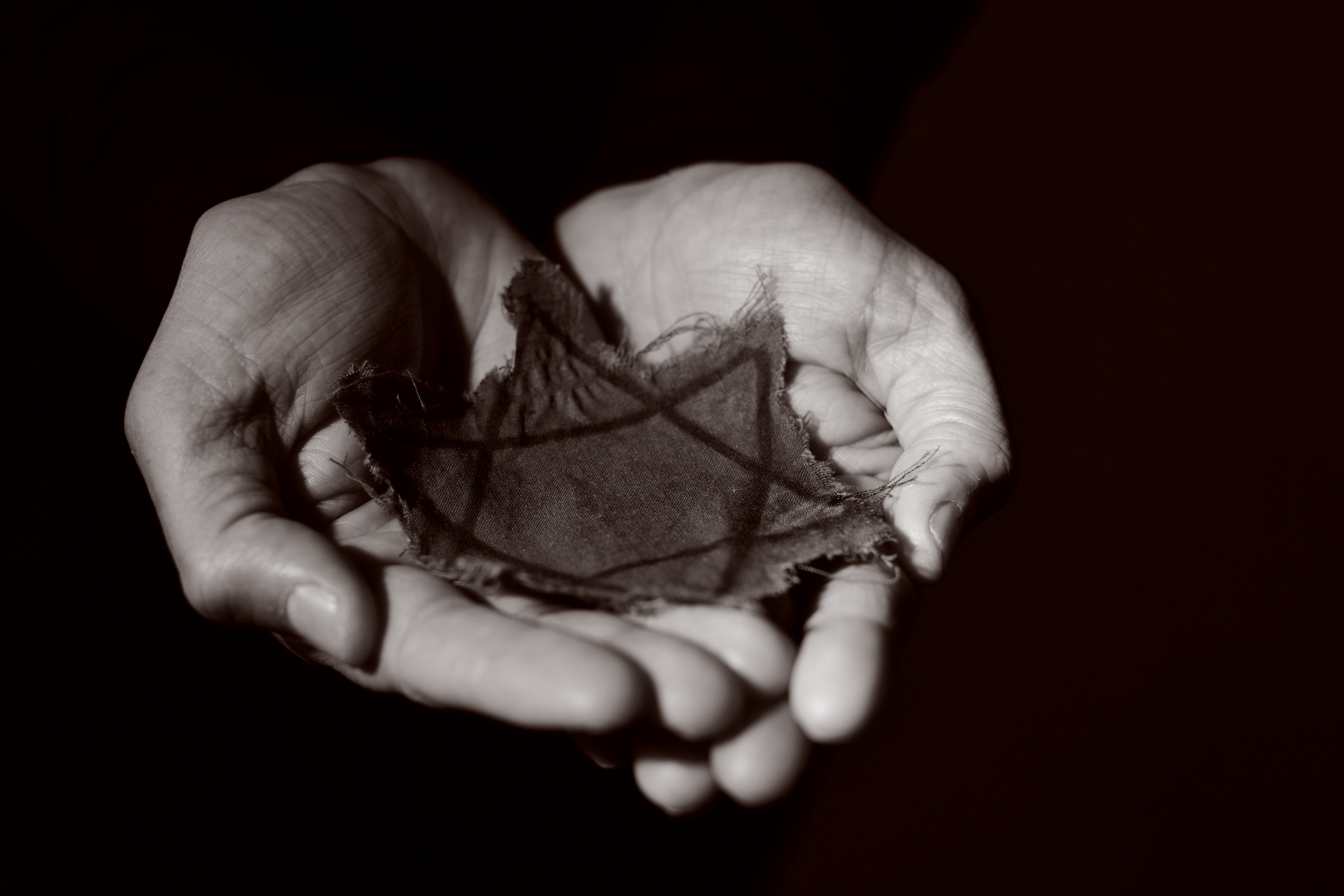 My mother, Clara, spoke six languages. English was the last. Yet she and I always had a hard time communicating. She gambled and smoked. I followed the rules. Except the rule about not being fresh with your mother. It’s only now, at age fifty-six, that I see those exchanges less as angry salvos in a war whose cause was long forgotten, and more as an unfolding story of love.

I’m in the sixth grade. I already have five more years of schooling than Ma. She’d spent her childhood hiding with her family in the forests of Romania, or getting smuggled into and out of countries. Ma rarely talks about her childhood, except every now and then to remind me how good I have it. But I’m snotty and it doesn’t work.

On this particular night, Ma’s just finished hosting a poker game that lasted a full twenty-five hours. Twenty-five hours I spent smelling cigar and cigarette smoke billowing through the house, listening to coins clanking on the poker table, and wondering how long before Con Ed turns off our electricity again. My father played, too, but he’d managed to tear himself away to go to work.

“This isn’t normal,” I scream at Ma after the last player has gone. “You have a problem!”

I’m in the hallway of our house. Ma calls me over as I walk past the bedroom where she’s lying down, watching TV. She half-turns her face from the small 13″ screen.

“Mindaleh, you know about sex, right?” What has sparked this sudden interest? Surely not the Honeymooners rerun I hear playing in the background.

“Yeah,” I answer dubiously, “My friend explained it to me.”

The friend is a year older and more worldly, and smells like a combination of Rive Gauche perfume and Big Red gum. As she’d explained it: The man sticks his pisher into the woman’s pisher, and something comes out of his pisher that makes the woman pregnant.

“You don’t have any questions, do you?” Ma asks.

“Good.” Ma turns back to The Honeymooners, relieved that she’s taught me the facts of life.

I’m an English Major at University of Chicago. I’m reading my dorm-mates one of Ma’s letters, after having spent twenty minutes deciphering it. Ma writes English phonetically in her Yiddish-Rumanian-Yugoslavian-Italian-Israeli accent. For instance, “HASBYU” spells “How’s by you?” I laugh as I read the words aloud. My friends are horrified by my pitilessness. I’m ashamed even though I don’t quite understand my sin. I could swear I’ve heard Ma make fun of her writing herself.

I call to tell her what happened and to apologize. She’s furious, but not with me.

“What’s the matter with them?” she says, “Don’t they know it’s funny? Of course you should make fun! You know, Mamaleh, you go in college with stupid people. Tell them I speak six languages!”

In fact, I HAD told them. I realize it’s my friends whom Ma thinks are the snobs here. They assume she must be ashamed of the way she writes. But Ma considers it a mark of strength. How well would they write in their sixth language, and without their fancy schmancy educations?

I graduate college and return home. The gambling has worsened since I left. My father’s, too, but Ma is sometimes gone for days at a time.

She hectors my father for money while he reads the New York Post. He ignores her. She noodges some more.

“Leave him alone already!” I scream.

“Mind your business!” she yells. “One day, you’ll take money from your husband, too.”

“So I’m a prostitute?!!” she screams. With more deliberation than I’ve ever seen in her before, she adds, “Not only do I not love you, but I never even liked you.”

A few days later, I move out. Three weeks later, I take the GRE tests, my first step toward becoming a clinical psychologist.

I’m married and have a baby who almost never sleeps. When awake, he screams unless he’s nursing or in constant motion. My exhaustion’s unbearable.

My mother offers to help many times. We don’t fight anymore, mostly because I’ve adopted a don’t-ask-don’t-tell policy about gambling. But I don’t want her help.  Instead, I hire a babysitter. Each afternoon, when the sitter leaves, I count down the hours until she returns the next morning.

One night, the sitter calls to let me know she’s sick and won’t be able to come the next day. Desperate, I call Ma.

She comes at 7. Which means she left her home at 5:30AM. Ma takes the baby from my hands.  He stops screaming.

I stare in awe.

“Just do like this,” she tells me. I follow her every word, the best way to hold him, bathe him, push him in the carriage.

She starts to come over often.  Don’t-ask-don’t-tell remains in effect.

Slowly, I learn pieces of Ma’s story. How little Clara’s first grade teacher used to walk her to school, until the woman said it was too dangerous to be seen with a Jew. How, at age 6, she and her family hid in the forest, how it felt to sleep on snowy nights under a blanket made only of leaves. How a nice gentile doctor found them an abandoned warehouse to sleep in. And how he was shot by the Nazis. How she never expected to make it to adulthood. Then, once she did make it, she thought she’d never be able to do the “normal” things like marry or have children.

And yet she did marry, even though it meant traveling thousands of miles away from her parents in Israel. And had two children. Those were gambles, too, I realize.

And, here she is, playing peek-a-boo with her first grandson.

I’m writing a book of personal essays called The House on Crash Corner. I’m interviewing Ma for it. I’ve warned my parents that I’ll be very honest, whether about the all-night poker games, or the time my mother called the cops on my teenage brother after he mooned her during an argument, or about our fights.

We manage not to fight over the question of whether we had fights.

Ma doesn’t understand why her story would be interesting. “You’re the one who’s educated,” she points out. “That’s all I wanted was to be educated, maybe to be an architect.”

I haven’t understood until now how much Clara has coveted school, the one area of middle class life that I’d cluelessly taken for granted. The closest she got was learning a trade in the refugee camp. She started supporting her family as a seamstress at twelve. The chaos of my childhood paled in comparison to the terror of hers.

“You don’t have to do anything you don’t want.” I say.

She doesn’t want to read it. “But do for me one thing,” she adds, “make one chapter about my grandsons.  That one I’ll read, because it will be about hope.”

The child who thought she’d never make it to adulthood is now 81. It’s been six weeks since Ma suffered the first of three strokes, which leave her paralyzed on her left side and barely conscious. There are no more conversations, just me talking to the air in case she can hear me; reminding her of how she’d once taught me to be a mother, mentioning the neighbors who send their love, slipping in an I love you of my own.

On November 8, 2016, Ma offers me a gift. Her eyes creak open. She musters her strength, gambling that the effort is worth it and the words will come. She speaks her final words in a quiet rasp. “I love you too, Mamaleh,” she says.

Ma’s gift stays with me still, reminding me what love can survive. Even in death, she teaches her daughter. As mothers do.

Mindy Greenstein is a clinical psychologist, author, and speaker. Her essays have appeared in The New York Times, The Washington Post, Longreads, and elsewhere. Dr. Greenstein is the author of the acclaimed memoir, The House on Crash Corner (Greenpoint, 2011), and co-author of Lighter as We Go (Oxford, 2014), one of The Wall Street Journal’s “Best Books of the Year on Life After 50.”