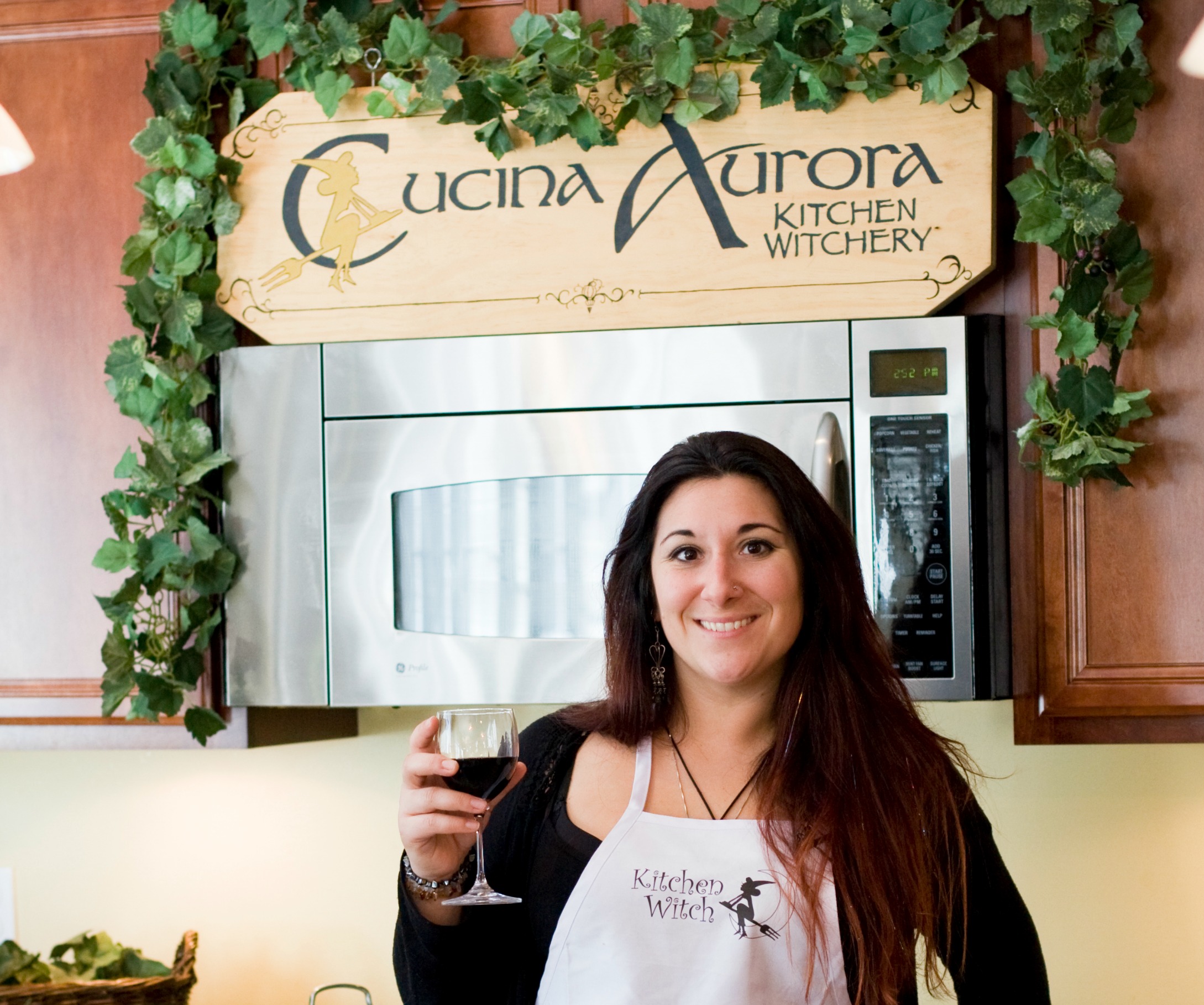 I’ve always known the word “pagan.” Older relatives used it to casually describe anyone who wasn’t a Christian or who apparently worshipped “darker powers.” It wasn’t until years later that I learned what paganism actually was: a variety of faiths, many of which include nature worship and ceremonies inspired by the changing of the seasons and other changing traditions.

I also learned that traditions within my own Caribbean Catholic background had a significant amount of pagan-based influences that carried over into my own life. Saints that were called upon to intercede, Christmas songs about devils with long tails, a wide range of colorful candles, and literally anything to do with mother Mary aka Maria Madre de Dios.

During the middle of my final semester in graduate school, I remember speaking to my sister about needing to cover an event and take photos and record audio for a class. She recommended going to a Pagan Pride festival in Washington Square Park in downtown Manhattan near New York University. I jumped on the opportunity and, that Saturday morning, I packed a camera and an audio recorder.

The festival took place not far from the iconic archway and fountain and was an array of dance and musical performances, stalls, and information tables and booths. Dawn Hunt’s booth was there with a sign that said Cucina Aurora, along with a pentagram. She stood by her merchandise and smiled when I clicked my camera. There was an array of wooden spoons with carved pentagrams, glass bottles filled with herb-infused olive oils, and servings on small dishes where potential patrons would dip little pieces of bread in and sample.

I had the pleasure of seeing her make small talk with customers and encourage people to try her olive oils. At one point, she and a man who happened to walk by ended up having a fun conversation about food.

“Now you’re speaking my language,” she said, laughing. When the conversation ended, she gave the man a hug. She was just as kind to me and everyone else who stopped by her stall.

She led a workshop at the festival and taught a crowd of mostly women about magic and love. I had hoped to interview her after and, once she was done, Dawn walked over to a nearby park bench, sat down and began explaining her craft to me. I was surprised to learn that she was raised a Catholic from a predominantly Italian family, and found the path to paganism and witchcraft in college after picking up a book in the new age section of a bookstore.

She began to delve into different aspects of paganism and attending events and other festivals around Long Island. She thinks reading that book and reaching out was a defining moment for her in deciding where she belonged as a pagan.

“I was like ‘wow this is what I am’, because even within the pagan community I didn’t necessarily know if I was this kind of pagan or that kind of witch… this is the path I’ve always been on and didn’t know I was on,”

Dawn was given the opportunity to speak at one of the events and was also offered a booth by organizers. She didn’t know what to do with the booth, until her husband suggested that she sell her herbal-infused olive oils. Dawn began selling them and said that Cucina Aurora, or Kitchen Aurora was born out of that. She’s been putting her efforts and enthusiasm for food in her business for the last eight years and has spent a significant amount of that time going to events in and around New York.

“Kitchen witchery and that kind of idea of cooking with love and using food in that way as a spiritual thing really really spoke to me…my company just sprang out of that.”

Though she has a community now, Dawn couldn’t always be open with everyone. Often times, she and other witches can’t acknowledge holidays that coincide to the Wheel of the Year. Many pagans can’t always bring up issues about not being able to take off at work and are often worried about the stigma that comes with coming out as a member of a highly stereotyped and misunderstood community. There are even family members that Dawn hasn’t physically told that she identifies as a witch. It makes it even harder to bring it up with people who aren’t closely related to her. She doesn’t hide it. But she’s afraid to openly express her interests all the time.

“One of the things I was always fearful of was in my past life as a designer was I couldn’t explain to people that I need to take off Halloween which is Sahwen, I couldn’t take this very sacred holiday off because people wouldn’t understand.”

Her own husband has felt uncomfortable asking for days off for some of the eight major pagan holidays. Dawn explained that as a religious minority, pagans are often afraid that bosses won’t understand. Or that coworkers or bosses will laugh at their traditions or dismiss them as silly.

She’s hoping that more people learn about different types of paganism and how different traditions connect to each other. She used Yule and Christmas as a comparison and how the solstices are marked on calendars and are very important to many pagans. Dawn highlighted to me that a lot of what we do in our every day lives, especially during mealtimes, is part of a ritual… not unlike what she does when preparing her olive oils for sale.

“I also do magical ritual and visualization techniques, as I’m making them to infuse them not only with the flavors, but also with the energetic qualities.”

She wanted anyone curious or wary about paganism and witches to understand that holidays like Christmas were also based on paganism and had their own rituals: from setting the table, to preparing food a certain way, to saying prayers, to gathering with family. Dawn also joked that, as someone from a predominantly Italian family, Catholicism and holidays surrounding it were important growing up.

“But let’s be real, food is our religion.”

It reminded me of my own predominantly religious family that placed so much importance on weddings, barbeques, baptism ceremonies, and any kind of huge family meal.

Regardless of what faith or lifestyle is behind the preparation and ritual of sharing food, it all seemed to come from a community-based mentality. It made me wonder if that’s why I felt so at ease around people at the Pagan festival and while speaking to Dawn.

But, one of the biggest things that I took away from taking to Dawn and attending the Pagan Pride Day festivities was that, just like most other religions aren’t one side fits all, neither is Paganism. And, like other religions, there are things that seem extreme, and themes that connect to other religions as well like love, patience, and a human connection.

“I think that awareness is starting to infiltrate little by little,” she said. “And as my dad would say ‘there’s many ways up the mountain, we’re all going up the same direction why does it matter how we get there.'”