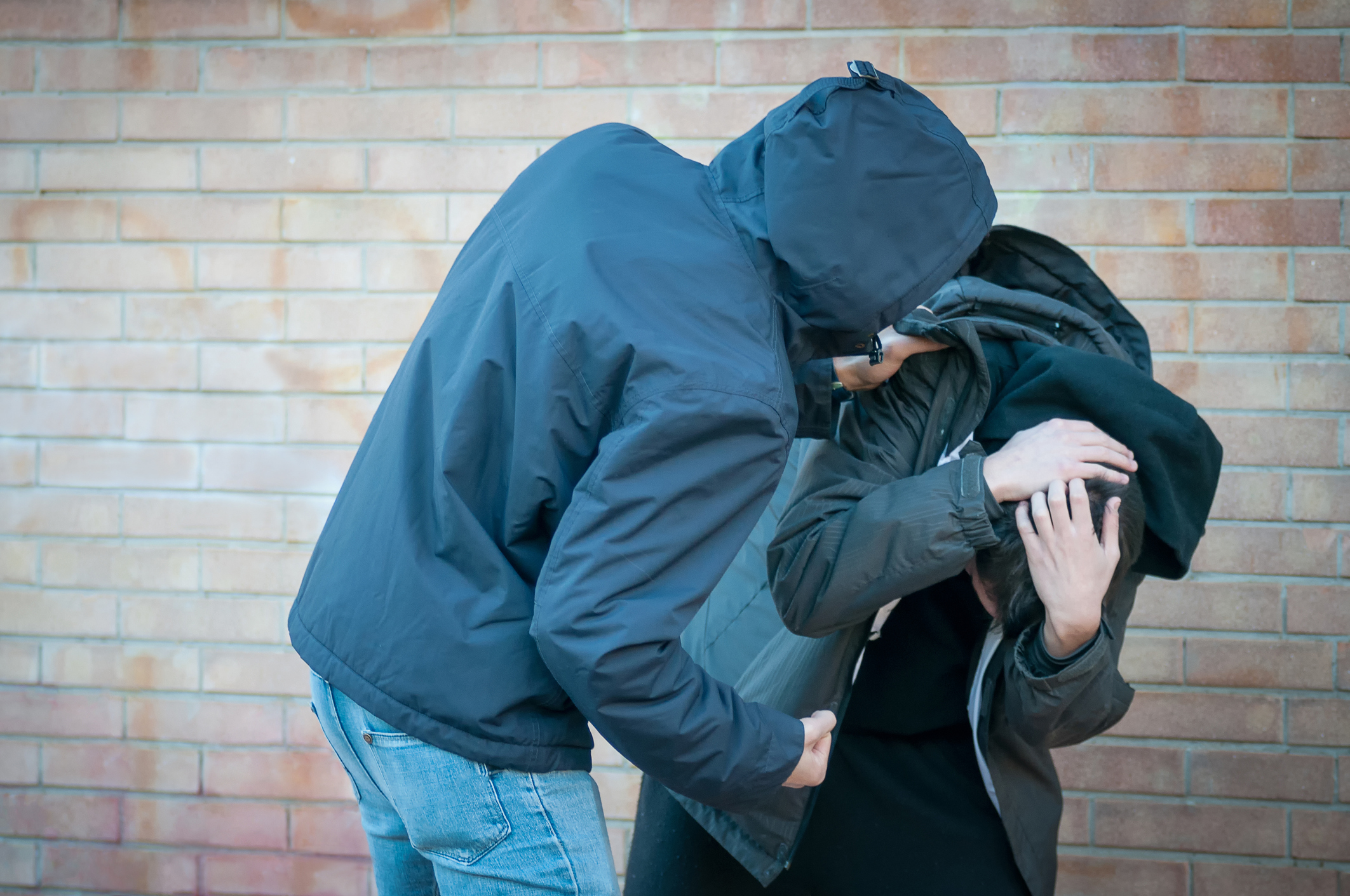 When we are kids, we often experience cruel words and actions from people of all ages. When I was a young boy, I was sometimes even a  bully myself. As the years went on, I have come to understand that no one is born to be evil. But that doesn’t mean that people don’t do terrible things.

In February of 2020, I was a student living in North Philadelphia.  It was around 8:30 in the evening and I was coming home from work.

It was so cold that I could just barely feel my fingers touch my face. As I was walking, I had one earplug in my ear but left out the other so I could hear what was going on around me.

I was about twenty seconds from reaching my apartment when the attack occurred. As I was walking on the sidewalk, I could see two figures walking towards me. One was tall, thicker, and seemed older than me and the other figure was thinner and younger than me. As I walked, they came even closer to me. Eventually, the two figures split apart to let me walk in the middle.

At first, I thought of it as nothing, but, because I was not exactly “city smart,” I fell victim. Just before I finally passed by the two figures, the figure on my left punched me in the face. His fist went across my cheek to my ear with an impact that I could just slightly feel due to the numbness of the cold temperatures. It took me a few seconds to realize what just happened. I kept walking, trying to play off the scenario like it was nothing, but my heart was pounding through my chest with confusion and fear.

I remember just thinking to myself, “What the heck was that for?” I said, “Ow” while putting my hand on my face and then I heard one of the men call me a racist slur along with a swear.

I turned around and could not believe what I saw.  One of the figures was a young boy of about twelve or thirteen years old!

The young boy said, “Give us your phone and you don’t have to put up a fight!”

I said “No!” and ran away as fast as I could to a nearby police station.

To this day I do not know if those two figures were chasing after me or if they had a gun with them.  I was alone in a dark alley, no one in sight, and a car passed by me without hearing my calls for help.

It was the first and so far only time that I felt truly helpless.

When I got to the police station, I was helped by a police officer.  I still thank him and think of him because, despite me hysterically crying, he was able to understand that I am Autistic and he hugged me and let me cry on his shoulders.

My parents finally arrived at the police station and before we left, the cop said, “These kinds of people don’t value life.”

That made me wonder, “Did these people envy me? Why out of all things did they want my phone? Why was I a target?”  I may not ever know the real answer, but I can guess why with empathy, compassion, and, most importantly, forgiveness.

When we are angry, we tend to wish or think the worst for those that hurt us. However, I wanted to take a different route. A new perspective. A change of heart.

When I was a teenager, I said horrible things and even wished death for those that did me wrong. I would say cruel statements like, “I’m gonna laugh when you are burning in hell” or “That person deserves to get hit” and also even imagined myself hurting the person. I am also guilty of yanking on people’s hair, spitting on people, pinching fellow classmates, and even getting into physical fights.

After my attack at the age of twenty-two, I began the process of “letting go” and forgiving myself and my attackers.  I don’t wish my attackers pain, or even that they get caught. I want them to find peace, love, redemption, forgiveness, and hope.

Since then, I have spoken with people that lived in cities, and my attack was described as “desperation” or “fast cash.”

To me, my iPhone is just an easy replacement, not my life. I realized that those attackers must have reached the ultimate level of desperation if they were willing to kill or hurt someone over a phone. While to me, it was just a cell phone, to them it may have been a lifesaver.

I know that their lives were probably far different than mine. I grew up in the suburbs of Bucks County, Pennsylvania.  When I was a teenager, despite my ungratefulness of growing up in the boring suburbs, I was very lucky to have had football games, art resources, updated textbooks, youth programs, beautiful parks, friendly community events, yearly carnivals, wonderful libraries full of endless books to read, sweet-filled coffee shops, and much more that I took for granted.

All were questions that kept coming to my head.

As a practicing Christian, I know that it is my job to “love our neighbor as thy own.” We are called to forgive and told that, instead of wishing destruction, scorn, or hurt on our enemies, we must pray for good things to happen to them. We must forgive because the bible calls us to be courageous. Forgiveness is a form of courage because it is one of the most complicated, painful, bravest things that we can do and feel. God is forgiveness because God is love.

Yes, there are choices that lead us down that path. But we also have the choice to be or do better. Even if we are not religious, we can hope that our enemies change, but we must also find the will to forgive and to teach.

After the attack, my mom said “I want you to move back in.” But, I told her that I had to stay in Philadelphia.  If I had let the attackers scare me into moving out or transferring to another school, they would have won. I could not let that happen.

I’m sad that this happened to me, but grateful for the lessons, grace, and love from family, friends, and the police officer that took care of me.

Raymundo Varela-Urizar (Ralphy) graduated from Temple University with a focus on Media Studies, Marketing, Communications, and Business. As a former illegal immigrant, along with being Autistic, and just recently coming out as a gay man, he has been able to finds so much hope and grace in the human experience.