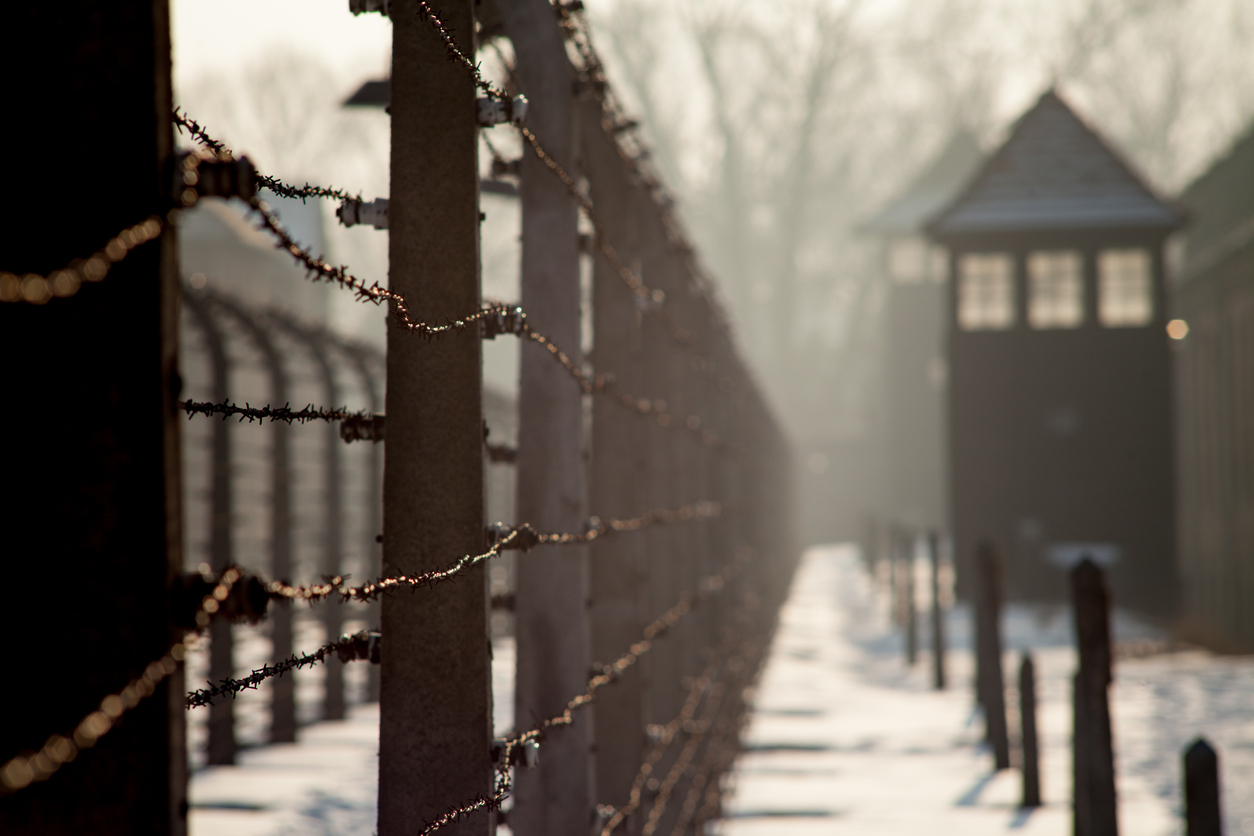 When a genealogist friend suggested that I begin my roots journey at Yad Vashem, I scoffed. My late parents, both of them survivors, were fervently committed to the Israeli Holocaust Center’s mission of collecting the names of the six million. Each time they visited Jerusalem they submitted “Pages of Testimony,” some of them filled out by me.

Well, yes and no.

I started with the usual: my two grandmothers, two aunts, and an uncle.  It was wrenching–any encounter with the holocaust is, even on a screen–and I found what I expected, pages in my own scrawl. Then, just purely on impulse, I typed another name– Regina Blau Goldberger, my mother’s aunt who died in Auschwitz along with her husband and young daughters.

Like so many of Hitler’s victims,  Aunt Regina—or more likely Rifka–she was fervently orthodox–, left the world without a physical trace of her thirty-nine years of life — not a photograph, letter, Shabbos candle, or even a tchotchke.

My mother’s memories were spare, but telling. The youngest of my grandmother’s siblings, Aunt Rifka married at thirty, relatively late for those years  As the only child to remain in her birthplace, the tiny Northeast Hungarian village of Csenger, she was the caregiver, the child her aging parents, (her father a Dayan a Rabbinical court judge and her mother) turned to for help. In contemporary parlance, we’d say that she was part of the sandwich generation.

Uncle Lipa, her scholar husband, was a year her junior and a Hassid, with a personal style and customs that deviated from the family’s Hatham Sofer brand of orthodoxy When he left her and their children to spend Yom Tov with his rebbe–no one remembers which Hassidic group he belonged to –tongues wagged.  I wonder how she coped with that.

I don’t know anything else about her, whether she was the breadwinner, whether her husband had a side business, what they enjoyed, what they disdained. I do recall hearing one more tiny detail — that she fretted over her daughter’s unclassy village accents–she wanted them to sound like aristocrats.  It’s almost amusing considering their fate.

The Yad Vashem archives don’t acknowledge any of this, but my research there turned up other surprises, the first being the source of the information.  The Pages of Testimony, which Yad Vashem describes as substitute graves, were recorded in Hungarian by a stranger.  What was that all about?

Through a WhatsApp group of people whose families came from my aunt’s town, I discovered that the submitter,  Dr. Zoltan Tokes, is a Protestant Pastor from Csenger . Born after the war to a family that claimed Jewish descent, he recorded the names of the town’s dead, and in 2013, he traveled to Jerusalem to hand-deliver the information to Yad Vashem.

The pages are stark—no room for storytelling, just the scaffolding of the lives of my aunt and her family, which ended collectively in Auschwitz one terrible day during the summer of 1944. What more is there to say, yet when looked at together these pages tell a remarkable story of resilience and faith.

Their first child, a daughter named Klara, was born in 1937  when Aunt Rifka was thirty-two. While Hungary was still free and life still relatively normal, across the border in Germany, Adolph Hitler had begun sending Jews and dissidents to concentration camps

In 1938, the year of Kristallnacht, Aunt Rifka gave birth to a second daughter, Magdolna. In 1939, as the Nazis marched into Poland, another daughter, Esther, was born, named after Aunt Rifka’s mother, my great grandmother Esther Marton Blau.

In 1941, as Adolph Hitler formulated the “final solution,” Aunt Rifka gave birth to yet another daughter –Katalin . The record lists one more daughter, Bella, with no birthdate provided. It’s possible that she may have been born after that, possibly even after the Nazis occupied Hungary.

My aunt could have easily found reasons not to have these children.  According to halacha, one can ask one’s rabbi for permission to use contraception. In Hebrew, this is known as a “heter,” and they are given easily. All one needs to do is claim that another baby would cause distress, physical, emotional or both, which in those years when just getting through each day was a terrible struggle, must have been true.

Many people did stop having children. Even before Hitler, Hungarian Jewry suffered a declining birth rate as people lacked the faith and emotional buoyancy to have children.  Not Aunt Rifka. As European Jewry hurtled to its tragic end, she kept bringing new life into the world.

Her bravery and her optimism–if nothing else having a child is a statement of hope that a better future will come — echoes our fore mothers Yocheved and Miriam, the midwives of Biblical Egypt.

Aunt Rifka behaved with “temimus,” simplicity, or wholeheartedness. She did what she felt she needed to do, fulfilling the first commandment leaving the results up to G-d.

Aunt Rifka and her family have no stones to mark the spot where their ashes landed, but these stark and simple facts are their epitaph.

May their memory be a blessing.