Top Faith Stories Of The Year 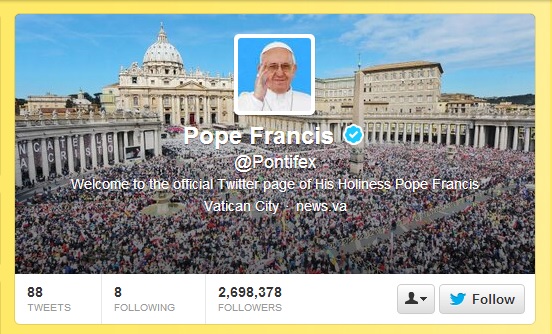 While no list can capture a full year, these are my top 3. ?Each reminds us that faith is more alive than ever, even as it comes in new and surprising ways — some good, some less so.

Number 2 would be the rise of atheist churches. ?We all crave community — the ability to join together at moments of great joy, or deep pain, and to be accompanied by others as we experience either. ?With God or not, our need for each other is powerful, beautiful, and worthy of recognition especially as this new trend takes off.

Top faith story for 2013? ?While it may be obvious, I have to go with Pope Francis. ?His combination of genuine orthodoxy (however disappointing that may be to some) and deep humility about that which he deeply believes, is nothing less than magnificent. ?That, combined with his total commitment to the dignity of all people, and the wisdom that can be found among them, even when they don’t agree with the Church, make Pope Francis a model of wisdom for all people of all faiths. ?While we have not met (yet), I am proud to call him my teacher.