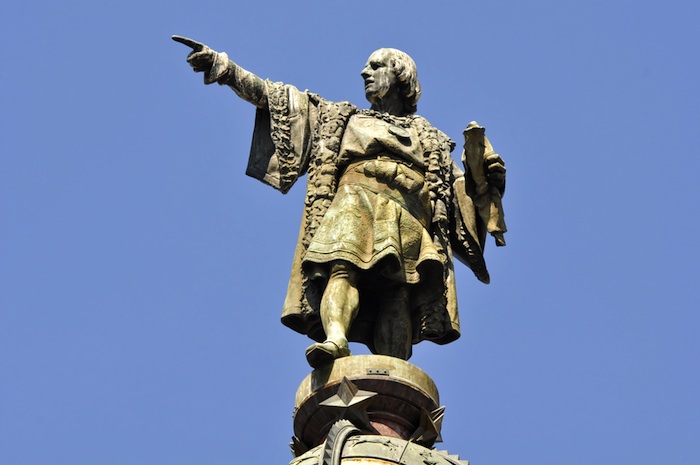 Columbus Day 2013 is officially observed Monday, October 14th, and like the old comedian Rodney Dangerfield used to say about himself, “it don’t get no respect” – at least not much, which is a shame.? While all but 3 states recognize this federal holiday, it has lost almost all significance to most Americans other than those of Italian descent who celebrate Christopher Columbus’ Italian heritage. That’s a shame, as there is much about the Columbus story to celebrate, whether we judge him to be a hero or a villain.

There is plenty of room for historical debate about who Columbus “really” was and what the “real” costs and benefits of his life’s work were. But fighting about what the right answers to those questions are, has robbed us of the opportunity to see that all of our lives are actually very much like Christopher Columbus’.

Columbus Day is a day to celebrate the spirit of discovery which lies at the heart of most great human achievement. Columbus Day is an opportunity to identify with the spirit that sends us on journeys even though we cannot possibly know their exact destination, or how what we discover will impact our lives. That’s not simply a description of Columbus’ travels to the “New World”, it’s the story of all of our lives.

We may not all be world travelers, or travel under royal charter as Columbus did when we do travel, but we are all on journeys. Like Columbus, life will bring us both unexpected challenges and, hopefully, unanticipated rewards as well. Like Columbus, most of us find ourselves pulled between obligations to those we serve, those for whom we have some measure of responsibility, and our own personal desires.

Rather than fighting about whether or not Columbus was a hero or a villain – a brave discoverer of new worlds, or an arrogant conqueror who brought disease and slavery to otherwise happy indigenous populations – we should focus on the animating energy which helps any of us to trust in the “forward gear” in which we should try and keep our lives.