The Power of Do-Overs 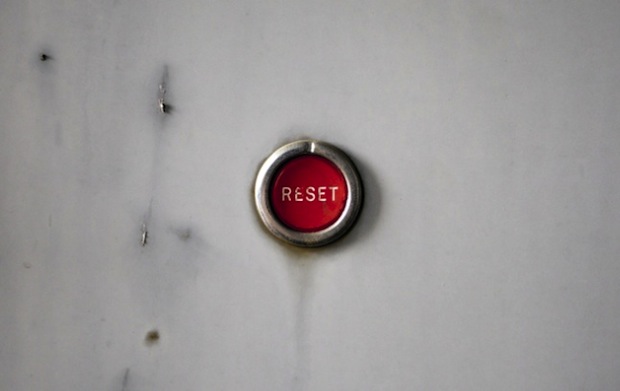 How often have you wished for a “do-over”? You know what I mean. You make a decision or follow a path, and it doesn’t play out as you hoped and planned. I know, in many ways that’s the definition of life, and making the best of that reality is really important.

Sometimes though, we don’t want to make the best of what is, we want to roll back the tape of our lives and start again – we want a do over, and what’s wrong with that? Actually nothing at all. In fact, we begin life with an innate sense that we are all entitled to at least the occasional do over.

Think back to your childhood. Remember playing games that were all about having do-overs? It didn’t make the game any less fun, but at some point, kids started calling “no do-overs” – no second chances, and that was how we began to play. Why? We were growing up, and do-overs felt “babyish.”

We all need and deserve a second chance, a do-over, from time to time.

In truth, we were growing up. We were learning an important lesson about life: there are not always second chances. But that doesn’t mean there never should be. Perhaps that’s the next level in our evolution as humans – recognizing that we all need and deserve a second chance, a do-over, from time to time.

Without pretending that you can hit “Reset” on your entire life – you can’t – think about one area where you’d really like to activate that button and take a do-over. You almost certainly can.

It might take time to pull off the re-setting you long for, but hit the button and begin. In fact, one way to make this easier and to see quicker results (who doesn’t like quicker results, after all?) is to think about your life as having three different re-set buttons, and planning three do-overs for yourself: one short term, one longer term and one really long term.

1. One short-term do-over: How short is short-term? This week. Where is there something you can start over this week? Where can you roll back what’s happening in your life so that in the next seven days you’ll feel the gratification of having a do-over? It need not be something big. It may be that nobody but you knows what has occurred. It doesn’t matter. Try it, and feel the huge impact of even little do-overs.

2. One longer-term do-over: Now that you’ve found your reset button, try thinking a little bigger. Where would you like to hit that reset button regarding something that may take a year or more to pull off? It might even take more than a year, but just remember, you came into this world knowing that do-overs were possible, so why not this one?

3. One really long-term do-over: And if you’re feeling really bold, try imagining a do-over that would be a once-in-a-lifetime kind of thing. In fact, this is something so big, that you know it may never happen. But even if it doesn’t, the dream that it might can remind you that do-overs are a part of life, and you’re certainly entitled to your share. Don’t forget, you also have the power of giving do-overs to others, as well.