The Lesson On Prudence I Gave My Daughter. And The One She Gave Me Back 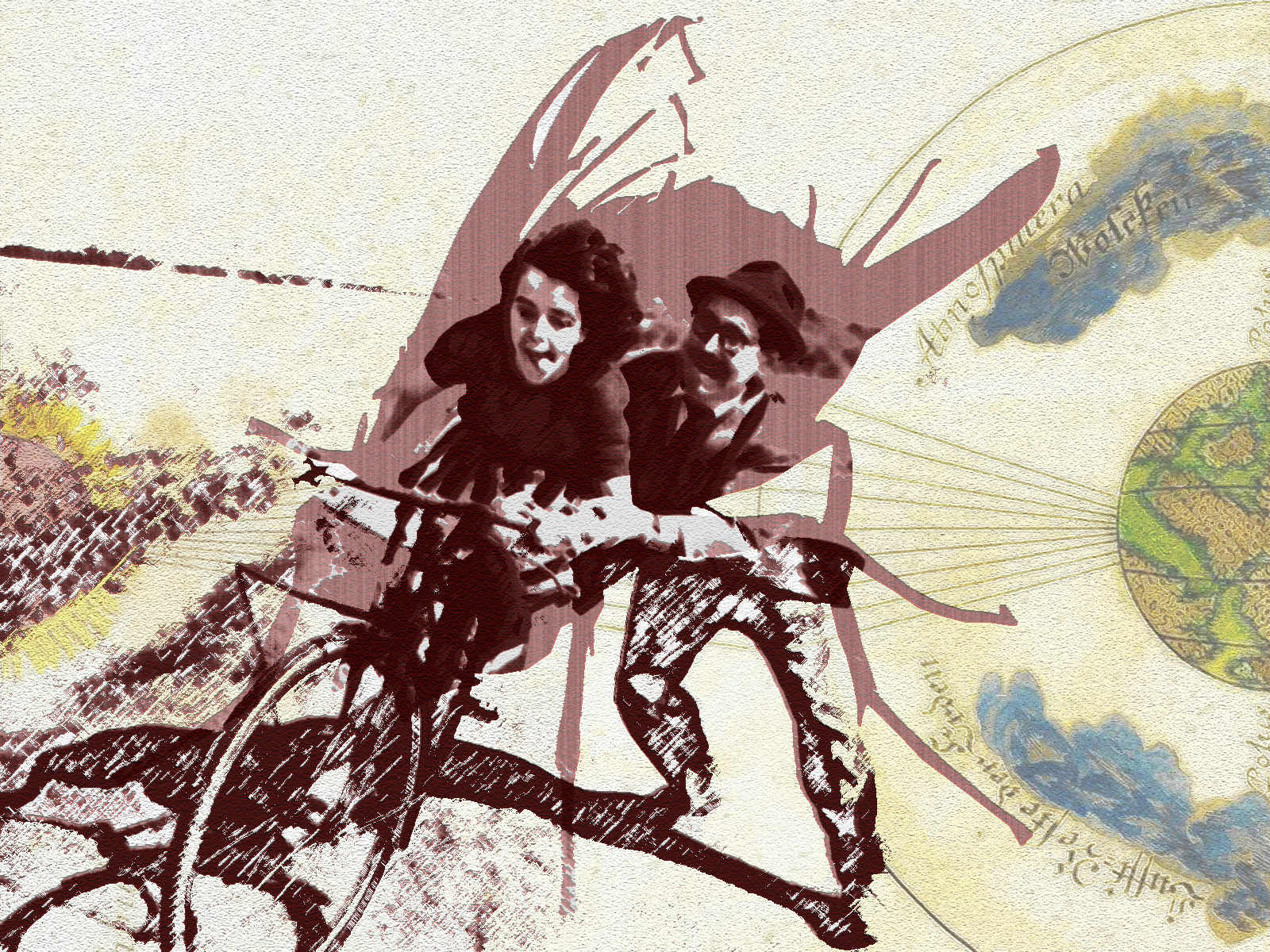 I’m teaching my 15-year-old daughter how to drive. It’s a nerve wracking process, one that is seriously testing my ability to remain calm under pressure. My kid is actually a pretty good driver. She still has much to learn, but I’m confident that she’ll catch on quickly. It’s the other folks on the road that scare me. I tried to explain this to her during one of our recent drives by sharing a lesson I was taught when I was learning how to drive: when you’re behind the wheel, you have to assume that every other person on the road with you is out to get you. This lesson had an impact on me, teaching me to be suspicious of my fellow drivers, expect the worst from them and be prepared for their recklessness. For my daughter, the lesson fell flat. While her eyes were intently focused on the road, I could detect that infamous teenage eye roll. “Dad,” she said, “that’s just depressing! It’s not how you teach me to deal with other people. It’s a sad and paranoid lesson.”

I don’t blame my daughter for not liking my lesson. She’s right – it’s sad and paranoid and I don’t teach her to assume the worst in people. While I want her to respect the power she has when she gets behind the wheel of a car, I certainly don’t want her to be afraid of driving. So, as I sat in the passenger seat next to my child, I tried to reframe my lesson in a way that reflects her optimistic outlook on the world.

As she continued to drive, we started to talk about auto insurance. She was surprised at how much it costs. My daughter, always looking for a good bargain, asked, “Can’t we get it for a better price?” I explain to her that we could, but that if, God forbid, there’s an accident, we would have to pay more money out of pocket. “But,” she replied, “what if we never need to use the insurance? Isn’t it a waste?” I told her that I wish I had a crystal ball that would allow me to predict the future, but, in lieu of this crystal ball, I try my best to make certain that we’re prepared for the unknown.  “For the same reason,” I said, “we carry a spare tire in the back of the car…just in case we need it.” I elicited another teenage eye roll when I told her that before our next drive I would teach her how to replace a flat tire with the spare.

Eye rolls aside, I could see my daughter slowly taking in our discussion. What we were talking about wasn’t an easy concept for a kid. Pearl S. Buck, the author of The Good Earth, wrote that “The young do not know enough to be prudent, and therefore they attempt the impossible – and achieve it, generation after generation.” While some of the impossible achievements of impulsive youth are commendable, impulsivity is not a trait I want to encourage my 15-year-old daughter to embrace, especially while she’s learning how to drive. On the contrary, I realize that I’m interested in fostering within her one of today’s least embraced character strengths, not just among children and teens, but among adults as well: prudence. While it sounds so old-fashioned and unfairly evokes images of Victorian purity, prudence is a misunderstood strength. It encourages us to think under pressure, plan for the future and make wise choices. Prudence counters impulsivity, empowers us to act with strength and enables us to move forward with confidence.

A lot of us, especially our teenagers, could benefit from dabbling with the underappreciated character strength of prudence. And, as I journeyed down the road with my daughter behind the wheel, I realized that this was the perfect moment to get my kid thinking prudently. I explained to her that driving is not simply about getting from point A to point B. By some mischance, we can unintentionally and unfortunately wind up at point C – a place we didn’t want to go. We could get a flat tire, or, God forbid, get into an accident. This is why we need to learn how to put on that spare tire and carry auto insurance – just in case. Stuff happens that you don’t plan for, stuff you don’t want to happen, but you know, just maybe, might happen. And so you plan for it. “When you’re driving you have to be ready for the unexpected,” I explained. My daughter smiled and said, “This is a much better way of looking at things Dad!”

Realizing that I was getting somewhere, I continued. I asked her to imagine driving by herself to school one day. On her way to there, I tell her, a driver unexpectedly cuts her off. But, because she was ready for the unexpected, she’s able to react quickly and safely and get to school as planned. “That’s kind of like why I learned Taekwondo,” she said. “It gave me lots of confidence and was good exercise, but most of all it taught me how to defend myself. I’ve never had to do so, but I’m glad I know what to do – just in case.” And with that my daughter showed me that she’s already embraced prudence. We simply need to transfer what she learned in the dojo to the car.

As always, my kid’s insight taught me something really important. She started learning Taekwondo many years ago and at that time, unbeknownst to me, started to figure out how to incorporate the discipline and preparedness associated with prudence into her life. Her ability to connect her martial arts training to her driving lessons not only shows me just how much she understood what I was trying to teach her, it also makes me think how much better the world would be if those of us who pride ourselves on our prudent driving skills could transfer these skills out of our cars and into the rest of our lives. Imagine if we approached our goals and dreams just like we drive toward a specific destination, prepared for the unexpected to get in our way, trip us up and knock us off course. Imagine if we were ready for life’s obstacles and knew how to respond in ways that kept us and those around us safe and secure. Imagine if we weren’t afraid of what lay around the bend, but, instead approached the bend confidently knowing that we’ve got a plan – just in case. From sitting in the passenger seat next to my daughter, I’ve learned that whether we’re teaching our kids how to drive, driving ourselves down the road or journeying through life, some prudence in our tank will certainly help us reach our destinations safely.