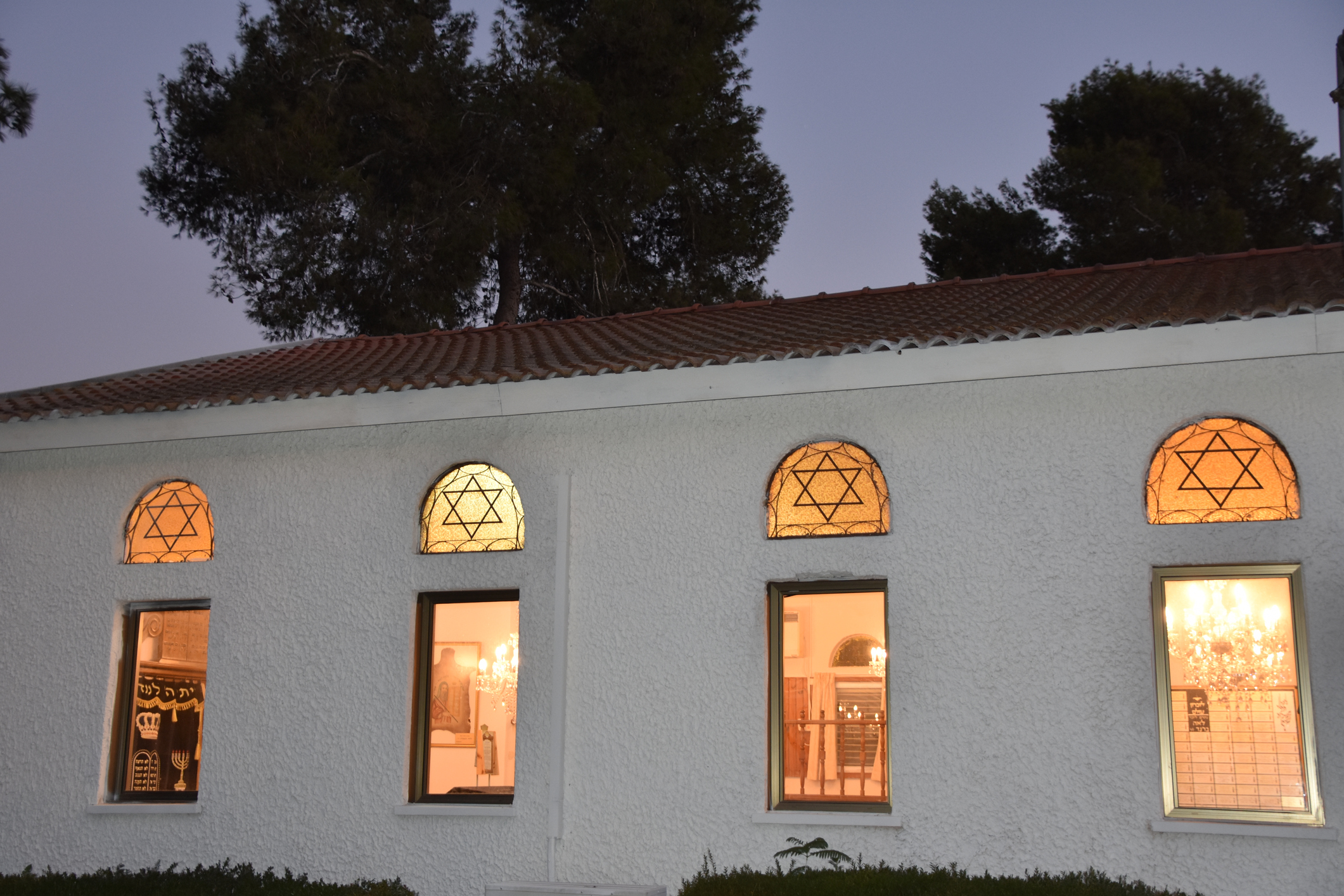 Kol Nidrei, the opening prayer of Yom Kippur (Day of Atonement) sparks deep emotions and for some is one of the highlights of the day. Jews flock to synagogues the world over, not wanting to miss a single word of Kol Nidrei. Its haunting tune stirs thoughts of prayer, repentance, and connection with God and our communities – but maybe only until we pay attention to the meaning of the Aramaic words.

All vows, prohibitions, oaths… that we may vow, swear, consecrate, or prohibit upon ourselves from this Yom Kippur until the next Yom Kippur… regarding them all, we regret them henceforth. They all will be permitted, abandoned, cancelled, null and void… (Translation excerpted from The Complete ArtScroll Machzor, Ashkenaz)

Why do we start the holiest day of the year, a time for deep introspection and repentance, with something so mundane, seemingly even unethical, as trying to wriggle out of our commitments?

I’d like to suggest an idea inspired by two biblical accounts involving vows. In one account, the vow has devastating consequences, while in the other, the vow is rescinded and tragedy averted; both, I believe, shed light on repentance.

The story of Jephthah in Judges chapter 11 seems, until we meet his daughter, to be a fairly positive tale of a man disowned by his family who makes it on his own, building such a reputation that he’s called upon for help when Ammon attacks. When diplomatic communications fail to convince the Ammonite king to back off, Jephthah leads his people in a successful battle – a battle that must have been won quickly and decisively, as Scripture doesn’t bother offering much detail about it. Two details of note that it does include: (1) God assisted the victory, and (2) Jephthah had made a particular vow in hopes of earning that assistance.

And Jephthah vowed to God, and he said, “If You will surely give the children of Ammon in my hand, then it will be, the one that comes out of the doors of my house to meet me, when I return in peace from the children of Ammon, will be for God and I will bring it as an offering.” (Judges 11:30-31)

Tragically, the first to exit his home when he arrived was not a sheep or a goat, but his daughter – an only child – singing and dancing to celebrate his safe return.

Scholars are divided over the precise meaning of Jephthah’s vow: Did he intend to include human sacrifice as a possibility, or was he (perhaps naively) assuming he would be met first by an animal? There is also extensive debate about the nature of its fulfillment; based on several textual details as well as a traditional horror of human sacrifice, many commentators (e.g. Isaac Abarbanel) insist that she was not killed but was placed in isolation to live (but not to die) purely “for God.”

Jephthah said, “I am the head of the judges of Israel, head of the princes; I should lower myself and go to a commoner?”

Between the two of them, that poor woman was lost from the world, and they were both held responsible for her death.

As if that weren’t awful enough, the next lines of the midrash further deepen the tragedy: although a straightforward reading of Scripture implies the unnamed daughter accepted her fate immediately, the midrash suggests she actually argued – correctly – but her father wouldn’t hear of it.

When he was going to sacrifice her, she cried before him. His daughter said to him, “My father, I came out to meet you with joy, and you will slaughter me? Did God write in his Torah that Israel would sacrifice human souls before Him? It is written in the Torah only ‘when a person of you brings a sacrifice to God of an animal’ – of an animal, not of a human!”

He said to her, “My daughter, I vowed! … Can it be that one who vows will not fulfill his vow?”

The daughter responds with two scriptural precedents: in both, a parent’s vow seems to commit their children to God but they do not, in fact, then slaughter them as sacrifices. Her father is unconvinced, but not because he has a counter argument; rather, the midrash continues, “She said all these things to him, and he did not listen to her.”

Why didn’t he listen?

I don’t think it’s because he was eager to kill her; as soon as she came out of the house and he realized what he’d done, he tore his clothes in mourning. Part of the reason for his stubbornness, the midrash tells us, is that he was not a learned man – but that can’t be the whole picture, because his daughter was teaching him what he didn’t know, offering him an out, and he simply refused to listen.

It seems to me that the midrash is suggesting two factors, perhaps related, lay at the heart of Jephthah’s stubbornness, even at the expense of his daughter’s life: his pride and a misguided adherence to his own word.

Contrast this to the story of a different type of vow in the first book of Samuel, chapter 25.

The story opens with David, the rising king (he’s been anointed but Saul is still on the throne), asking a wealthy landowner to return a favor. We learn that David and his entourage had at some point helped Nabal the Carmelite’s workers, and now David finds himself in need of food to support his hundreds of men – but Nabal refuses, insulting David obnoxiously in the process. Upon receiving the response, David immediately arms himself and calls upon 400 of his men to do the same.

Invoking God’s Name, David declares he will decimate everything of Nabal’s (v. 22).

What happens to David’s vow?

As soon as Nabal’s wife, Abigail, hears what her husband did, she loads up the requested food, gets on her donkey, and fearlessly rides off to meet the young warrior almost-king with a speech that, on the face of it, could be taken as adding insult to injury. Though couched in subservient platitudes, Abigail’s message is clear: If David goes through with the massacre, it will be murder and he will regret it, and by God, it’s a good thing that “God has prevented you from murder” (vs. 26).

God has prevented him? What nerve! David hasn’t responded yet; how does she know he won’t just push past her and her little donkey to carry out his sworn revenge?

After all, David was on a set course of destruction, undertaken in God’s Name, with 400 men and their swords behind him. How could he back down?

Like this: As soon as Abigail finishes her speech, David exclaims,

Blessed is God…who sent you today to meet me. And blessed is your reason, and blessed are you, in that you prevented me this day from blood… However, by the living God…who prevented me from this evil; for had you not hurried and come to meet me, there would be nothing remaining of Nabal’s by morning. (vs. 32-34)

David is often viewed as a paradigm for repentance, usually in light of his conduct following the later Bathsheba story (II Samuel chapters 11-12). This moment with Abigail highlights a fundamental trait that allowed him to repent so immediately and completely: David was able to accept his own capacity for mistakes and appreciated the opportunity to fix them. Maybe more fundamentally, he understood that there is such a thing as fixing mistakes. He understood that the past does not have to define the future, which is why he could change course on a dime, stopping 400 armed men in their tracks, despite his hasty declaration in God’s Name.

Jephthah, on the other hand, thought a vow once made had the power to lock him in; there was no further choice. He had determined his course of action and, whether it was a matter of personal pride or a piety of ignorance or both, he refused to veer from it no matter how many ways out were open to him. He simply “didn’t listen.” He believed “I am unable to go back” (Judges 11:35).

Unlike David, Jephthah couldn’t allow for the undoing of a mistake. His story is a tragic illustration of how a person might become trapped by the past: by what we’ve done, by what we’ve said, or by what we’ve planned. We might think we have no choice but to follow through on a particular course even after realizing its downfalls, or we might simply be too embarrassed to backtrack.

As we embark on Yom Kippur and engage in the process of repentance, perhaps the Kol Nidre prayer, with its long list of types of vows and long list of potential forms of release from them, serves as a reminder that change is possible. As seriously as vows are taken in Jewish Law, there is room to cancel them when such redirection is appropriate, and as seriously as we take misdeeds, the gates of repentance are always open. We don’t have to be locked in to the mistakes of our past. There is always a way to change course for the future, if only we can open our minds and see it, and if only we can resist our own pride and do it.