The Deep Mysticism Of The Celts And How It Influenced Christianity 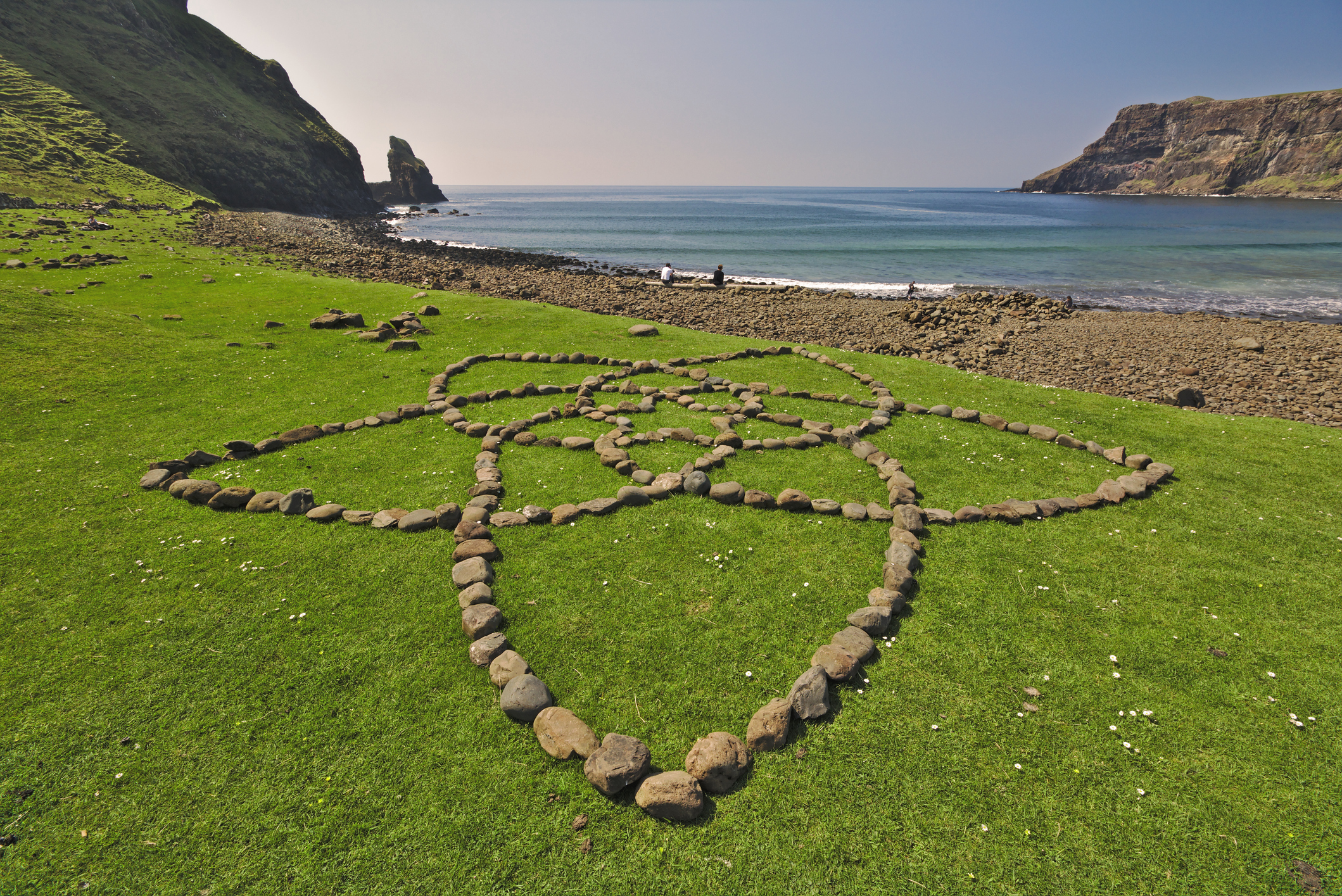 The word “Celt” is believed to come from the Greek word “Keltoi”, meaning “secret people”, and has been used to denote various tribes from central Europe origin who migrated west, mainly across the spectrum of the British Isles. The binding factor used to identify these groups and their descendants has been the similarities within their ancestral languages and dialects, found in such guttural, yet lyrical tongues as Welsh, Cornish, and Gaelic. But there are other defining features of what is now considered to be “Celtic”, both in a cultural and spiritual sense, and which are steeped in tradition which encompasses elements within Paganism and Christianity alike.

The Ancient Celts were a highly mystical people, with great emphasis placed upon fate and the fitness of things. They believed that life, death, and rebirth were endless cycles across the spectrum of multiple worlds and that wisdom was gradually revealed to the Spirit through a long string of lifetimes and manifestations, working inward, like a labyrinth, to the center-point of all Being in which all things are connected by the same energy, from human beings to animals to trees to rocks and all other forms within the broad-sweep of existence.

In Celtic mythology, we find examples of these alternate realities outside of time and space as we understand it, such as Tir na Og and Avalon, as well as a plethora of legends involving beings from other planes of existence that cross the borders and blur the edges of our worlds in order to cross into our own universe, as the sometimes trouble-making, sometimes aid-giving fae folk. We also see various examples of shape-shifting as symbolic of spiritual growth, such as in the famous story of the goddess Ceridwen chasing Gwion Bach after he accidentally ingests some of the magical brew intended for her son. Both of them transform into various animals until she becomes a hen and he a grain, which she promptly devours, preparing for him to be reborn from within her as Taliesin, the greatest bard of the land had ever seen.

The spirits of ancestors were also said to have the ability to return to locations which had been “thin places” for them, a custom which is seen in the very popular Scottish ballad Loch Lomond, when the ghost of a Scottish soldier hanged by the British government during the Jacobite Rebellion of 1745 takes the “low road” back home, symbolic of a liminal pathway traversing life and death, while his surviving comrade takes the “high road” over the mountains to reach Scotland once again. On the festival of Samhain, considered by some to be the Celtic New Year, the mysterious figure of Herne the Hunter is believed to blow his horn, unleash his hounds, and inaugurate the “Wylde Hunt” to gather together the souls of the dead, making that night the “thinnest” of the year, and setting the groundwork for the present celebration of Halloween.

The kings of Celtic society were supposed to symbolically “marry” the spirit of the land, the goddess whose body was the earth and whose blood were the rivers, and she would be the one to declare whether or not a man was fitting to rule. There are many legends mirroring this tradition, from the stone that screams at Tara when the rightful king stands upon it to the sword in the stone that can only be drawn out by a worthy hand. There is also the deep-running tradition of recognizing the sovereignty of the lady before being able to summon one’s own power, such as the story of Prince Pwyll being unable to catch up with the horse goddess Rhiannon in a chase until he courteously requested that she stopped.

The Druids served as priests, wise-men, and judges, performing religious rituals, counseling the kings, and meeting out justice to law-breakers. Today, modern-day Druids are mainly connected to this tradition via their belief in certain connective tenets, such as a belief that Nature is conscious and containing within it the spark of a deep magic, that the Soul interconnects all things as spokes on the same wheel, and that the Prophetic Spirit lives on through the practice of various forms of artistry given birth through “Awen”, the mystical inspiration that in mythology emanates from the cauldron of the universe, mixing the various substances of our interior and exterior reality and giving rise to our identities as from out of a womb.

The bards in Celtic society were the guardians of legend and lore, the mouthpieces of the chieftains, and collective historians of their clans. According to Erse oral tradition, they memorized such things as treaties and land transactions, and were said to be able to tell a new story for each night of year. They also acted as heralds in battle, walking with immunity between warring clans, for they were greatly feared for their ability to make or break one’s reputation with their witty rhymes and ballads. But even worse than being taunted by the bard was to go unmentioned by him altogether, which was symbolically seen as robbing a person of their very existence. One of the cruelest Celtic curses ran: “May your name be forgotten forever.”

When Christianity came to Celtic lands, it took on distinct features within those regions, mixing past wisdoms with new theological concepts brought over first from the Middle East and then the Greco-Roman world. In part, this was an intentional effort to make the introduction of Christianity more palatable for the conversion of the pagan masses, but on the other hand, it was also a natural meshing that came into being via the practice of the people who found that, on various levels, the two traditions had certain areas of common ground that could be comfortably held together in unison and enrich each other, like the sight given by two eyes instead of one.

While there were certainly still notable differences and hostilities between the Pagan and Christian wings of Celtic spirituality in an historical as well present-day context, the unique blend that birthed Celtic Christianity should never be underestimated, especially as it has made quite the come-back in recent years and inspired a rich outpouring of Christian spiritual literature with a decidedly Celtic flavor. Many of the Celtic saints personified much that was best in this through their lives, teachings, and examples, as well as the storytelling tradition that sprung up around them, carrying on the bardic prerogative and bringing a fresh sense of mystical awareness to doctrines rendered relatively dry by the Greco-Roman philosophical style of disputation and analysis.

This was especially true of the defining Christian tenets of the Trinity and the Incarnation, as well as an emphasis on the sacramental principle, the contemplative tradition, the intersecting nature of time and eternity, the affirmation of creativity, the hospitality to outcasts, the scholastic imperative, and the beautiful concept of “Anam Cara”, or “Soul Friendship”, which not only involves the binding of persons as spiritual help-mates but also a deeper notion of reconciling oneself to all things. First and foremost, we must reconcile ourselves to God, then to our own souls, then to our fellow men, then to the natural world, and ultimately even to Sister Death itself, who, according to Celtic tradition and mythology, is like a fierce old crone who turns into a beautiful maiden if welcomed with a kiss.

In my own journey towards deeper communion with the divine, I strive to assemble the best of both worlds presented under the Celtic banner, honoring the spiritual and storytelling traditions brought to the fore by artistic and spiritual contributors of various faith traditions and cultural backgrounds who have in some way been touched by the Celtic spirit which proves as timeless as the tales woven by her bards. They make it live anew in a plentitude of ways, and encourage me to find my grounding in the Name of the Three Hands, Creator, Redeemer, and Guide, as well as with the Blessing of the Four Elements, Fire, Water, Earth and Air.