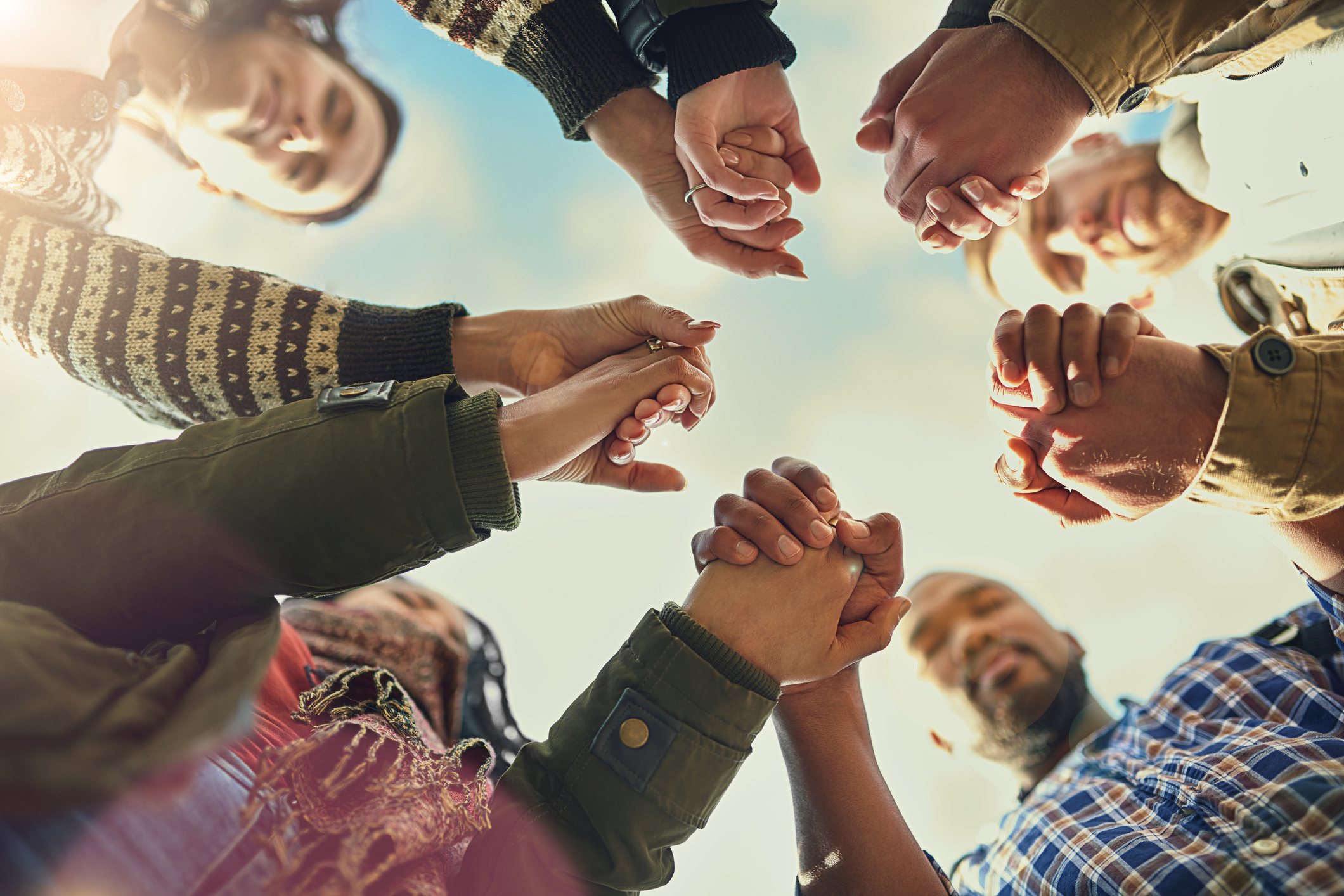 In November 2016, as I listened to speeches by the new administration, I felt a chill and sense of dread. Nightmares began to haunt me, awakening my genetic memories as a post-war German. I remembered stories I was told as a child by my relatives. In 1934, my grandfather lost his job as a history teacher after speaking out against the Nazi takeover and ended up in a labor camp. My mother, a 22-year-old medic, joined the American liberation-force in 1945 to liberate Auschwitz. As I grew up, I grappled with these tales of horror.

Because of my history, I worried that I was overreacting to possible danger. As a psychologist, meditation teacher, author and mother of three, as well as a Buddhist practitioner of 38 years, I like to bring balance to my own reactivity. And, at the same time, I am committed to raising awareness and promoting compassionate action. One of my favorite teachers is the Dalai Lama. Every year, in October, I travel to Dharamshala to attend his talks. He inspires me enormously with both his balance of mind and his teachings on compassion. “Without Love and Compassion,” he says,” humanity cannot survive.”

Now we witness children, who had been cruelly separated from their parents on entry to the country, being housed in detention camps.  And we watch groups of safety-seeking refugees being criminalized and incarcerated. These are horrors to be taken very seriously. Paul Krugman from the NY Times puts it, “…the real crisis is [not immigration but] hatred-unceasing hatred that bears no relationship to anything the victims have done.”

The current administration suggests that circling our wagons and excluding others who are seen as a threat to our wealth and wellbeing makes us happier. As Trump said famously in his inaugural speech, “From this day forward, it’s going to be only America first. America first.”

I find it repeatedly disturbing to hear Trump’s promotion of Americans over all others and isolation of our country from the rest of the world as ways to make ourselves be better-off. The evidence speaks otherwise: what we are seeing is a growing culture of hate, anxiety and meaninglessness, with a 30% rise in suicide rate, especially among the young. Just last week a 15-year-old high-schooler with a Spanish name was found dead on one of the beaches in my home-town, Santa Barbara, his school back-pack full of stones.

During this time of unease and confusion following Trump’s election, I have been waking up at 5 am with a sense of foreboding in my body and a pounding heart. I have noticed how my sense of alarm has been deepening as the days have gone by. One morning, during meditation, I sensed my grandfather standing behind me. I knew that I had a choice: either I could allow myself to sink deeper into despondency, or I could try to do something.

Along with my husband Michael, a palliative physician and, like me, a student of Joanna Macy’s engaged Buddhism, I organized an evening that offered a safe space for our townspeople to voice their fear, frustration and grief. Each month, on the first Tuesday, we began to provide a protected, open-minded forum, where neighbors could reflect together on how to be compassionate and engaged in a time of uncertainty. We start each gathering with a compassion meditation, thus forging an inner refuge allowing us to keep our hearts open. Through the months we have set up panels with Jewish, Buddhist, Muslim, Hindu, Christian, and American Indian leaders as well as psychologists, historians, musicians and poets, who inspire our neighbors with ways to go forward–to be courageously engaged.

As we have tried to find ways to be of help, we have felt helped. Our Solidarity and Compassion evenings have continued for the past eighteen months and I have noticed that, even though I continue to feel horrified and outraged by what is unfolding on a national level, I now feel a sense of empowerment and belonging.  My early morning anxiety has vanished.

My friend Ralph Manuel, a Chicano studies professor, told me on a long walk that he was beginning to feel increasingly numb and helpless. I encouraged him to become active by organizing support for those who are vulnerable. 500 people came to the vigil he organized last week, and he has confided in me that he has felt much less anxiety since he organized help for his students that are Dreamers.

Arno, an immigration lawyer, whose law firm defends those in danger of having to leave the country, used skills he had learned in a mindfulness training to teach meditation and self-care to his burnt-out colleagues. Currently, he is organizing a meditation group for his frightened immigrant clients, allowing them to find an inner sense of refuge, as well as a way to respond, rather than react, to their many challenges. He reported that some of his own sense of overwhelm and foreboding has subsided and that he now feels even more passionate than before about his work.

I am reminded of the word Bodhicitta, which I learned on a trip to India in 2011, when I was visiting the Dalai Lama in Dharamshala. Bodhicitta is the wish for all beings to be well, to be happy, and to be free. Even our wish for own awakening is dedicated to the well-being of all. The Dalai Lama said, “Bodhicitta is the medicine which receives and gives life to every sentient being who even hears of it. When you fulfill the needs of others, your own needs are fulfilled as a byproduct.”

When we act on our wish to share our riches such as knowledge, insight, happiness or wealth with others who are less fortunate, we are acting with the motivation of Bodhicitta. As we act with the intention to help others to be more at ease, healthy, or safe, we notice that we become happier and more confident in ourselves. At the same time, we notice a growing desire to continue working for the wellbeing of others. Our longing for connection, and to see others well and happy becomes intertwined with our own happiness, a sense of meaning, and purpose.  I call this the “Bodhicitta Effect.”

Emphasizing the Buddhist principle of dependent co-arising, the Dalai Lama emphasizes that one’s own happiness is contingent on the happiness of others. In his powerful book, Ethics for a New Millennium, he says that happiness comes from a deep and genuine concern for others. The Dalai Lama calls giving to others, “wise-selfish,” because in the end, when we give, we gain as well.  I read that Mahatma Gandhi said, “The best way to find yourself is to lose yourself in the service to others.” Could we transform the idea of “self-help” from “me-help” into “we-help”?

Often, we are taught that in order to be happy, we need to give priority to taking care of ourselves and, perhaps, a very few near and dear ones.  Even some Buddhist groups hold the belief that it is important to limit their efforts to personal practice. Such views can discourage practitioners from becoming engaged on behalf of those in need in the wider world. But in fact, as His Holiness continues to remind us, when we care for others, we will feel happier, less afraid, less alone, and more empowered.

Kelly, a woman, who has come for years to my meditation group, told me how she had begun to feel increasingly numb, disempowered and helpless when witnessing our national, international, as well as environmental crises. She switched her TV off, blanked the news out and turned to knitting as her new hobby. Her women’s knitting group tried to stick to topics like grand-children, patterns for baby shoes and personal affairs.

But Kelly has found that this only worked to some degree. Dreams of children behind fences and of angry mobs running down the streets of her town woke her up at night. An old friend recently told her about an initiative to become a “Big Sister” to a disadvantaged child. Somewhat reluctantly, Kelly agreed to meet a 14-year old Latino girl, Claudia, whose parents had been deported and who was now living with an aunt.

Wednesday afternoons, Kelly began to meet with Claudia. She had a wonderful idea: she would teach Claudia how to knit. As they sat together, Claudia told Kelly stories about her parents, and how she did not know when or if she will be able to see them again. This knitting tutorial became deeply important to both Claudia and Kelly. Kelly has come to realize that, in addition to helping Claudia, she wants to find ways to help others like her. Kelly also noticed something else; she herself had changed. First, Kelly was not sure what this change was. Then she realized that the leaden depression she had been experiencing for the past year had softened into what she described as an open heart.

A central teaching of the Buddha is that the true nature of life is interdependence.  Could it be that if we choose an activity with the intention of freeing another from suffering, that we are aligning ourselves with “the way things are”? We are aligning ourselves with the mutual co-arising of all things, and this brings us joy.  Happiness emerges spontaneously and organically when we practice interdependence.

The Bodhicitta Effect means that our happiness, confidence and sense of meaning are interwoven with our willingness and ability to share our knowledge, wisdom, and kindness with others. This effect is activated in every act of kindness that aims to relieve another’s suffering.

During the same trip to Dharamshala, when I was introduced to the teachings on Bodhicitta, I met one of the Dalai Lama’s translators, Mr. Tsepag. He taught me the word “popba”, which in the Tibetan language can be understood as courage, strength, gutsiness. Popba is a quality that comes straight from our hearts when we have the wish to assist another, especially when they are in distress. The positive action we extend in response to another’s sorrow comes back to us as self-esteem. We feel stronger as we act on the grounds of popba.

There is one caveat. It is essential that the motivation for popba is genuine, that it does not come from guilt, from obligation or pressure from authorities, or from the desire to enhance one’s own ego-importance. Popba must come from an authentic feeling and a spontaneous wish to be of help to others. The best thing about popba is that popba leads to popba, which leads to more popba, snow-balling itself along. As our emphasis shifts towards giving, and we go beyond merely satisfying our own needs, we will experience popba again and again. Through an increased sense of self-worth, we can meet the world feeling more resilient, capable and free, and an expanding ability to serve others in need.

Radhule Weininger, MD, Ph.D., clinical psychologist, and teacher of Buddhist meditation and Buddhist psychology. She is mentored by Jack Kornfield in her teaching and by Joanna Macy in her interest in Engaged Buddhism. She teaches nationally and internationally. Her book "Heartwork: The Path of Self-compassion", with a forward by Jack Kornfield, was published by Shambala Publications and her article, "Sisyphus, the Bodhisattva" by Lion's Roar.