The Book That Teaches How Atheists Can Spiritually Mourn 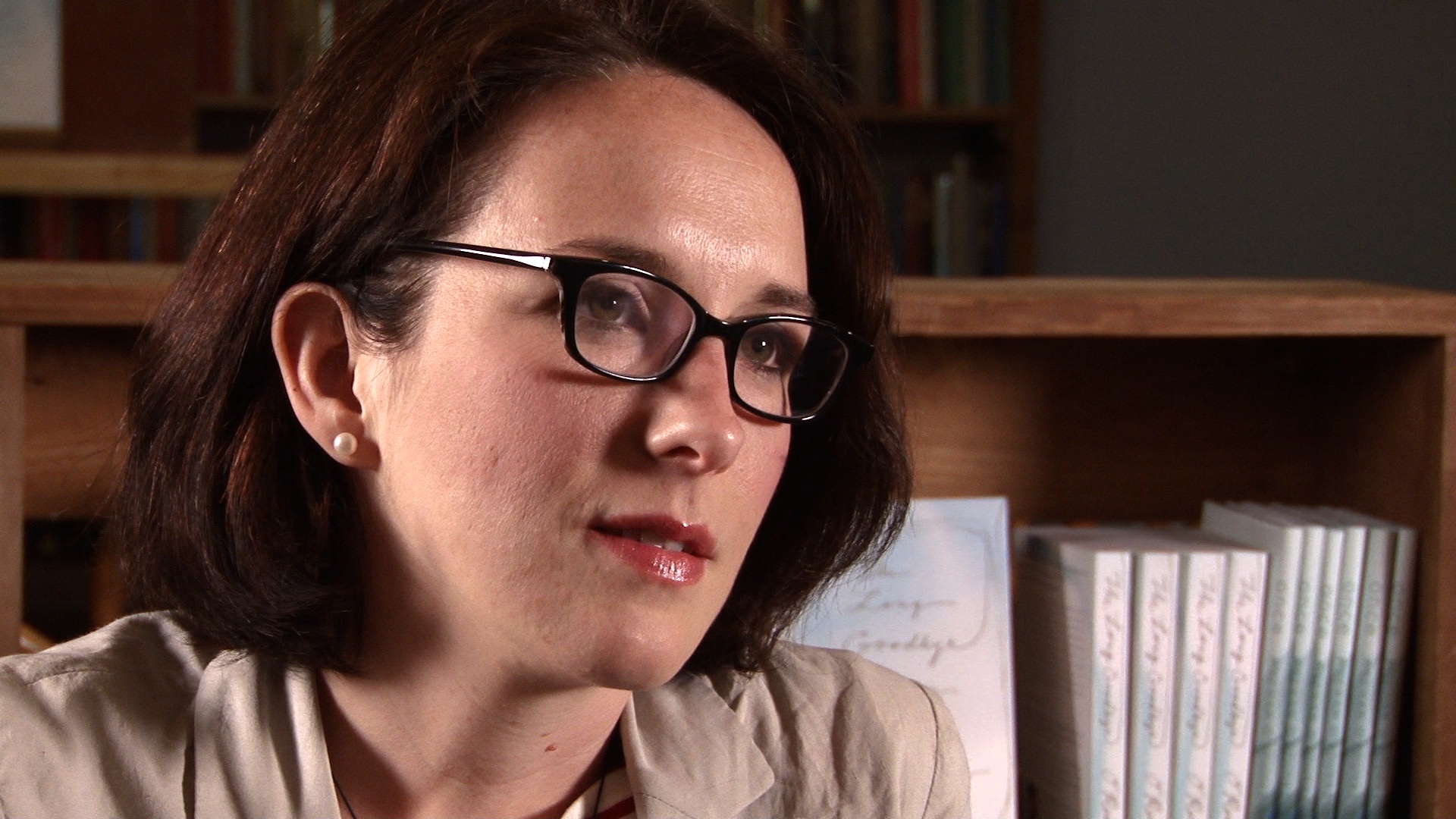 “Man alone chimes the hour. And, because of this, man alone suffers a paralyzing fear that no other creature endures. A fear of time running out.”
–Mitch Albom, The Time Keeper

Human beings naturally fear the mundane. Loneliness, heights, and death stand in as go-to responses when one is asked to relay one’s greatest fears. We fear the vast, the dark, but primarily, the unknown. We fear what we cannot grasp, and struggle to create dialogue on these topics. We contextualize them while flattening them into works we can read and pick apart. So too, we create genres and templates and rituals.

The most continuous and constant variable mankind possesses is time. But what do we do when it runs out? I’d like to argue that the concept of death and mortality is, by far, the most abstract and difficult to process. The principle of the cancellation of existence, the removal of a soul from a body, and the descent of that body into the earth – is an explicable absence that is truly beyond comprehension. Thus, the work of the elegy extends a hand to the mourner. It offers solace and a promise of replacement and new attachment. The conventions of the elegy offer a forum, an “AA” for the bereaved to dip their shovels back into the earth and assist in the apotheosis of the deceased. The author of the elegy adopts the ability to eternalize the dead by, in a sense, writing them back into existence. But is this real? Does this work? After all, isn’t the elegy for the living, not the dead?

In Meghan O’Rourke’s memoir The Long Goodbye, we explore the deeply emotional journey of a daughter grieving her terminally ill mother. Over the course of the novel, O’Rourke implements many elegiac conventions such as denial, reality testing, and constant lamenting. She explores the concept of rituals in the work of mourning as she ponders those which belong to different religions and traditions. As an atheist, O’Rourke experienced a notable lack of opportunity to formally express her mourning through rituals. As a writer, her only solace appeared to be the creation of her mother’s elegy.

Yet, this is the story of a mourner. A simple mortal, forced to understand the unnatural. If time is the most natural moving organism, then that which stops it simply defies the laws of humanity.

“Time doesn’t obey our commands. You cannot make it holy just because it is disappearing.”

Exactly. As O’Rourke’s time with her mother drained and fell away, she was left with an empty husk of a heart – she was motherless and forced to deal with her unnatural passing. Death stops time, interrupting the cycle and interfering with the patterns in which the living have become accustomed to. How do we go about filling in these holes? O’Rourke desperately searches for rituals, a template – yet, her atheism seemingly stopped her in her tracks. Upon her death, O’Rourke’s mother is not “religiously mourned.” There is no shiva, no wake, no house full of casseroles, no answers. Without mourning rituals, O’Rourke couldn’t grasp the absence of her mother.

In a culture so prepared to deal with crime and scandal, it is shocking to ponder how difficult and perhaps impossible it is to console a mourner. You simply cannot. There is no correct answer. There is no effective script or template or method. The loss of a loved one is positively unfathomable and arguably, inconsolable. O’Rourke writes,

“What had happened still seemed implausible. A person was present your entire life, and then one day she disappeared and never came back. It resisted belief.” There is something so impossible about putting one’s mother into the ground. Of course not. O’Rourke beautifully laments, “Nothing prepared me for the loss of my mother. Even knowing that she would die did not prepare me. A mother, after all, is your entry into the world. She is the shell in which you divide and become a life. Waking up in a world without her is like waking up in a world without sky: unimaginable.”

A mother is one’s ticket into the physical world. Without one, we cannot enter. How can the being who created us, simply stop existing?

“‘I am a transient in the universe,’ I thought. Why had I not known that this was what life really amounted to? I was not entirely surprised to find that being a mourner was lonely. But I was surprised to discover that I felt lost. In the days following my mother’s death, I did not know what I was supposed to do, nor, it seemed, did my friends and colleagues, especially those who had never suffered a similar loss. Some sent flowers but did not call for weeks. One friend launched into fifteen minutes of small talk when she saw me, before asking how I was, as if we had to warm up before diving into the churning, dangerous waters of grief. Others sent worried e-mails a few weeks later, signing off: ‘I hope you’re doing well.’ It was a kind sentiment, but it made me angry. I was not “doing well.” And I found no relief in that worn-out refrain that at least my mother was ‘no longer suffering.'”

This awkward, outside intervention enables no mourner to feel normal. These behaviors are all so implied. This abnormal, outsider perspective belongs exclusively to the mourner. O’Rourke begs for her mother to return. She looks for her in places she once was and recalls her in moments so fleeting, yet so lively. The ultimate question we’re asking is – how can the mourner keep the dead alive? Can O’Rourke write her mother back into existence and keep her forever? Can the elegy truly take the place of formal rituals?

Thus, the elegy is a replacement – a tool to be manipulated, a means of comprehending the incomprehensible. The formatting is non-linear, as the author revisits moment after precious moment with her mother. The text kills her! As the opening line announces,

“My mother died of metastatic colorectal cancer shortly before three p.m. on Christmas Day of 2008. I don’t know the exact time of her death, because none of us thought to look at a clock for a while after she stopped breathing.”

Yet, she allows herself to be distracted and to linger on other moments. She recounts their trips and the kind and motherly things she learned from her. O’Rourke’s mother becomes a text to analyze. She becomes the elegy – a work, a constant and ever present piece which will live on with her forever.

But something feels wrong here. It is the aspect of the unnatural which left myself, as a reader, desperately uncomfortable. By trapping her mother in this text – O’Rourke may keep her forever – but the aspect of stealing a tragedy for a tale, of flattening a three dimensional being into the pages of the elegy, seems to correspond to the goal of mourning rituals themselves.

By creating a template for the mourner, a routine, we are attempting to make death normal – something we can understand and perhaps even hold. But we can’t, even if it is a natural part of life. We create a set of steps for the mourner to follow to take away from their unfathomable pain. We distract them – we offer awkward and kind gestures. However, it is by default and, perhaps by accident, that we belittle the experience of mourning by attempting to explain it. Rules are for moments of practicality. Yet, there is no way to change the ending of the story. As O’Rourke searches for an alternative ending, and grasps desperately for any possible source of control, the only result is her elegy – a physical collection of words and pages, the inanimate in exchange for the living.

This may be our moment of solace. Each human mourns differently. Rituals are meant to offer comfort, not to generalize and belittle. Thus, we each have the right to establish our own rituals. We are each able to ponder and recover at our own pace. Perhaps the beauty is in the memories themselves. Each mourner has a story; however, not all may choose to tell it.