Are You Being Heard, or Just Being Loud? 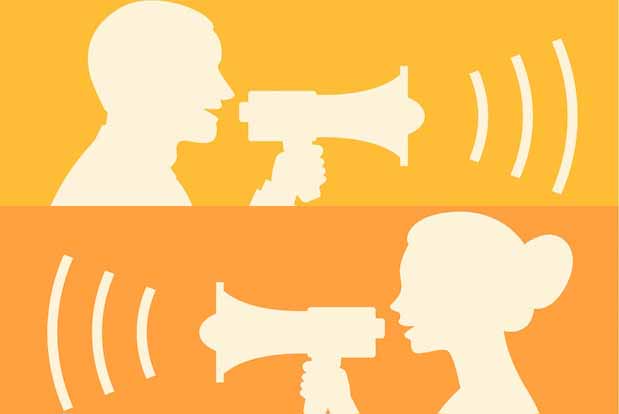 Talking past each other is a human problem which affects us all. More often than not, it afflicts us with those about whom we care most. If we didn’t care, there would be no conflict. We would just walk away.

I came across a recent example, concerning the Church of Jesus Christ of Latter Day Saints, otherwise known as the Mormon Church.?Over the years, I’ve had the privilege of developing some wonderful relationships with senior leaders in the Church and I have learned much from them about many things, including the practice of hospitality, the centrality of service to others (whether they’re part of the church or not), and a deep willingness to listen – even to words which may be uncomfortable to hear.

The people I have met are not only friends, but have become teachers and role models. Perhaps that’s why I find this story not only disturbing, but surprising. A group of LDS women who support the ordination of female priests, has not only been denied access to the Priesthood Session at next month’s General Session, but have also been told that they will be barred from Temple Square as well. Any protest they seek to make will have to take place in the existing “free speech zones” beyond the square.

What if all parties asked how they could make room for the dignity of those with whom they disagree?

To be clear, it is not my place to weigh in on the legitimacy of the women’s push for equality, especially as I am not a member of the church. And I certainly would caution them about making statements such as this one from movement leader Kate Kelly: “We are not against the church – we ARE the church.” I have no doubt about the first claim, but the second is just not so.

In fact, 90% of LDS women and 84% of LDS men oppose the ordination of women as priests. So, while the women certainly are a part of the church, they are not the church. Given the sophistication of this community, I wish that were better understood by both sides. If it were, much of this controversy could be avoided, even if no agreement about the ordination of women is found.

What if each group approached this moment differently? What if, instead of talking past each other as they lobby for their respective positions, and by extension de-legitimating the position of those they oppose, all parties asked how they could make room for the dignity of those with whom they disagree?

What if the Church’s official leadership figured out some way to honor the protestors’ love and devotion to the Church by recognizing that they are not just like other protestors? And what if the protestors asked for serious conversation about teachings in the church which would at least make it possible to discuss the idea of women as priests, instead of pressing for things which they knew would only polarize the situation? And that is just two suggestions which spring immediately to mind.

Of course, neither the problem of talking past each other, nor the approach I am suggesting is limited to conflict within the LDS Church. This just happens to be a community about which I care, and for which I have enormous respect and admiration, so the story struck a chord.