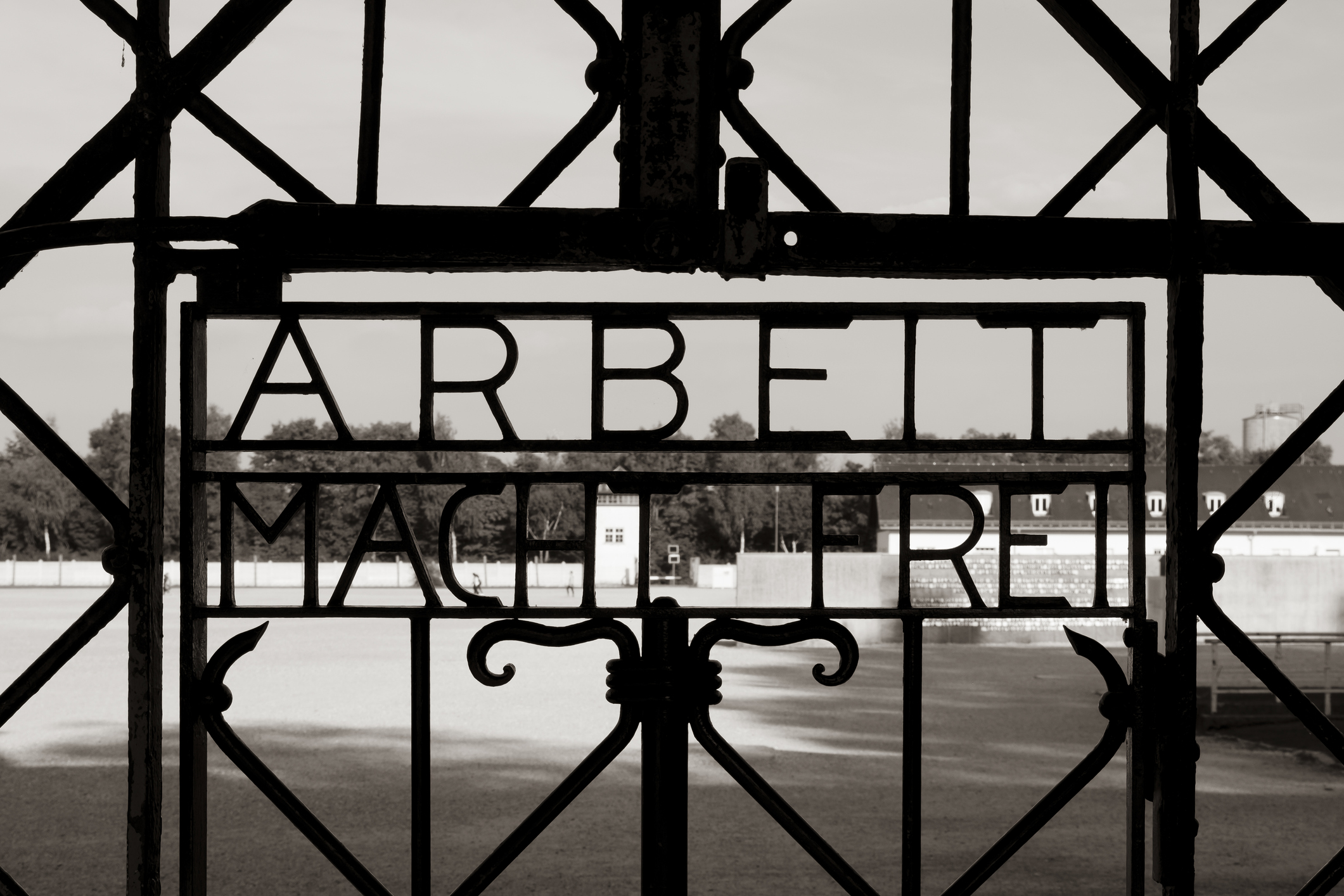 I’m the daughter of Holocaust survivors, and I’m going to Germany for the first time in late September.

In Exodus, God commands Moses to tell the Israelites: take a lamb, kill it at dusk, take of the blood, and put it on the two doorposts and on the lintel.  God will go through the land of Egypt that night and smite all the first-born. He will execute judgment. The blood will be a token upon the houses. God will pass over, spare the Jews, and they will not be destroyed.  This day shall be a memorial; keep it as a feast throughout the generations.

The blood on my family’s doors did not save them.  God did not pass over their homes; He did not redeem my family; they were not spared.  Six million are gone. I have struggled with this throughout my life. My parents taught me to believe in God, even though they were deeply disappointed in Him.  I cannot reconcile the promise of redemption with my personal history, and I know that the Shoah breaks every theological underpinning. It is an uneasy relationship. Perhaps all I can do is pray that God heals the brokenhearted and will bind up my wounds (Psalm 147).

My mother was born in Fulda and, in the spring of 1936, first-grade classmates lined her up against a wall and threw rocks at her, called her Jude, Jew, because she refused to say, “Heil Hitler.”  The principal brought her home, said he could no longer protect her. Her parents were able to get her out of Germany to the Israelitisch Meijes Weishaus, the Jewish girls’ orphanage in Amsterdam. She would wait to see her mother again, traveling back to Germany in December 1937 to get her visa to America.  She could no longer speak to her mother as she only spoke Dutch and her mother only German. Six months later, in March 1938, her parents got out of Germany and came to Holland to get her. They traveled to Le Havre France, where they boarded a ship to America. My mother, who was seasick for the ten-day journey, still remembers telling her father, “Wenn nur der Hitler verrecken würde,” that everything would be okay if Hitler croaked.  “There were 104 girls in the orphanage. Four survived,” my mother told me.

My father was born in a small village, Niederstetten, in southern Germany.  He hid in the cellar of his home, along with his mother, father, older sister, Ruth, and younger brother, Josef, during Kristallnacht, the Night of Broken Glass, November 9 and 10, 1938, as the rioting and looting sponsored by the Nazi government was unleashed on the Jews.  The next morning, he was ordered to report to Town Hall and told he was being arrested.

“What for? What did I do? I’m only sixteen,” he asked the police officer.

My father, along with nine men, was loaded onto a truck that had an advertisement on the tailgate, “Trink (Drink) Coca-Cola.”  They were taken to a county jail, and two days later sent to Dachau.  He was made to write a postcard home saying he was well taken care of.  My father told me that luck was getting a hat. He was released at the end of December because he had applied for visas to get out of Germany. The Nazi government didn’t want people going out of Germany and telling officials in other countries what was happening in Dachau.  He received his visa to come to America and booked passage on a ship that was to leave Germany on September 1, 1939. He got a call that there was a place on a ship leaving ten days earlier, and he arrived in Hoboken, New Jersey on August 30, 1939.

There is a lot of blood on the door I will walk through.  My father’s mother, father, older sister, and younger brother were gassed in Auschwitz in November 1942.  A sister and two brothers, one cousin, and an aunt survived. The rest were murdered in Terezin, the Rumbala Forest, and more.  My mother was lucky to come with her parents, but she lost every relative, except for her older sister and one aunt, in camps such as Sachenhausen, Sobibor, and Stutthoff, or they were rounded up and disappeared after it was no longer possible to get out of Germany.

There will be a memorial to those who were murdered in the Holocaust, and I was invited to attend.  I’ll also be speaking at the same school my mother attended. My father’s hometown is only two hours away by train, and I will visit there as well.  The people who live in his former home have agreed to let me in. I am grateful for that. The Jewish cemetery was not destroyed during the war.  On the outskirts of a forest, it was left alone. Some of my ancestors are buried there. I will recite the Kaddish, even though there will be no minyan, as well as other prayers.  If the graves need cleaning, I will do that.

I’m not sure I’m ready to go to Germany, not sure I will ever be, but the door opened, and I’m walking through it.  When I go through customs and am asked, “business or pleasure,” can I say that I want to see the house where my father was born?  To see the school my mother attended before being chased out? Can I reply that I’m coming to reclaim something, but don’t know what that is yet?

I’m not going so I can tell Hitler that he lost, that I won. That isn’t the truth for me. I never got to meet over 90 percent of my family. That’s not winning.  I’m not going to shame or confront Germans. I’m going to meet new generations, those born after the war. My parents never taught me to hate, rather to encounter each person I meet as an image of God.  I want to do that when I go – to have an open mind and act with dignity. Perhaps, I should just answer business: the business of heading into the past to see how my future might unfold – the origami of many possible folding and unfolding futures after going back to the country where its leaders wanted to slaughter every Jew on this earth.

I want those who came before me to know that I am here, that my life has value and meaning, and I try to honor them in everything I do.  This undertaking is momentous for me. It will change me. I don’t have any idea of how, but I know I will not return to the United States the same person.  I want my family to know that I came to see where they were born. The blood of my family and the six million is still a token, it remains on the door. I memorialize it.  I am going to walk through to see what is on the other side.

My father’s little brother, Josef, wrote in one of his last letters, “With God’s help, we will get to America.”  Now, I can bring them back with me.

Sukkot and a New Ecosystem of Jewish Leadership