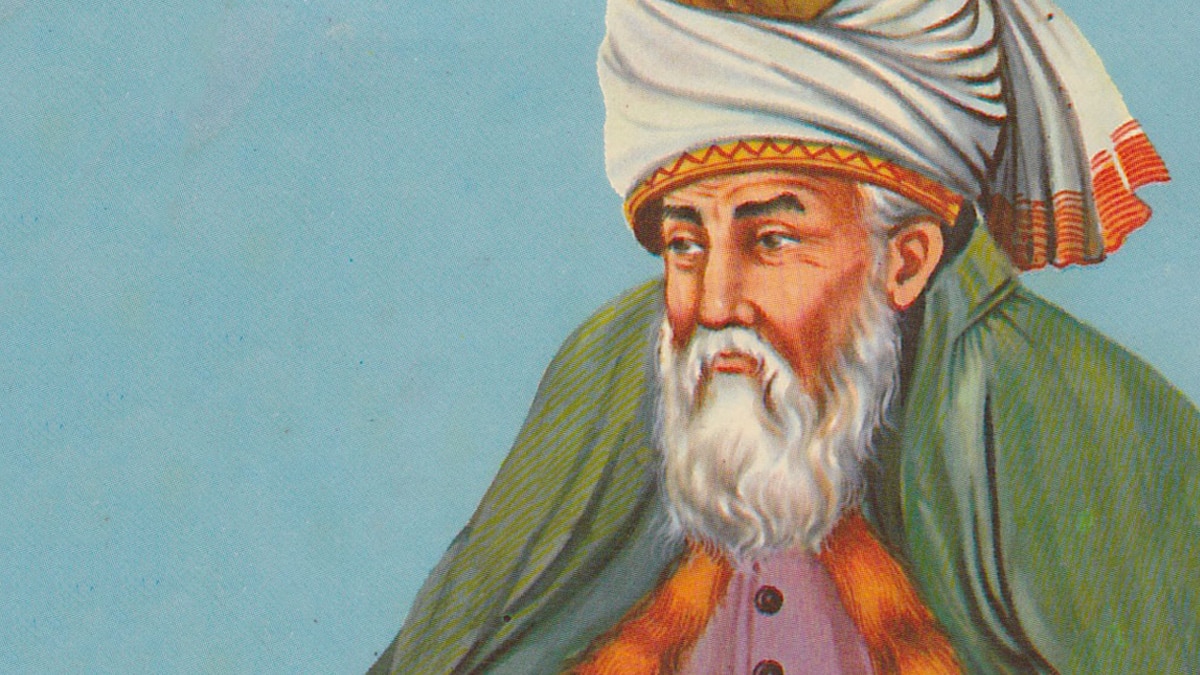 When I started working full-time as a wedding officiant, I purchased a few new poetry books to aid me in writing ceremonies for my literary-minded couples. One of those books was Coleman Barks’ “The Essential Rumi,” a translation of poems by the 13th century Persian poet par excellence. Since then, I’ve recommended a few of Rumi’s poems and prayers, as well as had couples ask me ahead of time for Rumi’s words to grace their ceremony.

I expected Rumi’s love poems to add beauty and depth to my work as a wedding officiant. What I didn’t expect was how much Rumi’s religious poetry would speak to me as a person of faith.

Rumi was a Muslim, born in Afghanistan and raised in the Sufi stream of Islam. He honoured the Prophet Muhammed in his writings, but also Jesus and, of course, God. The familiarity with which Rumi describes his relationship with God was born from his faith experience as a Sufi. But it also speaks to mine. As a Christian, I often find in Rumi’s words the naming or elucidation of what I know to be true.

One of the first times this happened was when I read a prayer-poem called “Dissolver of Sugar”. It starts with a clear plea to God but ends with this simple, beautiful description:

Love moves away.
The light changes.

I need more grace
than I thought.

Reading these lines as someone who recently stepped down from vocational ministry and was in the midst of a serious deconstruction of faith, I found myself grounded in Rumi’s words. The reality to which he bore witness rang true. Life changes; strengths and weaknesses are revealed. And I, a person whose faith is founded on a belief in the grace of God, continue to plumb the depths of that grace and find I need it evermore.

Another excerpt came flying at me from the pages in a poem called “A Man and a Woman Arguing”. It may have arisen from Rumi’s imagination an actual argument he heard in real life. But it became for me a word of rebuke for current and historical male dominance over religious institutions and religious authority across the faith spectrum:

You talk about God a lot, and you make me feel guilty
by using that word. You better watch out!
That word will poison you, if you use it
to have power over me.

From both his poetry and the narrative about him, it’s clear that Rumi honoured Jesus. On a basic level this makes sense: Jesus is regarded as a prophet in Islam. But when I read “On Jesus”, the first of the poems specifically designated by Barks as Rumi’s “Jesus poems”, I laughed in amusement and wonder at how well Rumi “got” Jesus and what it’s like to interact with Him.

I called through your door,

“The mystics are gathering
in the street. Come out!”

“I don’t care if you’re dead!”
Jesus is here, and he wants
to resurrect somebody!”

Maybe Rumi didn’t think of Jesus as the Son of God or Saviour–as a Muslim, I’m sure he didn’t. But he reframed, in poetry, the Gospel witness about Jesus that speaks to me and other Christians who do think of Jesus in those ways.

Rumi reminds me of something life has taught me over and over again: that Christians like myself don’t have a monopoly on what is good and beautiful and true. It is a temptation of faith communities (and communities of no faith) to believe that monopoly is ours, but goodness and beauty and truth can be found the world over. If we refuse to acknowledge or look for them outside our own small circles, we will be the poorer for it: as individuals, as communities, and as members of a shared world and future.