Ruin Thanksgiving: Wisdom From One White Ally To Another 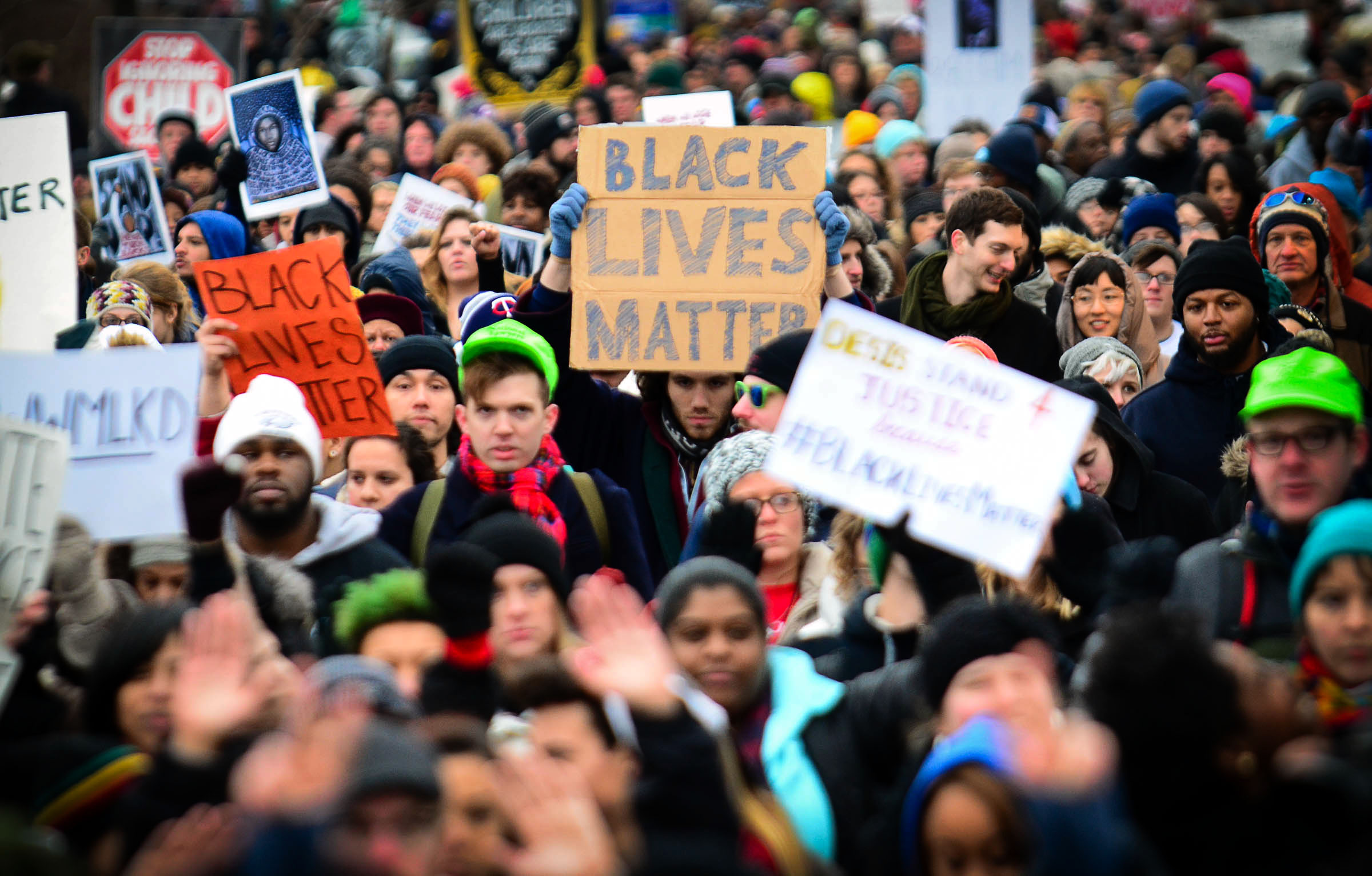 For few months after Michael Brown was shot in broad daylight by a police officer in Ferguson, Missouri–his bullet-ridden body left on the street for hours–I read online the words of my fellow citizens on the best way to pursue racial justice in America. I learned a lot just by listening on Twitter to teachers like Austin Channing Brown, Mihee Kim-Kort, DeRay McKesson and Ta-Nehisi Coates. They told me to center the voices of people of color on the subject; to set myself at the feet of those who know, blood and bone, the pervasiveness of racism; to not try to explain away the experiences of my friends and family of color with the benign constructs of my own white, myopic view.

I have been trying ever since to put their wisdom into practice. But one admonition carved out my particular responsibility as a white American woman, the gist of which follows:

I have searched in vain to find the original tweet and its author, but its words as I remember them gave me courage to start talking to the white friends and family in my life about the racist realities that persist to this day. After raising the subject once or twice I asked a non-white friend if I was doing the right thing. And she answered, “I feel like if you don’t say it, who will?”

So I kept talking. I kept writing and asking uncomfortable questions about how I and people who look like me are complicit in or upholding systems that dehumanize or oppress our brothers and sisters of color. It’s been six years since I first started ruining Facebook (if not Thanksgiving), and I have learned some things along the way about how best to do that.

If you want to learn more about the general fight against racism, I am not the person to go to; instead, read the books and articles of the people whose names I listed above. I can speak only to the white or white-passing person who wants to talk to their white friends and family about this still mighty evil of racism (not just in America, as living in Canada has taught me); the person who finds themselves ready to speak or write for the first time in light of the public murder of George Floyd by police officers in Minneapolis. And if you are, here’s some advice, from someone who’s been practicing a while but still very much figuring it out:

1) Be prepared to be surprised about who in your life is racist. Maybe such information is less surprising since we elected as president the man who kept Mein Kampf by his bed. But it will still be painful. It may render some relationships unsalvageable or very near to it. It will reveal apathy or cruelty in people you didn’t know existed and of which you will wish very much to be ignorant.

2) Be prepared for how many people will remain silent. It may feel as if certain people–those you respect, those who have played an important role in your life, religious and community leaders, etc.–should have something to say when people are murdered in broad daylight or end up dead in a jail cell a few days after a seemingly unwarranted arrest. The reality is that some will speak out, and some–a surprising number–won’t. They will refuse to take sides or complicate their interpersonal relationships and that is a choice they are free to make. It helps to know ahead of time that it will happen.

3) Because some will be silent, be prepared to be labeled as having some kind of “agenda” whether it’s being a liberal or disrespecting/misunderstanding the police or being full of hate. I’m a liberal myself, but conservative friends who speak out against racism are tarred with the same brush as me. This hurts in a lot of ways–speaking out against hate makes me full of hate?–but it does force me to check myself and consider how I engage with others and whether that engagement needs to change.

4) When folks in your life make their criticism personal, fight the temptation to respond personally in return. Stick to the facts. Center and promote the wisdom of people of color. Assume the best of those who push back, be respectful in asking or answering questions, and take serious patterns of the worst. Mute and block when things get toxic or abusive.

5) Remember that even the most painful conversations matter–not only for those you engage with but those who can’t engage and are following from afar. Some people’s jobs or social situations (being a minority in a white majority, having a work contract that precludes free speech) render public engagement on the subject impossible. I regularly get messages and emails from people who hear or read my social media feed or articles and feel less alone. That matters. And sometimes folks who previously haven’t said anything are prompted by something they read to raise their voices as well. That is a gift.

6) Care for your own mental health. Take breaks. But remember that the ability do so is a privilege. I believe with all of my heart that God calls folks to this peculiar work because so many of our people get it wrong. Until we are collectively repentant it will cost those of us who speak out. That is part of the deal.

7) Keep learning. I do not know all there is to know about racism in America or Canada or the rest of the world, neither its history nor how I am currently complicit in it. There is much of which I am ignorant, so much I have to unlearn. Thankfully God has gifted us with minds and hearts that can expand and change, and so I keep reading and keep learning and keep repenting. This is the necessary work until people who look like me and were raised like me reject the lies we were taught, implicitly and explicitly. May it come in our days. And quickly, for everyone’s sake. Amen.