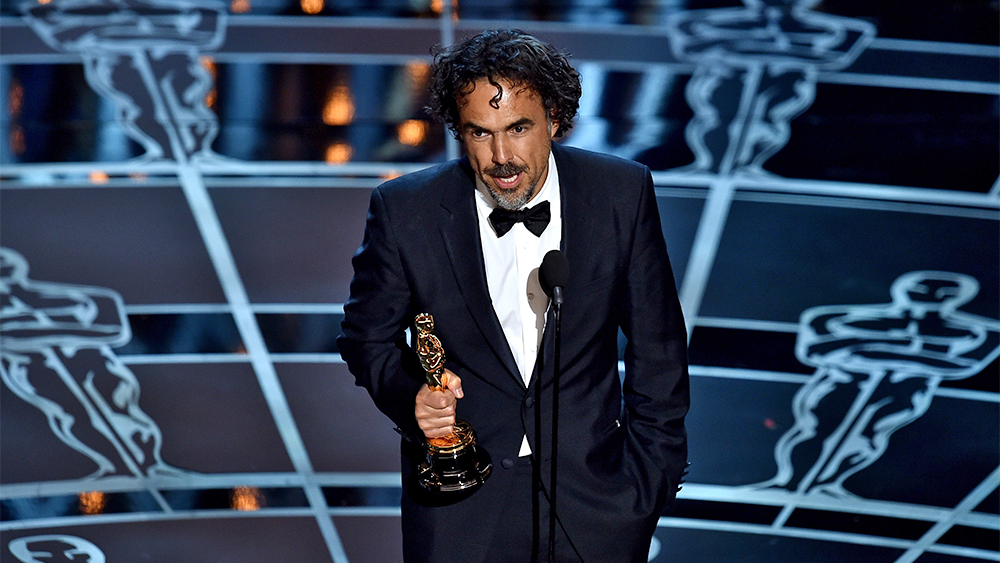 Alejandro Gonzalez Innaritu made news at the Oscars on Sunday night in more ways than one.  Not only did he win back-to-back Best Director awards – this year for The Revenant and last year for Birdman – he took on the #OscoarsSoWhite social media movement and made me more sensitive to the Black Lives Matter movement, though I am sure he didn’t intend the former, and has no idea about the latter.  On the other hand, I actually think that all 3 should matter to anyone who cares about how we all get along, or fail to, especially around matters of race and ethnicity.

In his acceptance speech, Innaritu ended with the plea that “the color of our skin becomes as irrelevant as the length of our hair”.  But should race really be irrelevant?  And if it should be, then doesn’t the entire case made by those concerned about the absence of color among Oscar nominees, fall away?  How can race be irrelevant when it comes to our thinking, and simultaneously be a determining factor in deciding who get awards and who doesn’t?

The simple answer is, it can’t.  As Henry Kissinger said though, “For every complex problem there is a solution that is concise, clear, simple, and wrong”.  And you don’t have to be a global leader or a Harvard professor to appreciate the complexity of race and identity.  The fact is, this is one of those issues where both sides are right, even if they don’t always acknowledge it, and the real challenge/opportunity lies in figuring out how to hold their two truths together.

Innaritu is right in the sense that people should see past the surface of other people, be it their skin color, hair length, etc.  He is wise to point out the hyper-politization and polarization around mattters of race, and of the failure of many who supported #OscarsSoWhite to see the complexity of “a multi – mixed society”.

Innaritu is wrong however about externalities being “irrelevant”.  While nobody should be defined by their outsides, why should the external be totally ignored in favor of the internal?  Is that not also a part of who we are?

At their best, that is what the #OscarsSoWhite folks appreciate i.e. that race does matter.  Who we are, is a product of many things, including the color of our skin and all that it brings with it.  Where they are wrong, in my opinion, is in having focused on race so much that it threatened to overtake all other considerations.  Kind of the opposite of Innaritu’s plea for irrelevance.

So what to do, and how has any of this shaped my thinking regarding Black Lives Matter?  It all comes down to a two word phrase used by Innaritu when explaining his stage remarks following the show – “tribal thinking”.  The difference is, Innaritu went on to disparage it, and I think we need to embrace it with better correctives than we often do.

I am a proud tribalist.  I believe that lines of connection vary among people based upon many things and that is a function of our humanity.  We naturally feel closer to those with whom we have established ties – members of our tribe – and those closer ties evoke levels of responsibility and accountability which, scientists tell us, are simply not sustainable in general, or for all people regardless of our connection to them.

I do feel special lines of connection to my family, simply because they are mine.  I feel special lines of connection to other Jews, because they too are part of my extended tribe.  I am sure that I worry more about poverty in the US than I do about poverty in Africa for similar reasons.  I don’t think this makes me a bad person.  I think it makes me a person.

When I embrace that reality though, I don’t only embrace it only for myself or for those I consider to be part of my tribe.  I embrace the reality of tribalism as part of the human condition, and in doing so; find a kind of otherwise missing empathy for both the Black Lives Matter movement and for #OscarsSoWhite.

While I don’t support many of the things which have been done in the name of BLM, neither can I say that it’s fair to tell Black folks that it’s an unethical movement because “all lives matter”.  Of course all lives matter, but we humans don’t experience life in the generalized abstract.  We experience through our own personal lenses, including race.

So in thinking about this year’s Oscars, I am thinking that both Innaritu and #OscarsSoWhite are correct, but neither as correct as they each imagine themselves to be.  I think that we would do better to embrace tribalism than reject it as Innaritu suggests, as it seems, for now at least, to be a fundamental part of how we are wired.  On the other hand, appreciating that tribalism is part of who we are cannot become an excuse for defining our existence or our every allegiance.

We might consider embracing our tribalism — however it expresses itself — and simultaneously try imagining who we might expand the tribe to include.  In fact, perhaps it’s time for a new movement: #ExpandTheTribe