Is All the Breaking News Leaving Us Broken? 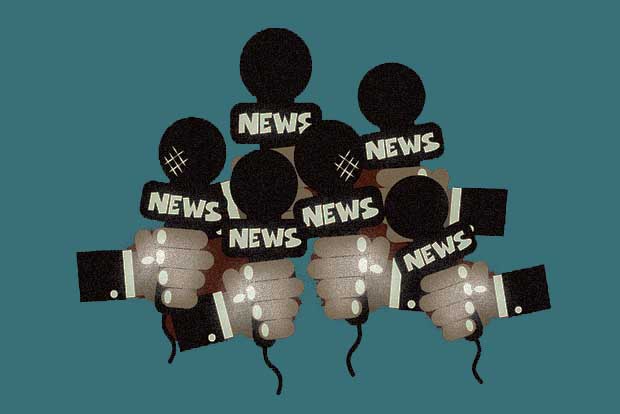 We all want to flourish, but one of the things that make it so difficult these days is the 24/7 cycle of negative news. Studies show that bad news outweighs the good, by as much as 17 negative news reports for every one good news story!

Why is this? Evolutionary psychologists and neuroscientists suggest we seek out news of dramatic, negative events because our brains evolved in a hunter-gatherer society (where if we missed positive news it was inconsequential, but if we missed bad news we were dead), so we care more about the threat of bad things than we do about the prospect of good things. The media responds to this, and gives us what we’re “naturally” attuned to. But contrary to the barrage of round-the-clock news, the facts show that far fewer negative, life-threatening events happen in our daily lives than positive, uplifting events.

If we really want to flourish, we need to become conscious consumers of the news.

Today there’s actually less poverty, violence and illness than at any time in human history. But our brains haven’t caught up with our reality. So we light up to negative news, and wind up more fearful and less happy; we also damage ourselves with unnecessary releases of stress hormones – adrenaline and cortisol – that not only make us anxious and aggressive, but can literally kill us.

The media can’t change the diet of negative news it feeds us, because we’re in a drug pusher/addict relationship. We can keep expecting, in 30-minute broadcast of news, one feel-good story (a throwaway after the weather) even though, on any given day in our communities, the ratio of good to bad news would be reversed.

If we really want to flourish, we need to become conscious consumers of the news (interestingly, no different than our need to become conscious eaters to counter equally addictive and damaging Big Food). We need to develop new habits and reprogram our brains. Knowing that our minds are hardwired to be engaged by bad news, we need to self-regulate how much negative content we watch, while ensuring we take in positive coverage. This isn’t Pollyanna-ish, New-Age advice; rather, it’s a decision we need to make about whether we want to not only be happier, but actually have a more accurate read on reality.

Here’s a news item you probably missed that’s surely as important as some crime, being reported somewhere on the globe. In Cokato, Minn., craftsman Gerald Kumpula bought a crib at a garage sale from Valerie Watts, who wasn’t sure she wanted to sell it. On the way home, he learned from his wife why Watts was reluctant. Over the next two weeks, Kumpala changed the crib into something else, then brought it back to its original owner in a surprising, transforming act of kindness. This clip is well worth two minutes. See how you feel after you watch this, and track how you respond to people for the next hour or so.

It’s important to remember: The stories we see on the news these days leave a false impression of our world. The man in this story is the majority, and every single day, millions just like him are helping each other out with random acts of kindness. But we’ll never know that, unless we curate what we take in.