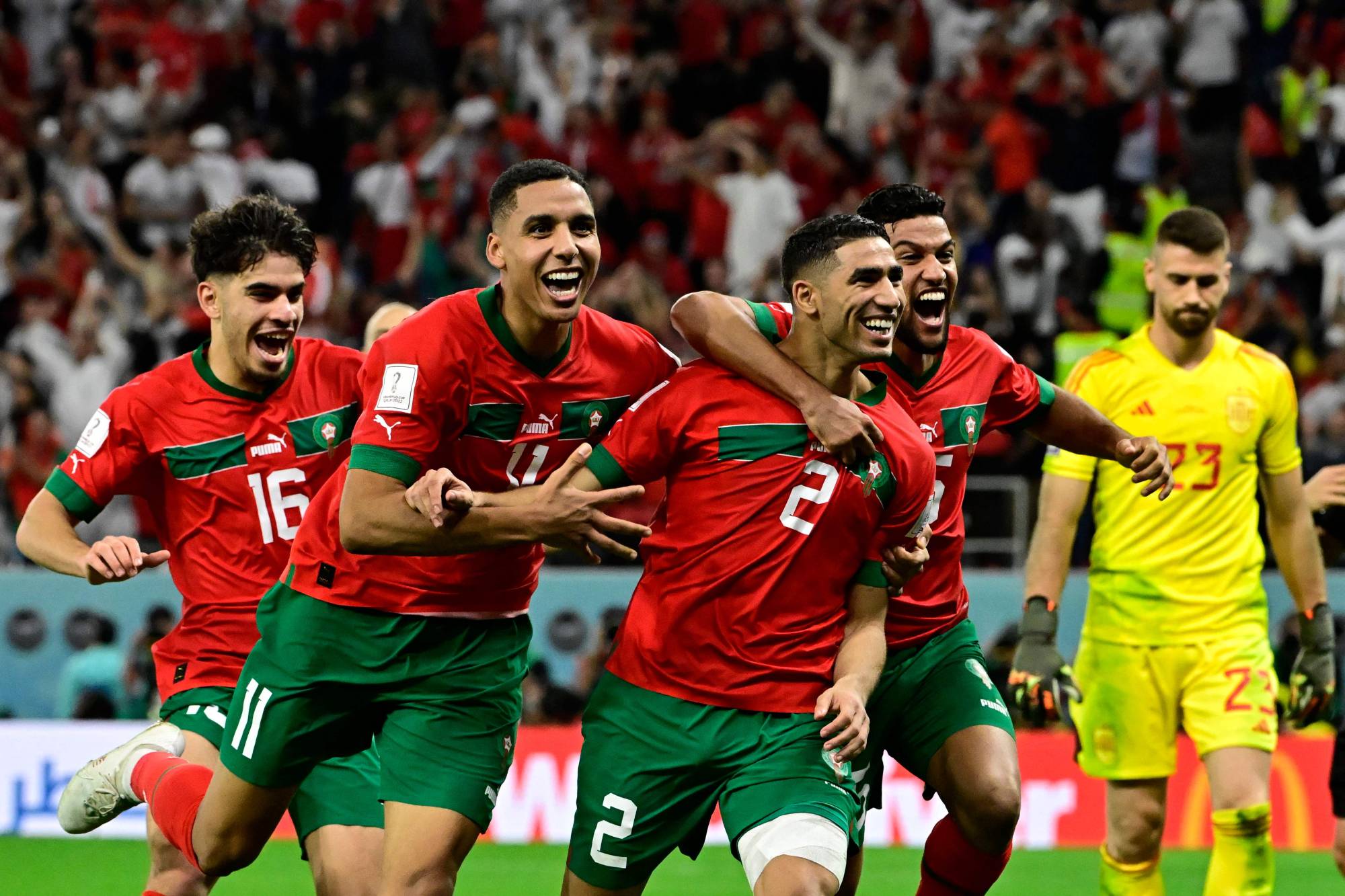 Some would call it collective narcissism, others, simple self-preservation. Either way, there is an inside Jewish joke that reduces every iota of world news or politics to the rhetorical dictum: “Is it good for the Jews?”  But when it comes to the World Cup, the trifecta of Morocco, soccer, and the Jews is no laughing matter.  Morocco’s loss to France in the semi-finals, after an otherwise amazing winning streak, does not change the answer to the jocular question.

Especially in light of the Abraham Accords of 2020, there is renewed focus on Morocco’s efforts to renovate sites of Jewish heritage (from synagogues to cemeteries) and to encourage Jews – particularly Israeli – to visit the storied North African kingdom. Even the U.S. government is getting into the act: the United States Agency for Development funds the DAKIRA (memory) program that increases awareness of and dialogue with non-Arab Moroccan minorities.

As I recently learned in the course of six weeks of Fulbright-funded research, however, over the last two decades, there had already been non-governmental, grassroots efforts by young Muslim Moroccans to raise consciousness about the integrality of Jews to the Kingdom’s past success, and to the overall harmony that characterized mixed Muslim-Jewish villages until regional politics got in the way. Those politics – the creation of a Jewish state in 1948, uncertainty about North African Jewish security in an era of Nasserite Arab Nationalism, and concerted Israeli efforts to encourage Aliya (immigration) – resulted in the mass exodus of virtually all of Morocco’s quarter of a million Jews. Successive wars between Israel and Arab nations stoked the flight. With the passage of time and the fading memory of Moroccan Muslim-Jewish entente, it was too easy for new generations of Moroccans to imbibe a fractious ideology that focused exclusively on the plight of Palestinians at the expense of their own society’s more pluralistic experience.

Enter Mimouna, a university association founded by El Mehdi Boudra and other Muslim students in 2007 to “Promote and preserve the Jewish-Moroccan heritage.” (Mimouna is an implementer of the USAID DAKIRA project through the High Atlas Foundation, a development-focused NGO founded by Yossef Ben-Meier, a former Peace Corps Volunteer who himself is Jewish.) Nothing could have appeared as more quixotic, not to mention counter-intuitive, than the Muslim student Mimouna initiative – even though the very word Mimouna denotes a North African holiday after Passover, at which Muslims convivially joined their now-can-eat-bread again Jewish neighbors.

Now enter Driss, a young Moroccan indoor soccer coach who volunteered for Mimouna and was tasked with outreach to the underprivileged youth who today live in the mellah of Rabat – in other words, the once-Jewish, still somewhat squalid neighborhood in the Moroccan capital’s old city. Driss’s mission? To raise consciousness among young Muslims about the old Jewish imprint on their current residential environment. His method? Soccer.

“Why would they accept me otherwise?” he told me in Tangier, to which he and Soukaina, a female High Atlas Foundation outreach worker, traveled from Rabat to catch up with me. “They have more pressing needs and interests than the history of their neighborhood. But soccer is a connector.” And then Driss chanced upon an irresistible human tie: Jacob Azafrani Beliti.

“Jaco,” as his fans would call him, is remembered as a defenseman on various Spanish soccer teams: Las Palmas, Granada, Rayo Vallecano.  But the name of his first team – Larache – is the giveaway: it is the town in what was then Spanish Morocco, where in 1932, he was born into one of the many Sephardic families who escaped there from the Inquisition of 1492. (Most of Morocco eventually came under French colonial rule.)  Driss not only organized Rabat soccer tournaments in Jaco’s name; he also tracked down the aging soccer player to his retirement home in Ceuta.  Driss even arranged for Jaco to travel to Rabat and preside over the conferring of the “Jaco Cup” to the winning team which played in his name.

Only one week before Jaco was to return to Morocco this past January, however, the 89-year-old former player passed away. Driss has tears in his eyes as he recounts this overtime in Jaco’s soccer life; but he also knows that Jaco died fulfilled, knowing that he had not been forgotten in his native Morocco. And Driss also knows that he succeeded in giving a positive Jewish role model to some otherwise rough-and-tumble ghetto youth back in the Rabat mellah.

So to the question “Was Morocco’s Performance in the World Cup Good for the Jews?”, the answer is at the same time four-fold but emphatically one, depending on whether you speak Darija (Moroccan Arabic), Spanish, French or Hebrew: iyeh, si, oui, ken.  In other words, Yes!