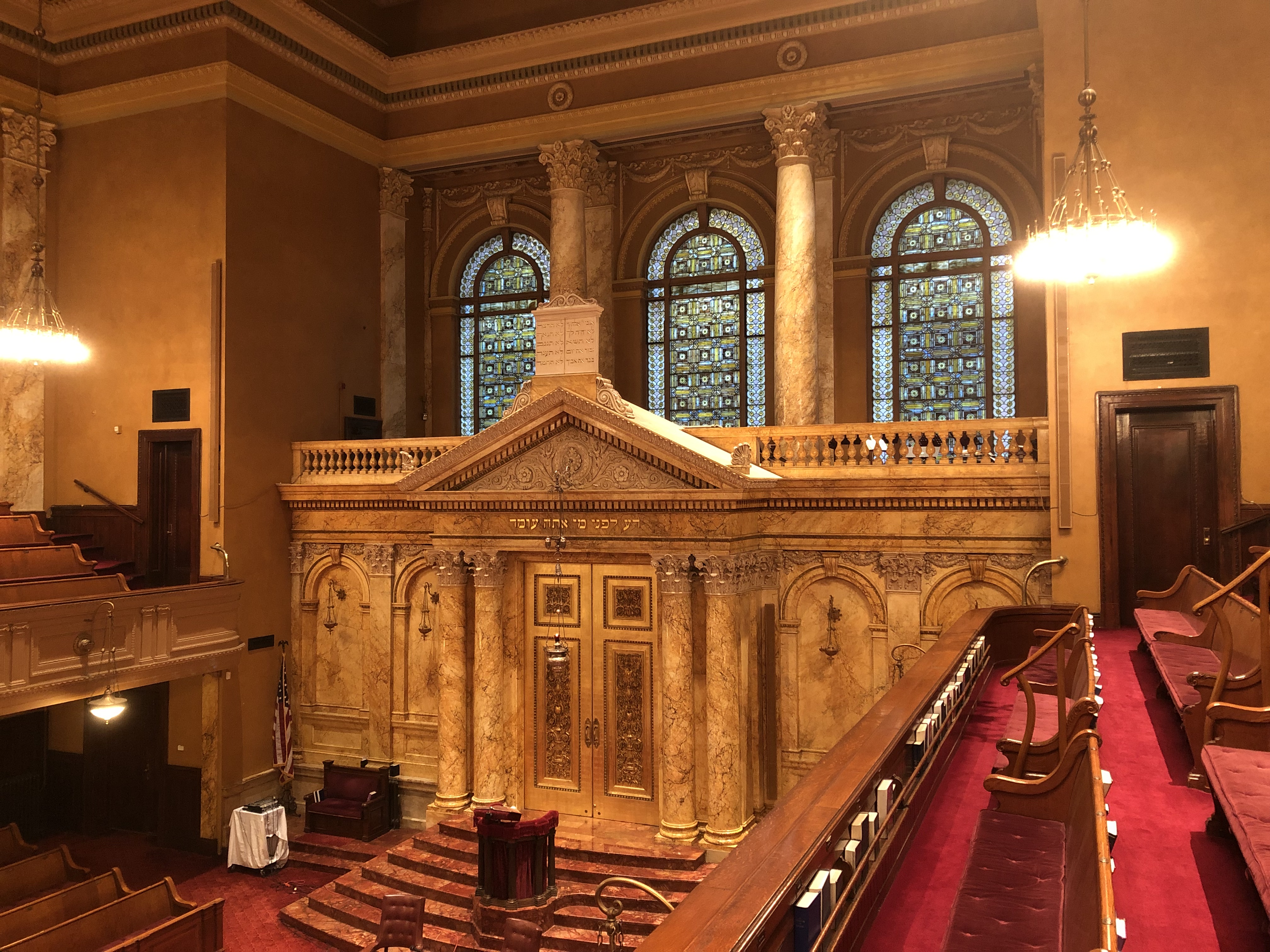 The last time I was at my synagogue, Congregation Shearith Israel, The Spanish and Portuguese Synagogue in the City of New York, was on Purim morning 2020.  It’s hard to believe a year has passed, and Purim is here again.

I was part of a women’s Megillah reading.  No one was wearing a mask.  We passed the Yad (the pointer) to each other without much thought.  Afterward, we gave each other Mishloah Manot (Purim gifts) and attempted to social distance, but that didn’t really happen.

I don’t think most of us had any idea of what was coming.  The lockdown in New York began on March 18.  The synagogue hadn’t been closed since the Revolutionary War when the British took over the city.  Shearith Israel, the oldest Jewish community in North America, was founded in 1654 by 23 Jews fleeing the oncoming Inquisition in Brazil; and the first synagogue in North America was consecrated in 1730 on Mill Street (now South William Street).  Attending services regularly, as well as taking classes, I am also a docent giving tours of the community’s history and the synagogue.

Those first days in lockdown were scary.  Hundreds and hundreds of people were dying every day.  Members were calling each other, making certain everyone was okay.  Food was delivered if people could not get out.  I missed my community; I prayed as much as I could, but I missed praying at the synagogue.

What was hardest was that I could no longer be in the Main Sanctuary.  Designed by Louis Comfort Tiffany, the sanctuary has magnificent windows of stained glass, and the light streaming in seems to change the colors of the sanctuary with the time of day.  Above the Hehal (ark) is written in Hebrew: Know Before Whom You Stand (Babylonian Talmud, 28b and more).  I missed the choir that has sung on Shabbat and holidays since about the 1880s.  It is truly a sanctuary, a place I would go even when there were no services, just to sit, to reflect.  It was the place I went to in the days after 9/11.  It was there, comforting me.  Going to services on Friday evenings was always special.  No matter what my week was like, I knew that when I entered the sanctuary the week would fall away, and I would be in a different space, the choir singing me into Shabbat.  It also held me after my father’s death.

There were no Pesah services at the synagogue, no Shabuot with flowers lining the steps to the Hehal. Tisha B’Ab services were online and to see the sanctuary with the lights turned off, only lit by a few candles, the Hehal covered in black cloth, listening to the reading of Ekhah about the destruction of the Temple was eerie; yet it was comforting to see the sanctuary.  It still inspired me.  Rosh HaShana and Kippur were observed at home.  On Hanukkah, the choir did not sing Min Hametsar during Hallel, composed by Jacques Fromental Halévy.

About 20 years ago, I was in Israel for a family wedding and did not have time to go to Jerusalem.  It was the first time that I’d traveled to Israel and had not gone.  I realized that I had to find holiness in other ways.  My cousin and I drove to a mall.  As we got to the parking garage, a security guard checked under the car for explosives – that was holy work.  Another day, we drove from Haifa to the Dead Sea.  The changes in scenery and climate became holy; the way the road circles down, down to the Dead Sea was also holy.  My cousin said she could feel the Shekhinah, God’s presence, coming down.

I’ve always looked for holiness in many places and experiences including the opera, theater, yoga, my writing, out in nature, and more, but the sanctuary at the synagogue is the place I always go to experience something more sacred.  Though I’ve been a member for over 20 years, entering the sanctuary still takes my breath away.

A year later, as things are getting better and the vaccine is rolling out, I’ve been thinking more about sacredness.  To live with the synagogue as the only sacredness in my life isn’t a way to live, but neither is only looking for holiness away from the synagogue and my Jewish practice.

Still spending most of my time at home, I’m listening to a variety of services and classes online.  I’ve made cooking a holy act – I can feed my family healthful meals during this pandemic.  Taking walks each day, being in the world God created, is another way I continue to feed my spiritual life.

“Let them make Me a sanctuary that I may dwell among them.” (Exodus 25:8).  I’m hopeful that life will soon return to whatever the new normal will be.  Though the synagogue has opened for services, without the choir, I’m not able to go yet; but when I can return, I know that the sanctuary will nourish me.

I also know that the sanctuary I’ve made outside of the synagogue will be a part of my life as it always has. Earlier today on a walk, I watched a red tail hawk circling on air currents high above me.  It circled and circled for the longest time, my heart filling up in the morning light of the sanctuary.