Looking Back at ‘Charlie Hebdo’ Reactions, from Press to Protests 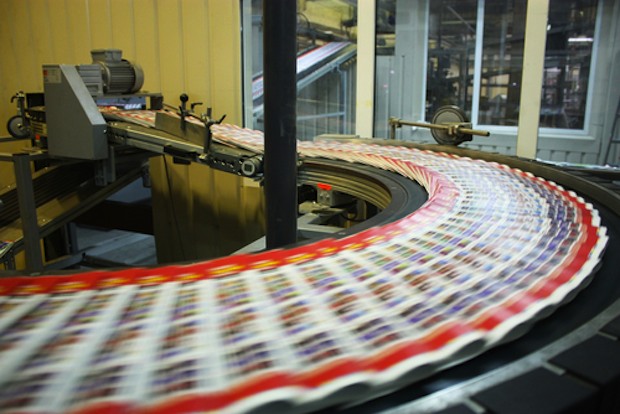 For three weeks since the Islamic terrorist murders of 12 people at the?Charlie Hebdo offices in Paris, the world has been reacting. When it comes to the publishing (or reprinting) of cartoons “defaming the Prophet,” I’ve parsed our seven different responses.

1. YES! YES! YES! More than six million copies were published, in some 16 languages, of the new edition of Charlie Hebdo, depicting the Prophet Muhammad showing solidarity with the victims of the radical Islamist attack. This defiant doubling down, affirming the absolute non-negotiability of freedom of expression, was met by such intense demand for the magazine that copies of the newspaper have been offered on eBay for hundreds of dollars. (Interestingly, French authorities have aggressively moved to clamp down on hate speech and anti-Semitism.)

3. YES, BUT. The Guardian, a prestigious British newspaper, chose to republish the cartoon, but warned readers at the top of the report: “This article contains the image of the magazine cover, which some may find offensive.” The publisher thereby gave readers the choice to read on, or not.

4. YES OR NO. The White House position was that news organizations should use their independent professional judgment – their own discretion – in determining whether or not to reprint cartoons from Charlie Hebdo.

5. NO. The New York Times and CNN decided not to show any of the Charlie Hebdo cartoons of the Prophet Muhammad, including the controversial cover published after the attack. Both claimed their policy was to consider the sensibilities of Muslim readers and viewers, and not show potentially offensive images of the prophet that would insult Muslims. These media outlets distinguished between gratuitous insult and satire, implicitly agreeing with Muslims who were outraged by depictions of the prophet – at the very least mocking ones – that they consider blasphemy.

6. NO, NO. Pope Francis said: “One cannot provoke; one cannot insult other people’s faith; one cannot make fun of faith.” This was also the position of numerous moderate Muslim leaders.

7. NO! NO! NO! In the Middle East, in Africa, and Asia – in Pakistan, Chechnya, Iran, Gaza and Niger – scenes of chaos and violence broke out as hundreds of thousands Muslims protested. People were killed, churches burnt to the ground, and there were rage-filled calls for more violence. The protests were sanctioned by the state, in an ironic encouragement of freedom of expression.

Obviously, the publication of an image or idea – no matter how offensive – does not warrant violence and murder, under any circumstance. That said, it’s probably good to remember that relative to our time on this planet, it wasn’t very long ago that a death sentence for blasphemy was a normative response in most religions. And given that millions of Muslims (if not willing to kill blasphemers themselves) do support this response, it behooves us to try to figure out why so many fellow human beings have not evolved past this psychologically distorted stage of development. Chances are we’re not going to kill our way out of this.

Each of these responses reflects a different weighing of values that we hold dear? – be it freedom of expression, tolerance for other religions, not gratuitously or deliberately insulting or offending other people’s beliefs, insuring the safety and security of employees and communities, informing and helping people understand important newsworthy events.

Which value do you think is being upheld in each position? Which response do you viscerally agree with, and disagree with? Use this continuum of responses as an exercise in determining how you view the relative importance of these values. What is lost and gained in each position? Remember that the power and truth of any position comes not from coercing those who criticize or dissent, but from the moral integrity of those who hold it.

For more discussion on Charlie Hebdo and freedom of speech, please click here.