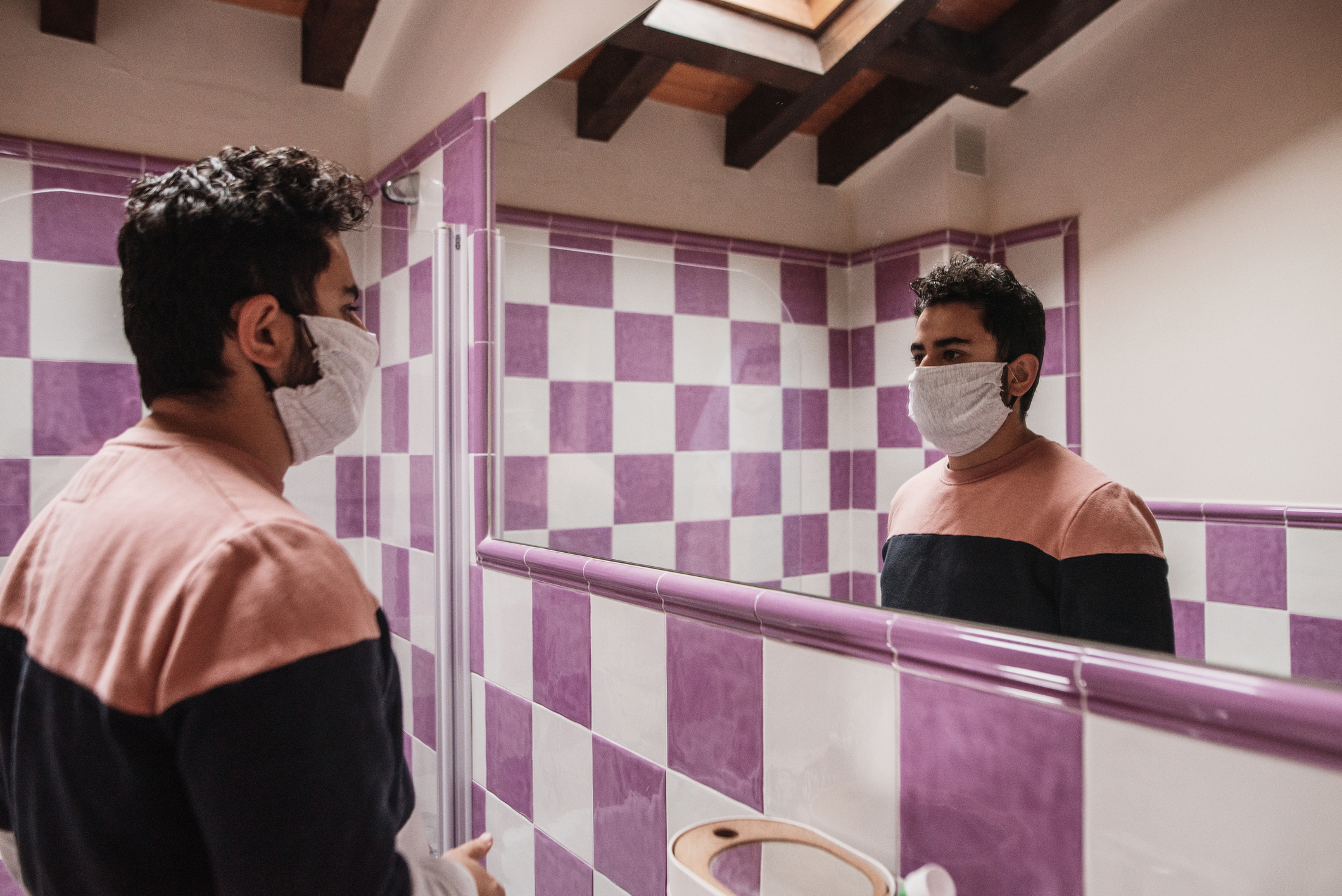 That title, minus the question mark that I have added, appears over a recent article in The Economist and was shared with me by a respected friend and Clal Board member. His share began a conversation between us — about a topic that began popping up in the press in the weeks leading up to Passover and Easter i.e. the role of religion and faith in people’s responses to Covid-19, and specifically, to the ways in which religion is both impacted and impacts, people’s lives in a time of protracted physical isolation.

This conversation with my friend was not new for me — I have been speaking about the topic from almost the first moment that social distancing became a norm in New York City — and it was simply a new phase of an ongoing conversation with my friend, about the role of religious identity and community in contemporary culture in general. The article, however, evoked a response from me which is about more than the article, and really about how any of us cope with / make sense of both the moment in which we find ourselves and what lays beyond this moment.

“We’ve never seen a time like this,” the article begins, but it that really so? If so, what does that mean? And more importantly, if we have seen this before, but don’t see it that way now, what does that mean? After all, the answer is often already in the framing of the question, or as I like to say, “Whatever it is you are really looking for, you are likely to find it, no matter where you look.”

“Past emergencies, from recessions to wars, have galvanized people to find new meaning in old rituals. But nothing prepared believers for the world of Covid-19, in which those rituals, the gestures, and gatherings at the heart of their identity, have become a public danger.”

That is simply not the case.

While it is true that no moment is identical with any past moment, we should all recall a teaching often attributed to the American Sage, Mark Twain — “History does not repeat itself, but it often rhymes.” This is so true when it comes to this season not only of Easter and Passover but of a pandemic as well.

The author is wrong about the unprecedented experience of doing rituals when “…nothing prepared believers for the world of Covid-19, in which those rituals, the gestures, and gatherings at the heart of their identity, have become a public danger.”  That is precisely what both the first Passover — celebrated in Egypt — and the first Holy Week, were very much about.

These are, indeed, unusual times and certainly a challenge to the celebratory joy of both Pesach and Easter. This may also be a time that presents a unique opportunity for those observing Passover and Easter to experience the founding moments with each of those holidays. And I mean that both in terms of the challenges faced by those first celebrants, and of the unique richness, power, and even joy, they must’ve experienced as they lived into those founding first moments.

Each year we celebrate Passover trying to see ourselves as slaves leaving Egypt. And even if we do that well, there can be no denying that we are remembering that first Passover night as the descendants of those who got out. But for that first generation, they were locked in their homes, as a plague swirled around them, daring to celebrate that the next morning they would walk into freedom before they knew it would even happen.  And yet, that is exactly what they did. Sound familiar?!

They gathered together, took stock of the blessings they had, strengthened one another in their faith that freedom and dignity would prevail, and prepared themselves to take the first steps into that freedom, as soon as the morning would come. While we don’t know when the ‘morning’ relative to our plague will come, I am inspired by ancestors’ ability to do just that and am trying to think about current events in that spirit, which is a remarkable gift.

And what I have just written about Passover, could also be said for the first Holy Week as well. For the disciples of their teacher, they didn’t know it was “holy week.” All they knew was that they would follow their teacher, learn from him, be inspired by him, witness his suffering, and dare to believe that it was not the final chapter in his, or their, story — a story which almost everybody around them would have reasonably assumed ended on the Friday of his death — not yet known as “Good Friday” — but they trusted that all was not lost and that life would win out — all before they knew there would be a Sunday following that Friday.

And it wasn’t just those two moments. Jewish history, and early Christian history as well, are filled with these moments — moments when central rituals and gatherings were deadly, or potentially so, and religious wisdom, leadership, and community, at their very best — through a combination of radical persistence and genuine innovation — responded with care, compassion, wisdom, and inspiration. History may not repeat itself, but if definitely rhymes.

And given how often this story has repeated itself across Jewish history, we, if anybody, should be able to rise to this challenge. I mention this because it highlights that while most journalists are concerned with uniqueness, I think our contribution lies in appreciating how things are both new and not — how we have been here before and done this before, and that is why we can dig in with the toolkit of religious wisdom, faith, and practice, and build whatever we may need — and it will be different for different people — at this new moment of past events.

And when I say that “we” dig in, I mean that it is up to us — whoever cares about these questions — from the readers of The Economist to my friend who shared the article with me, to me, to Clal, to anybody who is wrestling with the meaning of this moment and how we respond to it.

When we look at the people referenced in the original article, we see that the events of the day mostly evoke who the various characters already were long before this time of pandemic — Evangelical Christians minimizing the physical reality of the virus, fundamentalist Muslims, and “strictly Orthodox” Jews denying any possible adaptations, social justice-oriented Catholics and liberal Jews seeing possibilities based on a priority of healing the world in particular ways, and others are explaining how their particular rituals point to what science now teaches us. In other words, we all bring who we were before the crisis to who we are in the crisis.

So really, Covid-19 holds up a giant mirror, which can be quite useful, or very much the opposite. If all this moment does, is confirm what we already know, or think we know, there is no learning, and therefore rather limited answers can be found.

If however, we — whoever we were coming into this moment — are willing to look in that “Covid-19 Mirror” more closely — at both others and at ourselves –considering what parts we like and what parts not so much, and then really asking in light of those answers, what it is we are willing to do in light of whatever answer we give — we will find what we need to respond as best we can. How do I trust that? Because while history may not repeat itself, it often rhymes, and history shows us that amazing things happen when we seek those rhythms and rhymes in light of we are, what others need, and who we want to be in response.