Learning from the Bergdahl Controversy – What Should Have Happened 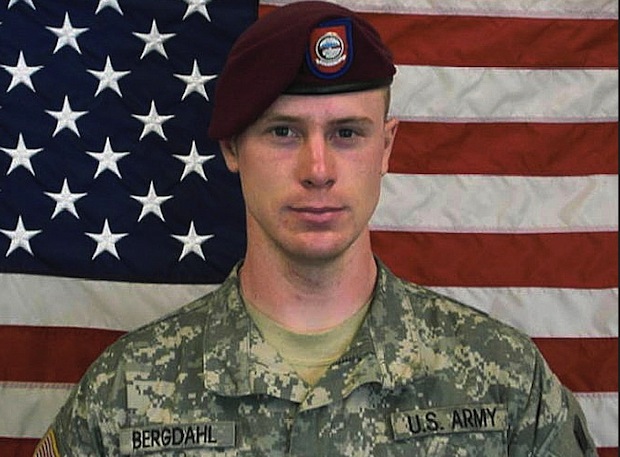 How many Americans knew the name of Sgt. Bowe Bergdahl before last week? For that matter, how many of the members of our dysfunctional Congress, yet alone our polarizing pundits knew about this POW? Just about everything wrong in our culture’s politics has shown itself in the aftermath of the exchange of five senior Taliban detainees at Guantanamo for Bergdahl. Everybody played their role to a tee creating another contrived and unnecessary controversy, further tearing away at our social fabric and eroding any sense we are citizens in this together.

Conservatives did their thing – accusing the President of: being weak on terrorism, having a “catch and release” policy with terrorists, surrendering to the Taliban, endangering our national security, acting criminally and being worthy of impeachment, while making wild claims about Bergdahl and his father being Muslim terrorist sympathizers (after all, Bergdahl’s father has a “Taliban beard”) declaring Bergdahl guilty of desertion and claiming he deserved to be executed. All this as if we never negotiated with terrorists (remember Reagan and the Iran-Contra affair), as if we haven’t been negotiating with the Taliban, as if those vilifying the President would have been quiet if having left Bergdahl news had broken out: “Mutilated Corpse of American Soldier Found In Afghan Desert”, as if they wouldn’t have critiqued with the same vehemence had the President shared the idea of the prisoner swap with Congress and Bergdahl been killed as the Taliban threatened. Flame throwing that enrages and frightens people – and hurts this country.

Of course, the administration and liberals played their role perfectly making this some simple story of the President courageously executing a deal to save an American hero because we Americans never leave a soldier behind. The Rose Garden press conference trumpeting the great deal was unnecessary, unworthy, and bad theatrics and Susan Rice’s comments about Bergdahl were simply inaccurate rhetoric. Whether, according to military law Bergdahl deserted or not, clearly he isn’t some great hero, though he was a prisoner of war for five years and tortured throughout that period. He walked off his base, and soldiers (to their credit) trying to rescue him died in the process.

The administration needed to be transparent and simply say with no grand fanfare, “this was a hard national security choice but we do not leave American soldiers behind even if their military records are ambiguous. We are winding down this conflict and will likely be required, as a matter of international law, to release the five Taliban detainees when U.S. combat operations cease in Afghanistan. Dealing with the Taliban is ugly and trading five significant senior Taliban leaders was a difficult and risky decision, but with Bergdahl’s health deteriorating we feared he would die. We are sorry we did not inform Congress, though there is precedent for our not doing so, as we believed Bergdahl would be killed but we will immediately meet with Congressional leaders and release all appropriate information.”

Instead we hear defensiveness, anonymous release of dribs and drabs of (mis) information and new reasons every day for the exchange in an attempt to avoid the messy complicated truth of this affair: we live in a dirty world where there are times we have to make hateful compromising decisions because of some larger value.

As with everything else in our public culture today, we have partisan point-scoring, nastiness, and ideology trumping any nuanced understanding that might create some communal solidarity yet alone offer any wisdom that anyone on any side could gain. Our politicians and pundits show no restraint from throwing rhetorical bombs of criticism despite no one having all the facts about Bergdahl, his seemingly rag tag combat unit, his defection, the conditions of his imprisonment, his mental state, the details of the negotiations and the unpredictability of the future i.e., what influence will these five detainees who have been in jail for 12 years really have, will people actually be put at risk, and will this exchange lead to any other negotiations with the Taliban.

There is no sense on either side of how to use this moment to create a sense of pride and honor and loyalty and solidarity that we as citizens share obligations towards those who risk their lives as soldiers and are POW’s. And this obligation and sense of solidarity is independent of whether Bergdahl deserted his post or not, or whether he is a mentally unstable young man (see his recently released letters stretching back years) who said insulting things about his country and his Army or not. The facts will come out in due time.

But, there is some deeper sense of what it means to be a member of this American community that is part of this story that rises above the facts – especially if it turns out that Bergdahl didn’t “deserve” to be rescued and/or the price of the exchange was “too high” – that responsible politicians and pundits (and we the people at our kitchen tables and our blogs) ought to evoke before offering politically driven, cynical and corrosive spins that simply exacerbate mistrust between Americans and between Americans and our government.

Here are three wisdom practices that would be helpful for our political “leadership” to abide by:
1.?? ?Restraint. Give the benefit of the doubt for the first 24 hours to the side with which you reflexively disagree/hate. This means imagine the best read of the other side’s position. Listen for the partial truth of their position, however small it may be, before offering the worst, most critical read of that position. Try to locate what legitimate values the other side is weighing, even if you feel there are competing values that ought be weighed far more heavily. (In this case compassion, justice, trust, honor, integrity, law, loyalty, sacrifice, citizenship… are all values in play being weighed differently.)

2.?? ?Perspective. When offering serious critique of another’s position, imagine your purpose is not to convince, rile up, and excite your own base – the people who already agree with you – but to enlighten people who may not yet have an opinion.

3.?? ?Common Good. Ask if the way and what you are communicating (even assuming you are right) contributes to the common good. Criticism that demonizes the person or that only deconstructs/decimates the other’s position but adds no constructive suggestion to move the drama along is polarizing patriotism. We need common good patriotism.

Here is an example of an initial comment that embodies the very best of this country; the statement of the Chairman of the Joint Chiefs of Staff Martin Dempsey. Notice how he includes the truths of many sides.

“In response to those of you interested in my personal judgments about the recovery of SGT Bowe Bergdahl, the questions about this particular soldier’s conduct are separate from our effort to recover ANY U.S. service member in enemy captivity. This was likely the last, best opportunity to free him. As for the circumstances of his capture, when he is able to provide them, we’ll learn the facts. Like any American, he is innocent until proven guilty. Our Army’s leaders will not look away from misconduct if it occurred. In the meantime, we will continue to care for him and his family. Finally, I want to thank those who for almost five years worked to find him, prepared to rescue him, and ultimately put themselves at risk to recover him.”