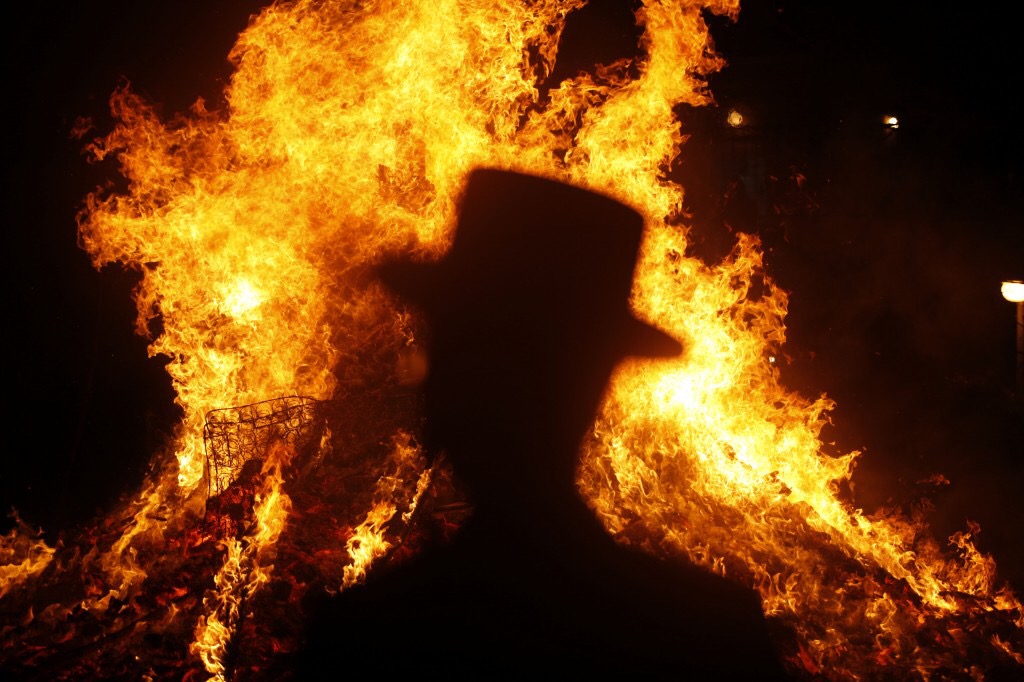 This Sunday marks the minor Jewish holiday of Lag B’Omer, the 33rd day of the countdown to the Jewish holiday of Shavuot, which commenced on the second Seder night of Passover. Two major events are associated with this day, often celebrated with bonfires, music, dancing, and even weddings.

Firstly, it is traditionally the day that Rabbi Shimon bar Yochai revealed the landmark text of Jewish mysticism known as the Zohar (meaning “splendor” or “radiance”). The custom of lighting bonfires owes its origin to this revelation.

The second, and earlier, commemoration relates to a story in the Talmud (Yevamot 62b) which relates that Rabbi Akiva had 24,000 students who died in a plague during the period of the Omer because they did not show each other mutual respect. On the 33rd day of the Omer, the plague finally ceased, a cause for celebration.

Aside from the morbidly unsettling scenario itself, there was always something that nagged at me about the Rabbi Akiva aspect of Lag B’Omer. After all, this is the same rabbi who declares in the Talmud (Nedarim 30b) that the most important mitzvah in the Torah is “love your neighbor as yourself” (a passage which, incidentally, first appears in this past Shabbat’s Torah reading, Lev. 19:18). We can assume that Rabbi Akiva’s 24,000 disciples had to be academically competent–and perhaps even gifted–students. So how exactly is it possible that they could disregard their teacher’s core ideology so egregiously that it precipitated a terrible epidemic in retribution?

In typical Jewish style, I find the answer to that question to be intertwined with the question of another scenario:

Regardless of geographic location, the political far-right, whether Trump or Le Pen, are typically characterized as being highly nationalistic, motivated by a love for their country and wanting to see it succeed. Statements are often made along the lines of “my [intimate social relation] is [insert ethnicity/gender/religion/sexual orientation]” or “I love [insert ethnicity/gender/religion/sexual orientation], but…”

How is it that people who ascribe to an ideology of love for their country and even a passing affection for groups to which they do not belong, simultaneously proceed to dismantle their country, propose policies which marginalize those very same groups they “have friends” in, and generally espouse hate towards those who contribute to the fabric of they country which they, supposedly, “love” so much?

Perhaps Rabbi Akiva’s students did love each other. Perhaps they expressed verbal affection, or even exerted themselves physically for one another if needed. However, the Talmud states that they lacked mutual respect for each other.

Love and respect are not mutual. Love is a superficial emotion. Respect is an attitude of connection which grounds and tethers it. Many an abusive relationship is overflowing with “love.” Respect? Not so much. Because love without respect is dangerous.

So, sure, it is quite possible for the most horrific of edicts to be issued within a country against its citizens by those who profess to love it the most. Because they love their country. But they don’t respect it. They don’t respect the policies of equality and opportunity that it has produced or respect that it allows, and even encourages, those from other countries to find a safe haven within it.Because to respect something is not to try and control it or force it into a direction as it kicks and screams that it does not want to go. But, love has no such compunctions. In fact, the argument is often made that such actions are being undertaken because of love.

Thankfully, the world’s slow descent into vitriolic xenophobia has been halted just ever so slightly with the resounding defeat of Marine Le Pen and her Front National party by the centrist Emmanuel Macron.

How very ironic then, with Le Pen’s defeat, that the country most stereotypically associated with an identity of love and romance is the one to show us how and why political motivations need to move beyond idealized love for one’s country and towards respect for what one’s country actually stands for.

MaNishtana is an Orthodox African-American Jewish writer, speaker, and playwright, author of Thoughts From A Unicorn and Fine, thanks. How are YOU, Jewish? Follow him on Twitter @MaNishtana and Instagram @therealmanishtana.