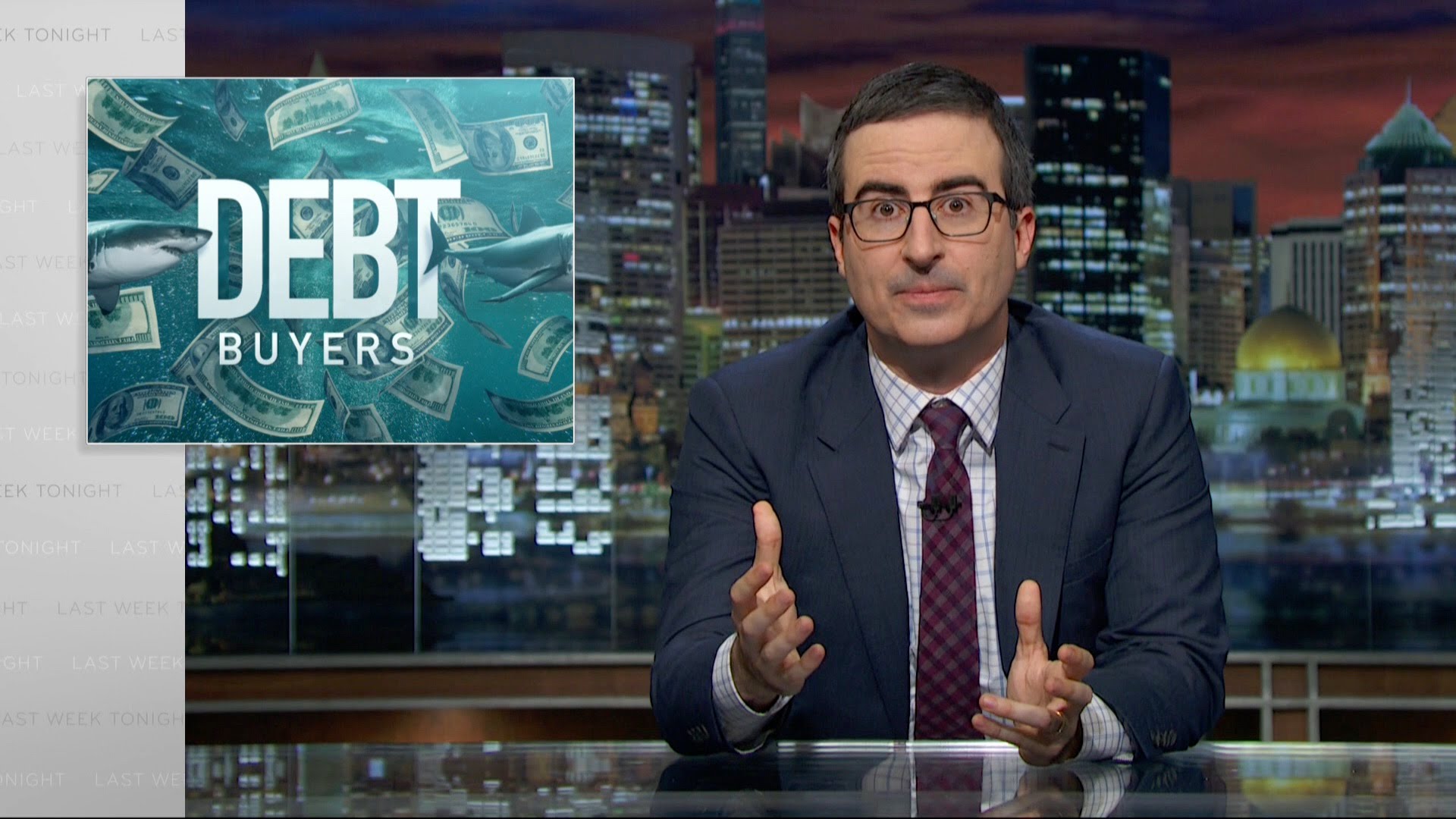 This past Sunday, John Oliver made television history by giving away nearly $15 million. Well, sort of. In his piece about how scarily easy it is to buy debt, he formed the company “Central Asset Recovery Professionals” (or CARP, after the bottom-feeding fish), and then spent $60,000 to buy the medical debt of 9,000 Texans, totaling nearly $15 million.

As Oliver said, “[I]f I wanted to, I could legally have CARP take possession of that list and have employees start calling people, turning their lives upside down over medical debt they no longer had to pay. There would be absolutely nothing wrong with that except for the fact that absolutely everything is wrong with that.”

So instead of harassing people over their debt, Oliver decided to forgive it. And all I could think of was how Oliver’s debt forgiveness was holy work – and work that’s rooted in the Bible.

Every seventh year, according to Deuteronomy, all debts are to be cancelled. In Hebrew, it’s called the shmita year, and was designed to ensure that no one was caught in a trap of poverty trying to get out from under their debt. In fact, the verse inscribed on the Liberty Bell – “Proclaim liberty throughout the land” – is related to the laws of shmita. It’s designed to remind us that everyone deserves a chance to be free, and crushing debt curtails that freedom.

Oliver did the same thing, trying to help 9,000 Texans find a new start. After all, medical debt is the number-one cost of personal bankruptcy, and 40% of Americans owe collectors some sort of payment for their treatment. For my family, who are on Obamacare, we are shocked at both much we have to pay in monthly premiums…and how much worse it would be if we become uninsured, lose our paycheck, or have to face significant medical expenses. And for far too many people, the question isn’t one of “if” but of “when.”

That’s why Jonathan Brandow, in Tablet Magazine, makes a compelling case to bring the shmita year back. While we don’t live in Biblical times, the message is still the same: we need to find ways to get people out of the cycle of debt:

If a farmer in the biblical era failed to repay even the traditional interest-free debt, his predicament likely resulted in either indentured servitude or the surrender of his ancestral land…[t]he Shmita laws proclaiming release from indentured servitude provided an escape from this gruesome cycle.

While the modern economy has all but eradicated the formal structure of indentured servitude, entrapment in cyclical poverty is an ongoing phenomenon. Its current victims are caught in webs of dictated wages, dead-end jobs, and take-it-or-leave-it conditions.

Now, as much as we might want to, we can’t rely on John Oliver to release us from our debts. And we ourselves, as individuals, are unlikely to lead to significant debt forgiveness. But as he has done with bail, women’s rights and net neutrality, John Oliver’s impact has made a real difference in people’s lives.

Hopefully, we will remember his debt forgiveness not just as the largest giveaway in television history, but as sacred work that makes our world a little more just.