Is Building A Bridge Between Religious And LGBTQ Communities Possible? 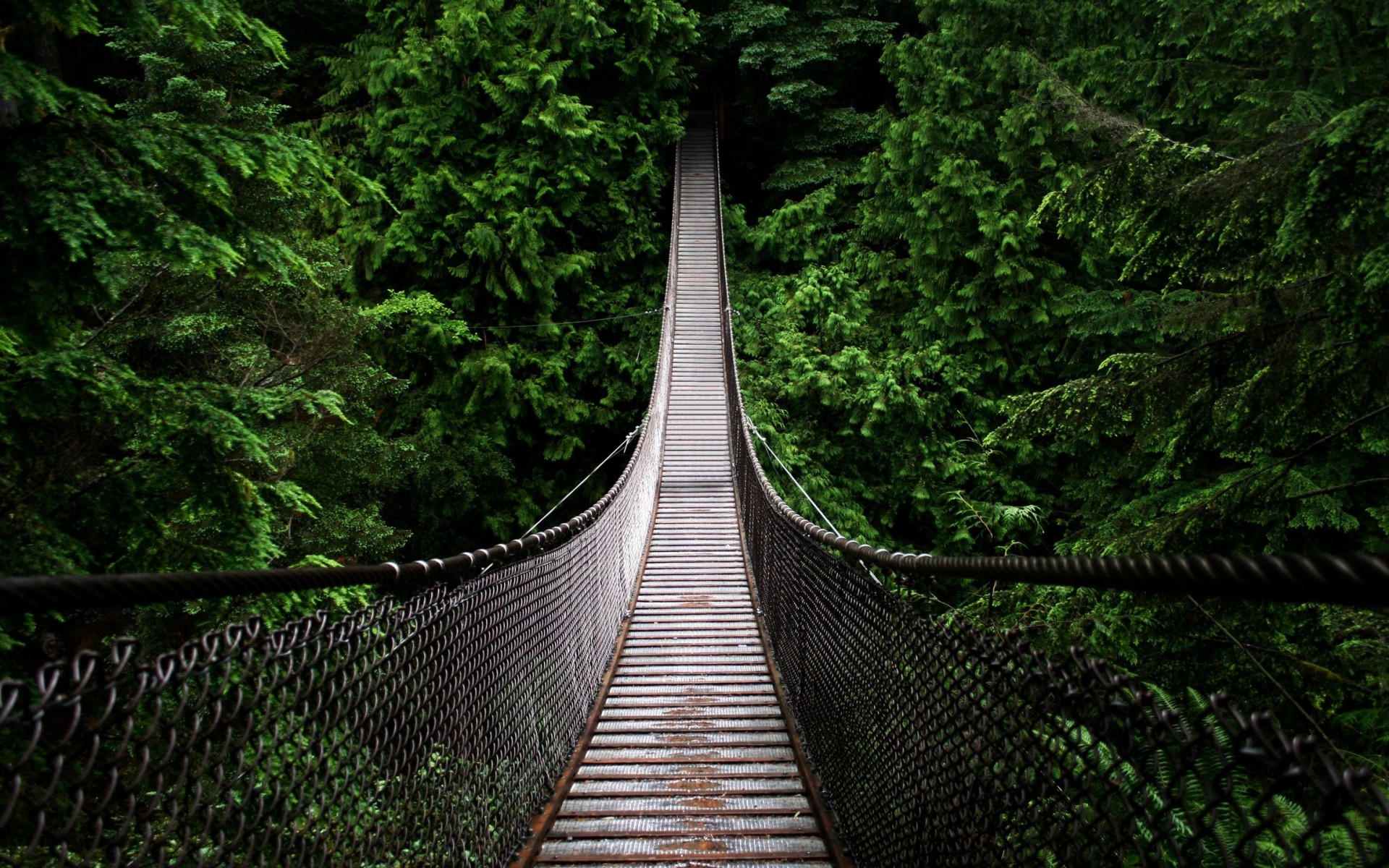 Is there any hope of a bridge being build between traditional religious communities on the one hand and the LGBT community on the other? I don’t believe there’s an easy answer to that question posed in Fr. James Martin’s controversial book entitled Building a Bridge. There are many ways in which the process has been undercut by well-intentioned people who fail to address the root of the differing views on human sexuality. Furthermore, nothing will move forward unless both sides learn to trust each other long enough to be honest and open about their differences in philosophy and belief, while at the same time recognizing the inherent dignity that binds them together and may present them with more commonality than they ever thought possible.

But in the current socio-political climate, the trenches are only being dug deeper and deeper and it seems both sides view the struggle as a win or lose all game. In that tainted light, it becomes a war of words like “perverts” vs. “bigots” without much effort to understand or accept a more nuanced perspective on the issue that allows for a middle road. The inability to see the other person’s position becomes denser. This is the type of hard-line stalemate that makes Pope Francis’ famous “Who am I to judge?” statement seems so out of this world. It appears impossible that a person might simultaneously disagree with a given lifestyle and yet see past that enough to affirm the individuals and their capacity for spiritual growth on a much broader plane. As a Catholic writer and editor who works with people of all persuasions and walks of life, I share his point of view.

It is a disagreement couched by a larger agreement; we may differ in our view of human sexual ethics in certain ways, and yet we can agree on it in other ways, such as the vital elements of, not only consent in sexual matters, but also emotional and spiritual application that binds one to the partner in more than mere physicality. Moreover, we can surely find a way to co-exist with our differing views in a manner that preserves both our rights and ability to see through to our common humanity, which should be the prime focus of all interaction.

Perhaps it must start with a realization that both sides should learn the art of disagreeing respectfully without forcing their views on each other, either demanding affirmation or opposition if it cannot be extended with sincerity. We must learn to live with the complexities of the dichotomy, instead of forcing opposite views into some false resolution with sugary smiles. We must also both learn to bend by increments to allow the other side space to breath, instead of constant mutual pounding which breeds enhanced suspicion and polarization.

One side fears being treated as second-class citizens for their sexual orientation, in the form of mistreatment and discrimination, as well as having their ability to make state-sanctioned, long-term commitments to their partners being withheld or revoked. The other side (which includes traditional Christians, Muslims, Jews, and others) dreads being forced to support or endorse a sexual lifestyle that runs against the grain of their religious beliefs and understanding of human sexuality, at the risk of destroying their reputations and businesses. Both sides feel threatened and victimized by the other.

Tragically, the historical treatment of gays and lesbians in many countries has been horrendous. In the worst case scenarios, people have been jailed, tortured, or even killed for homosexual acts or tendencies. Lesser, yet still extremely damaging, examples include being disowned by families, suffering expulsion from society, and allowed to die neglected and alone as a result of the AIDS epidemic.

Even though circumstances have improved dramatically in many places, harassment and bullying still exist, including out-and-out death threats, which may contribute to the high suicide rate amongst gay populations. In the US recently, the LGBT community found themselves as one of the many targets of ISIS-inspired home-grown terror attacks.

With this backdrop, it seems that social justice movements tend towards the other extreme of trying to force a uniform consensus of public thought on homosexuality. In the end, this is not fully possible, and instead of solving the problem, it seems to be making it more glaring, with both sides becoming increasingly hostile to each other and more prone to view the opposition as imminently threatening to their immediate way of life.

The fact is, the law may stand recognizing the legal veracity of same-sex unions, but that does not mean anyone can be forced to support, approve, or advocate them. Otherwise, bullying and harassment goes the other way, including the closing of Catholic Charities Adoption Agency and the lawsuits against privately owned religious themed business. These occurrences smack of strong-arming, and the residual damage is acute. The law should work both ways to better serve and defend everyone involved.

Another side-effect of this raging debate is to put an unhealthy emphasis on sexual attraction, or lack thereof, as being the defining factor of personal identity. In an already over-sexualized culture, it’s like throwing fire on open gunpowder and becoming more focused on physical rather than the deeper developments of personhood. “Gay” and “Straight” are, at the end of the day, mere labels for psycho-sexual radar, which is a fraction of all the functions which constitute human life and which we hold in common. Making it overly fashionable for young people to ground themselves according to what often amounts to a flavor of sexual fantasies, as demonstrated in a plentitude of online literature and some rather sketchy “coming out” videos, may not be the best course to take. There are, in many ways, bigger fish to fry.

Perhaps what we all need is tougher skin and the ability to compromise on both sides. It’s never going to be a 100% win for either perspective while the other exists; therefore coexistence and concessions to reality are in order. For example, for traditional Christians and others, the time has come to try our best to accept the reality of state-sanctioned same-sex marriage, and respect it as a legally binding union between two consenting and committed adults. If working for government offices, one must abide by state law and sign marriage licenses to whoever requires them. If working in a secular wedding planning or bakery company without any specific religious exemptions, one must again abide by state law, whether or not one personally agrees with the decisions of the customers. If working for state-run adoption agencies, it is most likely going to be on a first come/first serve basis.

That having been said, the situation changes when it comes to churches/mosques/synagogues etc. reserving the right to refrain from performing same-sex marriages or hosting related events, of Catholic adoption agencies preferring to place children in homes with a mother and a father in accordance with the belief that both, male and female, are best suited for the child’s development, to privately owned businesses with a clear traditional religious bend reserving the right to refrain from catering to gay weddings, etc., of religiously themed literary publications to refrain from publishing material that advocates a lifestyle which goes against their overarching worldview. Everyone should have the right to exercise their religious liberty and freedom of conscience under constitutional law.

In essence, it’s a bit of a “live and let live” and let God make all the final decisions approach, respecting each other’s free will as well as boundaries, as opposed as trying to pull it down a one way street. I think it is mainly insecurity and spiritual instability on both sides that prevents this process from going full circle. Perhaps we need, more than anything, to get more comfortable with the presence of the other, as opposed to using the worn talking point, “If you don’t believe 100% of what I believe about this issue, you’re part of the problem.” Of course, it’s a bit self-evident, in that the “problem” being addressed is the difference of opinion to which both sides contribute. But eradicating one or another side is a frankly a self-defeating method of resolution.

Maybe both sides could actually de-fang the problem by sitting down and discussing our differing views about sexuality and marriage, rationally and non-judgmentally, with an open mind to adopting a more nuanced approach. But this must be a genuine discourse as opposed to a passive-aggressive ploy. Bishop Robert Barron managed to achieve this when being interviewed by a gay married talk show host, in which both parties carried on the discussion with admirable honestly and maintenance of their own beliefs, while never losing a sense of mutual decency and respect.

I think our dualist “us” vs. “them” mindset struggles to utilize non-dualist solutions, holding shadows to the light and allowing contradictions to be what they are while rejoining the divided factions on a deeper level of shared personhood. I could think of so many situations where this method could be used in our gridlocked society. Trump supporters and “resistance fighters” could certainly use it, unless they would like to continue calling each other “deplorables” and “lib-tards” beneath all human consideration for generations without end.

Liberals who vent about “white privilege” and conservatives who grumble about “black entitlement” could probably afford to take their color glasses off, stop trying to top each other in complaints about who’s got it worse, and actually work on solutions that make things better for everyone. Israelis and Palestinians could certainly benefit from this method in the constant struggle to establish justice, equity, and a mutually satisfactory compromise that allows for both sides to at least come to the table.

The fact is no one side, in any of these cases, is going to “win it all.” But perhaps winning is not the most important thing; it’s applying enough human knowledge and divine wisdom to strive for solutions that will make a better future for all.