Science Is Not the Opposite of Religion 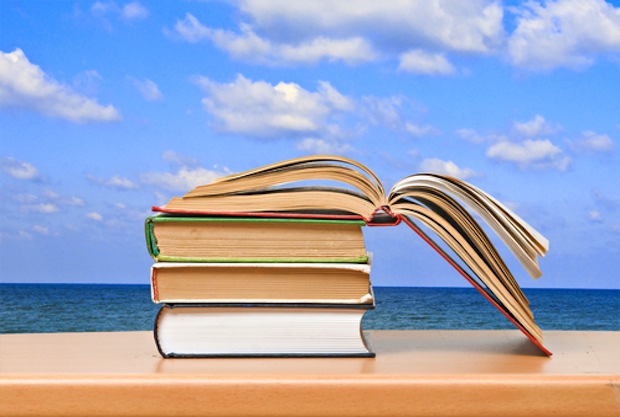 John Lennon had it right when he sang, “Imagine no religion.” Let me explain. According to a recent study from the Public Religion Research Institute, 41% of Americans either completely disagree (27%) or mostly disagree (14%) with this statement: “Evolution is the best explanation for the origins of human life on Earth.”

Surprised? Disturbed? I’m not surprised, but I am disturbed – though perhaps for reasons you might not expect.

I’m not surprised because in this country we remain a nation of believers, and most of those believers are regularly subjected to teachers, both in the domains of science and religion, who force their adherents and students to choose between the two, certainly more often than is necessary.

How much social conflict about religion and science is generated by the questions we ask?

That kind of needlessly dichotomous thinking can actually be detected in the way this study was constructed. That evolution question, as it was posed, invited polarized (rather than integrative) thinking: pitting different ways of knowing the world and answering big questions against each other. In our increasingly polarized world, it’s not only unnecessary and unhelpful, but potentially dangerous. That’s what I found disturbing.

Now, let me be very clear about a couple things: First, I believe in evolution. I even hesitate to use the word “belief” when it comes to a theory which has been subjected to rigorous testing, and remains open to revision based on potential scientific evidence that contradicts it.

Second, I don’t believe that faith and science should be – or can be – always harmonized. Sometimes the best attempts at either science or religion leave unbridgeable gaps between the two.

Neither of those positions, however, justify thinking small about such big ideas, especially when other data from the survey suggest that most people intuitively avoid doing so in their own lives. Based on the responses to a subsequent question, we can see that plenty of people think more expansively and inclusively than the experts who study them do: When asked if religion and science are “often in conflict” or “mostly compatible,” people chose conflict over compatibility by a margin of 54% to 40%. When asked the same question applied to their own lives, however, people chose compatibility over conflict, 60% to 38%!

We actually tend to hold big issues together better in the context of our particular lives than we do in the supposed safety offered by high-minded generalities! We intuitively feel what the experts often fail to tell us.

In this, John Lennon had it right. Imagine that there’s no such thing as “religion” – a single thing to be understood in a single way, even within a particular tradition. Imagine that there’s no such thing as Judaism or Christianity or Islam. Why? Because there isn’t! What I mean is that even among the most stridently fundamentalist in any one faith community, there’s a range of opinions about what counts as authentic for that particular faith. This assertion may unsettle some believers, but as the ongoing squabbles between people who identify as part of a single community attest, there’s always more than one way to be anything. I’m not making an “assault on true faith” that should freak anyone out; let me clear that the same claim should be made for science.

There’s no such thing as “science” – a single thing to be understood in a single way. Just as with religion, different norms and expectations guide different scientific communities. (That doesn’t mean that anything labeled “science” will be universally recognized as credible. Personally, I’d be quick to put Creation Science in that category, for example.) As is the case in faith communities, the range of what “counts” is typically wider than is often presented.

What respondents to the PRRI study seem to know is that conflict isn’t so much a question about religion and/or science per se, than it is of overly narrowing those terms. That’s why, when asked about “the best” explanation for human origins and with no integrative option, participants went with a conflict model. When asked, however, if similar conflict actually existed in their own lives, the participants responded in large part that it did not.

How much social conflict about religion and science – and so many other hot issues – is generated by the questions we ask? Maybe, just maybe, it’s time to start asking some new questions.