How A Haircut, Nail Polish, And Lipstick Each Saved Lives 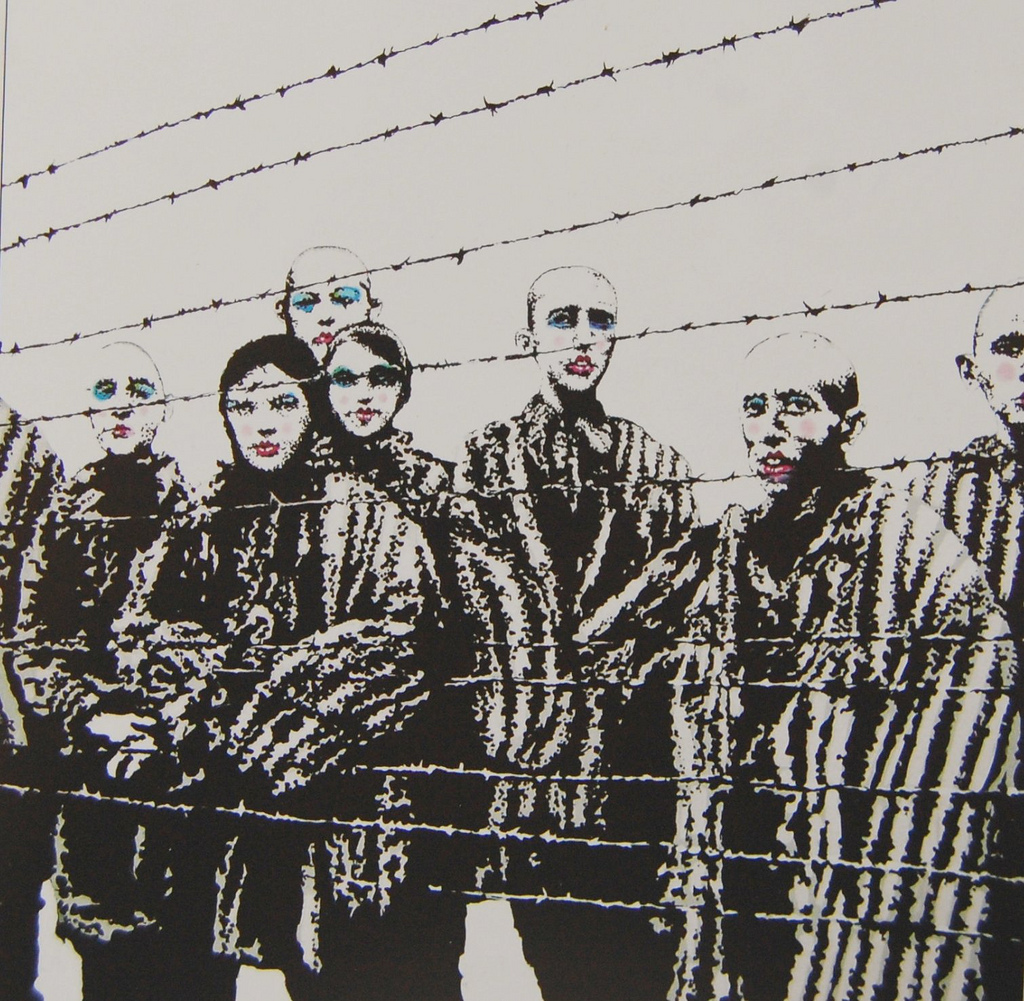 History books are filled with stories of heroic acts that led to major societal changes. There are heroes like Dr. Martin Luther King Jr. who led movements for cultural change, scientists like Albert Einstein whose discoveries revolutionized the world, and leaders like Susan B. Anthony who campaigned for the end of slavery and the promotion of women’s rights.

People don’t often include painting nails or cutting hair in the same category of such acts of bravery.  And, yet, sometimes, it is not a big act of bravery that is needed… but, rather a small act of beauty.  Here are three times in history that a small gesture of cosmetology helped saved lives.

When A Gift Of Lipstick Gave Holocaust Survivors Back Their Humanity

When British troops liberated Bergen-Belsen concentration camp on April 15, 1945, they discovered 40,000 emaciated prisoners and 10,000 dead bodies (amongst them Anne Frank).

The troops were so shocked by the conditions in the camp that many openly wept.  They spent the next few weeks bulldozing the bodies into mass graves, scrubbing the survivors, and burning down the infected huts.  Although 500 inmates a day were still perishing, little bursts of hope began to filter into the camp.

One of these sparks of hope came by way of a massive, anonymous shipment of lipstick. While initially many of the soldiers were annoyed by the seemingly useless cosmetics when so many more critical supplies were needed, they soon began to have a change of heart.

“It was shortly after the British Red Cross arrived, though it may have no connection, that a very large quantity of lipstick arrived. This was not at all what we men wanted, we were screaming for hundreds and thousands of other things and I don’t know who asked for lipstick. I wish so much that I could discover who did it, it was the action of genius, sheer unadulterated brilliance. I believe nothing did more for these internees than the lipstick. Women lay in bed with no sheets and no nightie but with scarlet red lips, you saw them wandering around about with nothing but a blanket over their shoulders, but with scarlet red lips. I saw a woman dead on the post mortem table and clutched in her hand was a piece of lipstick. At last someone had done something to make them individuals again, they were someone, no longer merely the number tatooed on their arm. At last they could take an interest in their appearance. That lipstick started to give them back their humanity.”

Such a seemingly small gesture changed the lives of thousands of women on the brink of death.

In 1941, Veronica Lake (then Constance Keane ) auditioned for a part in the movie “I Wanted Wings.” Not only was her acting not very good, but her hair also seemed to impair her performance. “My hair kept falling over one eye and I kept brushing it back. I thought I had ruined my chances for the role….But Hornblow was jubilant about that eye-hiding trick. An experienced showman, he knew that the hairstyle was something people would talk about.” The actress said.

For the next several years, audiences would flock to the theaters to watch Ms. Lake flip her long hair out of her eyes on the big screen.  Thousands of women began wearing their hair in the sexy, carefree “Lake Look.” And, in 1943, Life magazine even declared Lake’s hair to be a national treasure.

Two weeks after the Life article, Pearl Harbor was bombed and the US entered WWII.  With so many lives on the line, practicality took priority over beauty.  Long haired women working in ammunition factories were getting their hair snagged on the equipment.

So, in an act of patriotism, Lake traded in her nationally treasured hair cut for a “Victory Roll,” a shorter haired, swept up do with a “V” for Victory in the back.

Although it is reported that her haircut did help cut down on injuries, her career never recovered. Whether it was because of her haircut or not,  Paramount Pictures opted not to renew her contract, and, by the end of the 1940’s, her film career had come to a standstill.

Nevertheless, many still remember Lake for the patriotism she showed by cutting her hair for the greater good.

In the 1970’s, only wealthy starlets and fashionistas could afford the $50 it cost to get a manicure. Then, in 1975, Saigon fell to the Vietcong and millions of refugees had their lives torn apart. The US took in a large percentage of these refugees, the majority of whom settled in California.

Actress Tippi Hedren, known commonly from Alfred Hitchcock’s The Birds, visited Hope Village, a refugee camp near Sacramento. She was dismayed to see how the women in the camp struggled, partly because of their lack of English skills.

Hedren was determined to help the women find a lucrative vocation, but she wasn’t sure what.  She brought in seamstresses and typists, but it was their painted nails that most interested the refugees.

So, Hedren flew in her personal manicurist to start giving nail painting lessons to the women.  Initially 20 women, mainly the wives of high-ranking military officers, were taught manicurist skills.  Those 20 women went on to transform the industry.  Today, the mani/pedi industry is worth around 8 billion and is dominated by Vietnamese Americans.

Hedren could never have foreseen the enormous difference her act of teaching 20 women to paint nails could have made.

While beauty is often seen as a superficial characteristic, using beauty for the betterment of the world is not.  Each of these acts shows how sometimes the things we discount are the ones that save us in the end.