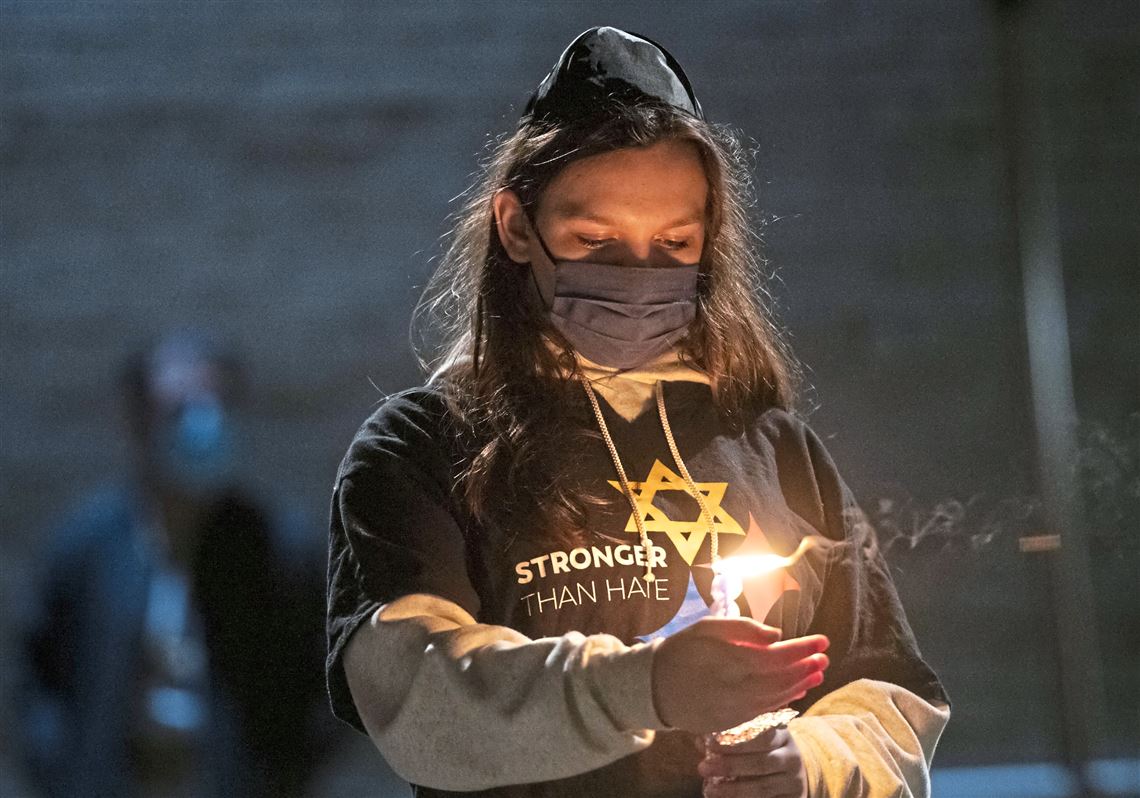 This trip was not planned exactly.  I had wanted to get a lilac bush to put in our front yard to add to the bushes we planted last fall. I wanted to do it, but wasn’t making the effort – my husband pushed me, realizing that as it was finally beginning to get colder it was now or never.

The greenhouse closest to our house was out of lilacs, so I googled greenhouses near me.  One came up and it looked to be just 15 minutes away but I couldn’t quite understand where it was, since the names of the towns were not familiar.  My husband said he would help plant the bush but didn’t want to go out to get it. I said I didn’t want to go myself.  He relented and even agreed to drive.

Once we neared the greenhouse (chosen randomly by me who still does not know directions for neighborhoods or have a great idea of what is near what in places outside my own tidy triumvirate of Squirrel Hill/ Shadyside/ Oakland), my husband realized that we were near the New Light cemetery.  I remembered the stones painted for us a year ago by a woman who has been helping our congregation with ritual life and which have been sitting in his trunk all year.

So, after he bought our awkwardly situated lilac bush as well as a pumpkin, we drove to Beth Shalom cemetery where Dan Stein is buried.  Jon found the grave – I did not remember the location, just that Dan’s funeral had been a perfect autumn day with the sun shining so intensively over the loveliness of the setting out in the farmland exurbs. Jon tells me that the cemetery was there because they wouldn’t allow Jews to buy land closer to the city for our cemeteries. The dissonance between the loveliness of the weather and the somberness of our gathering for the tragedy of a man so alive and with so much to live for taken before his time violently when he was not at all a violent person felt so incongruous. So wrong.  The sun itself and the loveliness of the day a rebuke that sharpened the contrast.

We took the box out and laid some of the stones on the grave.  We recited the El Maleh and reflected for a few minutes.  I knew Dan the best of the three of our congregants who were slain, saw him regularly at the JCC where we both went to exercise in the mornings and just around the neighborhood since he lived about 3 blocks away from us.  He was a kind person who did things right.

When my youngest daughter had her bat mitzvah, Dan wanted to get her a gift from the synagogue Men’s club.  Instead of just getting something random, he insisted on taking her to the synagogue with the largest gift shop so she could pick out the gift herself.  At the time, with lots to do before bat mitzvah, it seemed like another thing for me to schedule; now I cherish the knowledge of the thoughtfulness that he brought to every activity.  She uses the candlesticks she picked out, that he bought for her, every week.  I hope they bring light to the world in his memory.  I hope his family is comforted by knowing that so many remember him and his deeds, this story being one small example.

After we visited Dan’s grave, we drove exactly three minutes to the New Light Cemetery where Rich Gottfried and Melvin Wax are buried.  We drove up the steep driveway and at the top arrived and went to our right where the monument that was dedicated last year is.  We put some stones on top, and looked at the Callery pear tree given to us by the Survivor Tree Project at the 9/11 museum in New York, grown and nourished by students at the John Bowe High School in Flushing, Queens.  The tree was larger, its leaves fuller.  Over the past year, the stone monument was unchanged save for our addition of more stones, yet this tree had become something different, larger and stronger, taking root. It is not yet fully ready to blossom and bear fruit, not fully mature but certainly bigger than it was when planted.

After we placed the stones on this monument, we turned to the side by side graves of Rich and Mel, a decision their families made.  Mel’s wife had passed away a few years before, so he would be next to her.  Rich would be not with his parents and other relatives in Uniontown, PA where he had grown up, but here at New Light, with those he worshipped with and was killed beside.   We placed the stones on the grave and Jon and I recited the El Maleh together from memory as I left his book next to the tree and monument while carrying the stones.  As we recited, Jon pointed up to the top of the hill.

A deer stood nearby gazing at us.  I always feel when a deer looks straight at me with its serious brown eyes, it is somehow communicating something, though I don’t know what its message is.  I liked seeing the deer, very much alive, in a place where the dead are unchanging, below the ground.

And yet, the fact is, it is not true that the dead don’t change.  I learned things about Mel and Rich after their deaths, that Mel and his grandson loved to play games, and that Rich was a wine connoisseur.  Mel was 87 at the time of his death. Despite his own age, he always parked, not in the synagogue lot, but around the corner, since he was able to walk without impediments.  He told people that in the relatively small parking lot at Tree of Life he wanted to save the spaces for those who needed it more.  Considerate, thoughtful, aware of the needs of others, registering people to vote in his apartment building, and collecting things to send to victims of the hurricane in South Carolina at the time of his death.

I’ve also learned that Rich volunteered his skills as a dentist at the Squirrel Hill Health Center. In fact, his wife and dental partner continue to do so.

So, even though they are no longer with us, they have changed for me, their histories have been enriched. It is important to me that I do what I can to keep their legacy alive and let their families know that our synagogue carries on their values.

Two congregants had decided they wanted to learn to chant the haftarah, the notes accompanying the reading of the prophetic books of the Bible.  We began our class this week, and one of them has the same portion as Dan did.  Dan carried his haftarah book and wrote the date of each time he read it on the cover, proudly showing it to everyone. The last few years, his son has read his own haftarah at New Light carrying on his father’s tradition.

Somehow the stones and the tree and the deer, mother and baby, were conveying a message: the living have the capacity to keep the dead alive.  We can continue to live their values and remember who they were and what they stood for.  We need to both lay stones, admire growth that is rooted and also cherish living things that can run and move and be mobile.

There are many things that the massacre of 11 Jews in a synagogue in the US are about: antisemitism, fear of immigrants, mass gun violence, need of gun reform, enabling of white supremacists and their attitudes, so many ways to see.  But before any of that, first and foremost it is the story of 11 lives lost, 9 families affected and living without those who should still be in our world.

Rabbi and scholar of Jewish mysticism Shaul Magid wrote in a review of a collection of essays about dead Jews, “There is nothing gained by sanctifying anti-Semitism, which then justifies viewing everyone around us as overt or covert anti-Semites. This, to my mind, doesn’t fight anti-Semitism; it perpetuates it and makes it some essential character of the goy. It disables us as a people in a world that has welcomed us and given us the gift of freedom.”   We are free to choose which lessons to learn from the shooting.  For me, keeping the memory of those who perished alive and comforting their mourners is primary, before anything else.  And as the wife of their rabbi, I am in a position to remind others that this event is about the lives of Jews who are no longer.

I believe that in order to heal one needs agency and freedom. The Talmud in Rosh Hashanah 9b defines liberty, dror in Hebrew, as “like a man who dwells in any dwelling and moves merchandise around the entire country.”  I see this as meaning that one can choose also where one’s thoughts dwell and on what they do.

The Squirrel Hill community will not be getting over the shooting any time soon.  Yet, I also believe that we have agency and can use it, to move our thoughts and ourselves where we wish them to go, not to let the hate of others and their goals dominate but to continue to be in the world and to nurture life, be it that of a lilac bush or a Callery pear tree.  To wait a year to place the stones, when we were ready to, and to commemorate death in an appropriate way, not by dwelling on the hate that caused it, but on the freedom our tradition has granted us.

The eleven killed were in the act of celebrating Shabbat, the ultimate holiday and act of freedom.  For Shabbat is a choice about how to use time and a statement that we as humans are permitted to stop work once every six days and to rest, that we will not let bosses and salaries and jobs be the only factors commanding us how to use our time but that also being human beings created in God’s image we are permitted to have some agency over at least 1/7 of our time on earth.

The stones and placing them are important, but for me, the truest memorial is the one that is ongoing and changing, fleeting like the deer and growing while rooted in place like the pear tree. It is honoring the values that those who died expressed in their lives and continuing to express our freedom in living our lives as Jews, as we choose, not letting those who hate us have any dominion over our lives and our values, that we can honor these deaths with our lives and deeds.