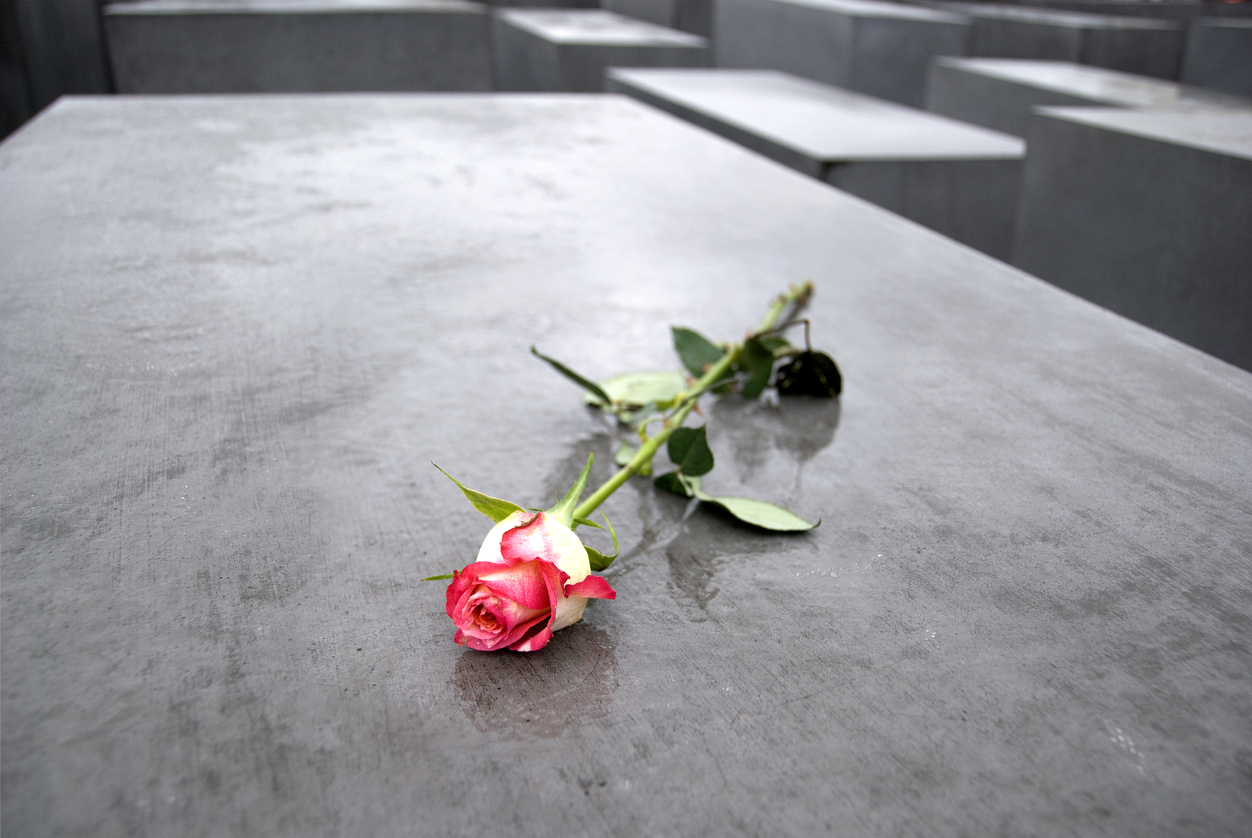 I’ve always felt dissonance in the way the spring calendar brings together Holocaust Remembrance Day and Israel’s Memorial Day and Independence celebrations. As if to make explicit in time the traumatized ethos which ties Israel’s foundation to the horrors of antisemitism and the Holocaust. The sacred task of “remembrance” is an act of healing, re-membering a people fragmented by a history of violence, so that we create a culture of love and acceptance that doesn’t reenact the traumas inflicted upon us.

At certain funerals, when the manner of death is not by way of the grace of old age, when death is sudden, early, or violent — I work with the family to disentangle the life of the one they love, from their death. The painful end of life tries to seize the story. But it’s not the whole. All that the soul created, loved, witnessed must be told. This is what happens with the Holocaust. Tell me six million stories that know nothing of death, what poetry did that generation sing, how did they celebrate the coming of spring? And of course, the end must be remembered, but it’s only part of the whole. So here’s a story of life …

Moishe, or Michael Hofmekler, was born to a Jewish family of musicians from Vilna. He was trained classically but loved to play the Lithuanian folk melodies that were all around him, and in 1932 he was honored by the President of Lithuania as an esteemed performer of that music. The family moved to Kovno, and aside from a brother, Robert, also a violinist, who had left Europe before the war, the rest of his family died in the Kovno ghetto. At the Saint Ottilien Displaced Persons Camp, a Benedictine monastery that took in Jews after the war, Robert, who had joined the American Army, found his brother Michael, who survived Dachau. And they decided to make music.

In May of 1945, still wearing the vestments of the Holocaust, striped robes on ghostly bodies, survivors gathered at the monastery held a Liberation Concert, and Michael conducted the orchestra.

What was the sound of that music? What feelings compelled them to pick up instruments, to play over the screams and silence. Did the music reach backward in time or for the future, to some alternate reality to which the souls fled when the site of their physical bodies was too vile to inhabit? The fragile present which somehow holds.

And don’t we know that place now ourselves, with millions dead around us, a different killer, but the same immobilizing grasp of death, the same question for the artist moving through the horrors of life, what song is next?

Let the yearning to create beauty win, the desire to heal, even though healing necessitates an acceptance of our woundedness. We have been battered through centuries, but those stories can live in art and food and families growing, not in guns and war and oppression. Tell me the stories of life.