How a Hashtag Is Spreading Hope During the Gaza War 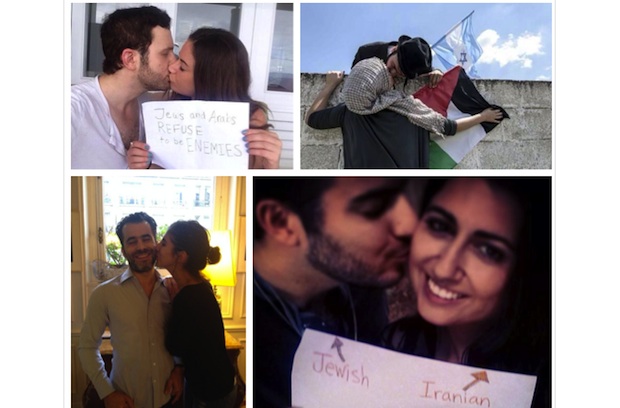 I have always felt I could choose to believe, or not believe, that the arc of the moral universe is long but it bends toward justice. Admittedly, in the midst of another Gaza war with mistrust and hatred between Jews and Arabs deepening (if that is possible), in a conflict that really seems insoluble, with political leadership on both sides incapable of making the difficult decisions and the people on both sides not ready to push their leaders to do so, it is easy to despair. But despair is a lie we tell ourselves, especially those of us who are not literally in the warzone.

It took a long time to get to this point and it will take myriad acts on a multitude of levels by ordinary citizens to change the trajectory. The fact is that evil, violence, and hate do not always win and even in these tragic days – and whatever one’s politics and whomever one blames for this war – we need to be on the lookout for seeds of hope.

It began a couple of weeks ago after two Hunter College students in New York grew weary of seeing their social media feeds load up with hateful comments. The two students, Dania Darwish, a New Yorker originally from Syria, and Abraham Gutman, an Israeli from Tel Aviv, started a Facebook page Jews and Arabs Refuse to Be Enemies. They encouraged Israelis and Arabs to post photos and messages representing peace. People did, flooding the web with photos and signs in English, Hebrew and Arabic with the hashtag #JewsAndArabsRefuseToBeEnemies.

The campaign went viral after Lebanese-American journalist Sulome Anderson (daughter of Terry Anderson, the former Associated Press Middle East bureau chief who was held hostage for nearly seven years by Hezbollah) posted a picture of herself kissing her Jewish boyfriend. Soon, individuals of mixed Israeli-Arab heritage began posting pictures to the Facebook page. So did people with cross-cultural friendships. At writing there are more than 45,000 likes and these days to even like a page like this creates significant blowback and accusations of everything from trivializing the conflict, to betraying and being self-hating.

I am not na?ve. I know the limitations of a social media campaign. Hashtags neither stop rockets nor change engrained policy. But looking at the photos, so many of which are of young people, has become for me a new daily ritual – a technology of hope – that creates a sense of an alternative reality: these are real people transcending borders that for others are killing places.

It seems pretty clear that politicians and conventional diplomacy will not solve the Arab-Israeli conflict. We need diplomatic innovation: we need to disrupt the existing players and processes. We need bottom up, people-driven dialogue and experiences of coexistence that change perceptions, which eventually may change policy. Nothing but co-existence is a solution to this conflict and these photos are a hint of what is possible. Imagine if a fraction of the time, resources, and sacrifices that go to maintaining and managing the conflict went to changing perceptions. Not any single one of us can transform the “situation” but with we the people together working where we see work to be done, the world will change. Thank you Dania and Abraham for believing, acting, organizing, resisting, and inspiring.