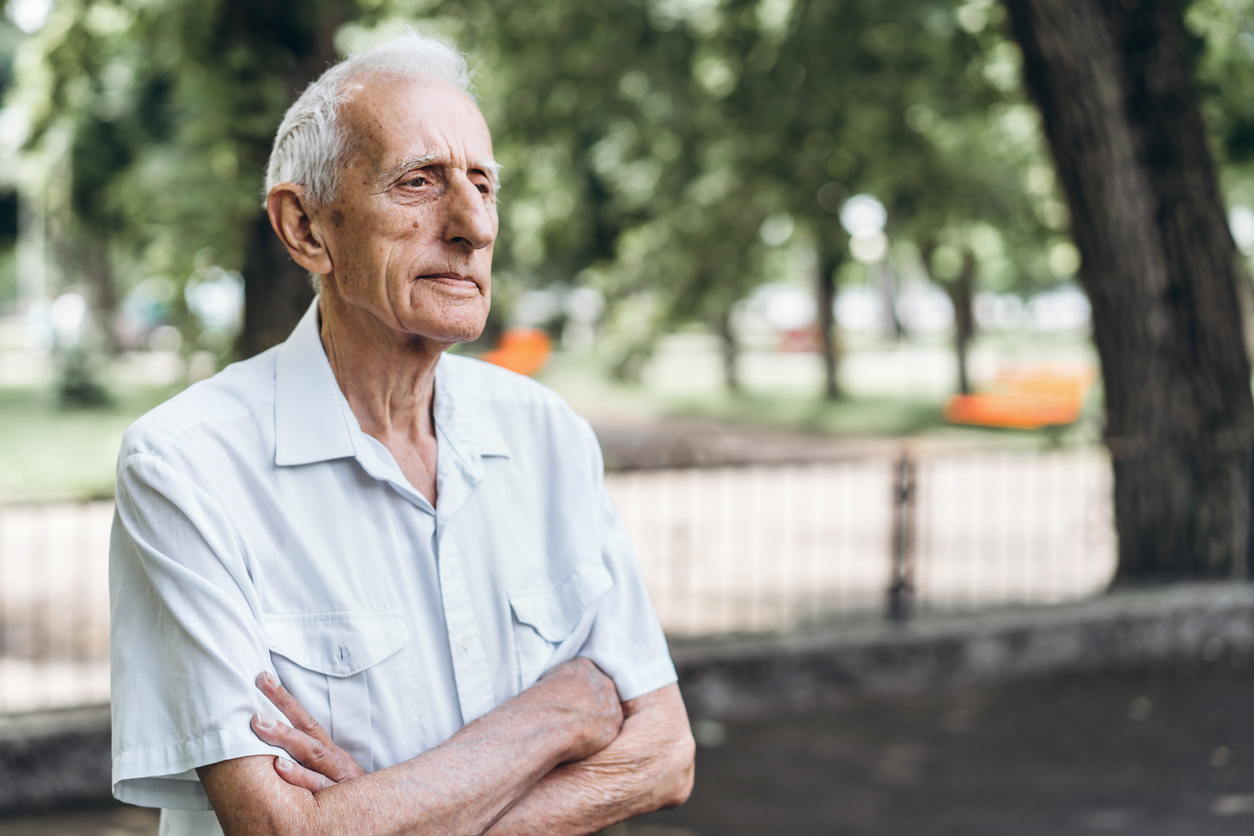 I wanted my grandpa to be a hero but he didn’t measure up. At the critical moment, Grandpa let his family down. He saved himself from Hitler by moving to the US alone, without the rest of his family. In 1944, my mother and grandmother were deported to Auschwitz where my grandmother died… while my grandfather sat in the Bronx.

How come Grandpa couldn’t save them? How come he wasn’t an Oskar Schindler or Raoul Wallenberg or even my friend Shelley’s grandfather who finagled visas, affidavits, and boat tickets to get his family away from Nazi-occupied Belgium?

Grandpa was the only grandparent I ever knew. He died when I was eight but I still remember him, an old, whiskered man in suspenders, with a large, black yarmulka listening proudly as I sang Hebrew prayers.  As a child I loved Grandpa, but now as an adult, he looked like a bumbler, an incompetent, someone to be ashamed of.

But was that really the truth?

During the lockdowns, I began searching for him online. At first, nothing came up. Maybe there was no record.  Grandpa had entered the US illegally. He probably lived under the radar. Then a genealogist friend told me to “search vertically.” Focus on collateral relatives, people whose lives intersected with your ancestors, she advised.  But how?  Hitler burned my family tree down to a stump–I didn’t think there was anyone to seek out.  Then, late one night, a name bubbled up into my consciousness –Regina Mayer–the great aunt who’d taken Grandpa in when he arrived in New York.

I typed her name into ancestry’s search function and within seconds she was on my screen, a doughty woman in an old-fashioned sheitel, a matron’s wig. Seeing her gave me a buzz–genealogy is a lot like assembling one of those thousand-piece jigsaw puzzles and finding a match is putting together puzzle pieces, and finding a match is thrilling! It got even better… In Regina’s 1930 census report was a list of the seven people with whom  Regina shared her Bronx apartment–one of them was Grandpa. Next to his name was a large A for “Alien.” There he was for real, alive, in the census report. What I couldn’t unravel was the secret of his immigration.

My mother said that he “jumped ship.” As she told it, he joined a ship’s crew and upon landing disappeared into the city. But a distant cousin offered a more thrilling explanation– Grandpa dove off the rails of the boat and swam his way to freedom. Which was true? Nobody knows. What is clear, is that in 1930, Grandpa was a house painter and not a very successful one it seems. No earnings are recorded. Perhaps there weren’t any… Who could think of painting their house during the Great Depression?

Grandpa was no youngster. The census lists his age as 40, nearly a senior citizen in an era when most men lived only 58 years. No, Grandpa didn’t seem to be living it up, squashed into Aunt Regina’s. Ironically, these were the good years when he sent money back to his family, and received photos of my mother, his only child, growing up without him.

Ten years later, Grandpa was still with Aunt Regina… now at a different address in the Bronx. Her household had shrunk to four–perhaps Grandpa now had a room of his own. Grandpa had also changed careers. The 1940 census lists him as a Kosher Man, or a mashgiach,  inspecting restaurants and factories to ensure the Jewish dietary laws were respected. He worked a lot; according to the census, Grandpa put in 48-hour weeks for 52 weeks out of the year earning a total of $1470 the equivalent of $37, 430 in today’s dollars – an average wage, even grudgingly middle class. So why not get his own place?

Possibly so that he could continue to send money to his family whose situation was becoming increasingly grave. A photo of Grandpa taken during these years shows a tall, thin, deeply wrinkled man… his eyes full of worry. That same cousin said that before they shipped out, Grandpa asked soldiers to search for his wife and daughter- heartbreaking, but also hopelessly naive.

Was that all he did?

My mother once mentioned something about affidavits and a trip to the Romanian port of Constanza to catch a boat that didn’t sail. Did Grandpa come through in the end but was too late? Maybe.

For Grandpa, the war was a massive personal tragedy–along with his wife, he lost a brother and two sisters plus dozens of aunts, uncles, nieces, nephews, cousins, and friends. But his only child, my mother, survived and Grandpa made a fresh start. In 1948, he married for a second time. A photo from these years shows a now portly Grandpa smiling at his stout middle-aged bride.

No, Grandpa wasn’t a Schindler or a Wallenberg. Nor was he as enterprising as my friend Shelley’s wily Grandparents… but does that make him a failure? Looking at him again now through post-pandemic eyes, Grandpa seems heroic.

Grandpa absorbed some terrible knocks–much worse than most of us took even during COVID’s darkest days, but he started over again opening a new chapter in his life. That’s a lesson for all of us and the kind of heroism we can all get behind.