Was It Car Troubles… Or A Message From My Intuition? 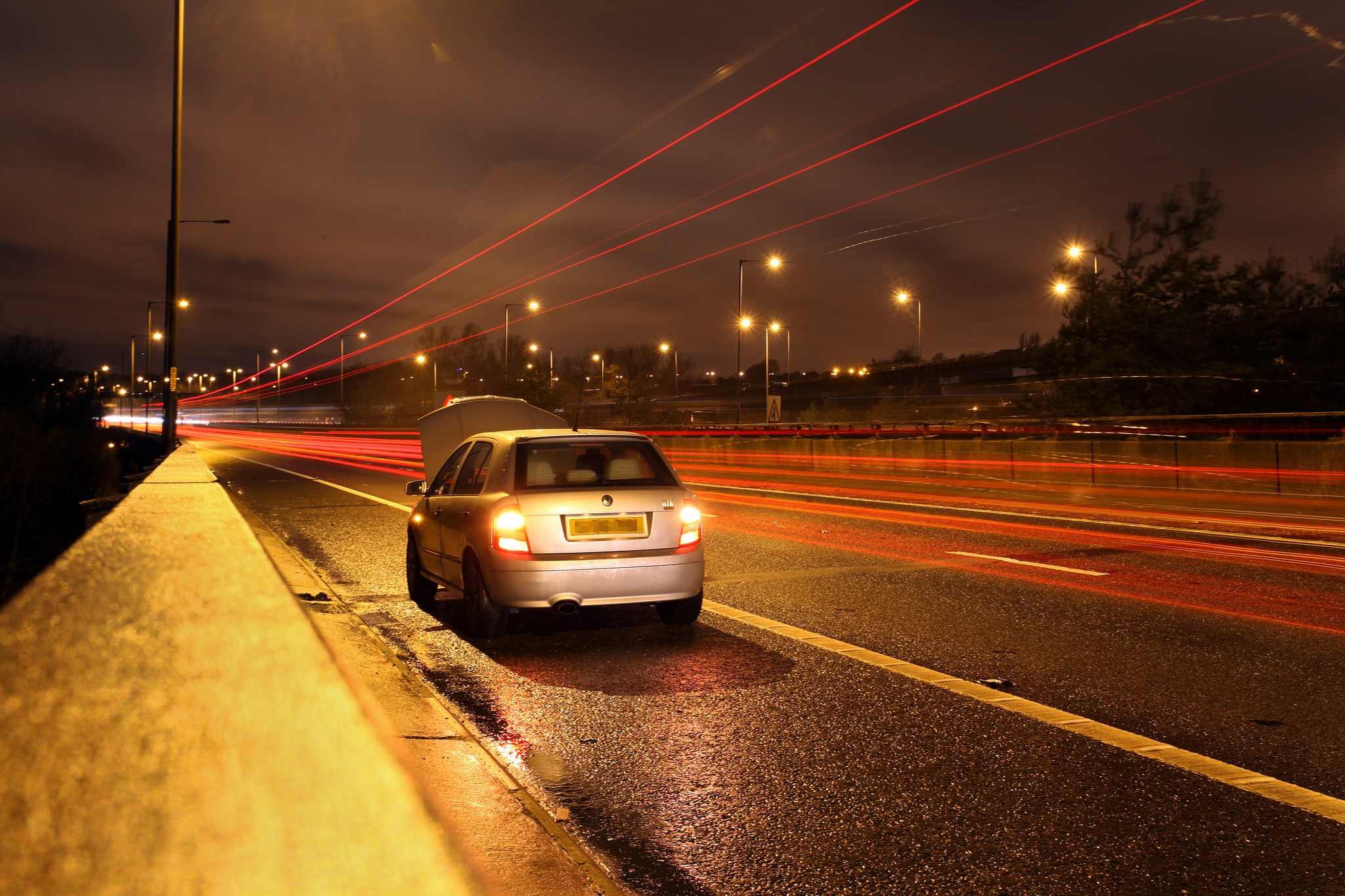 When unusual events begin repeating themselves, I take notice. I also get nervous. In December 2015, I had my 2001 Subaru inspected. Despite two repairs, the “check engine” light blared yellow. My equanimity teetered as the costs mounted, uncertainty lingered and the deadline to pass the emissions test loomed. Eventually the shop determined the root cause. In early 2016, one day after the car received its inspection sticker, the engine died. Perhaps the “check engine” light had been correct after all. As I wrote on this site last month, I referred to my car’s demise as a sign that 2016 would be a “non-starter”.

Around that time, the digital console on my younger brother’s BMW, which I’ve been borrowing, announced: “service the engine soon”. Despite the more genteel language of this luxury vehicle, it triggered some dread. I brought the car in for repair and the mechanic replaced the air sensor. Problem solved. Yet, a week after I had published the phrase “non-starter,” the car’s ignition failed. I had it towed to the same garage. They replaced the starter. At that point my dread morphed into mild paranoia. Had I, by simply conjuring the previous year, precipitated this event, or was it purely coincidental? Still, I tried to tell myself that, really, my mind was not so powerful and I could safely take my brother’s vehicle on a longer trip.

Before Christmas I’d seen a Facebook promotion for a chance to spend a few days at a Vermont writing center. Winners would receive free lodging but pay for meals, including snacks, appetizers and a four course dinner each evening. Like a sedentary frog flicking out its sticky tongue to catch a juicy fly, I entered my e-mail address. To my surprise, I won. Still, I doggedly Googled the contest sponsor to make sure it was not a scam. My Internet sleuthing, and phone calls to inquire about specifics, including the center’s ability to accommodate my gluten-free diet, provided reassurance. I decided to go the first week of January to begin the year in a place of quiet beauty. Having never been on a writing retreat, I wondered if it would help me focus. I decided to treat it as an experiment. I could always drive off if something were amiss.

With the car loaded with warm clothing, snow gear, my laptop, books, spiral bound notebooks, a bag of snacks, and other paraphernalia, I set out for the center. At the last minute, I decided to drop a few things off at my mother’s house. While heading there, the console announced, in bright orange letters, that the engine had overheated and I needed to pull over. Unable to find a safe place to stop, I drove another half mile. By that time, the display flashed red: “Stop the car. Do not open the hood. Risk of scalding. Call BMW service or roadside assistance.”

I turned into a hospital parking lot, turned off the engine and let it cool. Ten minutes later, I continued on my way, only to have the light flash orange. I stopped again. The promise of a retreat began to fade. I remembered my initial misgivings. Was the car trying to tell me something I knew deep inside but, in my eagerness to get away, had been unwilling to admit to myself? Was I again being spiritually lazy by not being more proactive about my need for a change of scenery and quiet? I started the engine again, turned on the hazard lights, and drove 20 miles per hour, expecting I’d make it to my mother’s house less than a mile from there. Just three blocks from my destination, the console flashed a series of failure warnings and I heard a sickening electronic sizzle. That this happened so close to the anniversary of my car’s demise made my head spin.

I texted my mother. She offered me the use of her car for those days, a huge relief. I tried to find equanimity while, in the bitter cold, I unloaded the BMW to prepare it for towing. By the time I transferred everything into my mother’s vehicle, it was nearly 1:00 pm. I hoped I’d make it to my destination, up a winding country road, before dark. Fortunately, I did. The pale sunset over snow dusted mountains eased the stresses of the day. I unpacked my bags and settled into my spacious room( named after Emily Dickinson) for four days of quiet, minus the distractions of social media.

Over delicious food the first night, I met four of the retreatants; another would arrive later. We exchanged pleasantries as well as our skepticism: several others had heavily researched the venue, too. The scene reminded me of an Agatha Christie novel where strangers are summoned to a remote country manor, where their connections and purpose for being there are gradually revealed. Indeed, the owner of the center would be joining us the following night.

As we sat around the dinner table that second evening, the local staff told us that, due to icy conditions, the owner would not be coming until the following day. As snow swirled outside, the mystery around him deepened. By then, the six of us had shared four meals together and had begun to forge connections and our own writing grooves. When the owner appeared the next night, stomping snow from his boots, his presence felt intrusive. Indeed, something didn’t sit right with me. I couldn’t put my finger on it, but when he asked me point blank at the dinner table what I was working on, I immediately stepped on the brakes. I told him I’d rather not say. Others were more forthcoming and, after the meal, read their work as we sat in front of a roaring fire. I listened to his feedback and comments. Much of it dovetailed with what I’d learned in workshops. Had my distrust been overblown? Still, my inner “check engine” light continued to flash yellow. When I agreed to read the following night, as an act of camaraderie with my peers, I chose a red herring essay, one I’d fished from the depths of my hard drive.

On the last night of our stay, the owner revealed one of the reasons we’d been summoned via a Facebook giveaway. He was looking for contestants to enter “pitch week”, where writers would compete for a New York publishing contract in a reality television format. The “X Factor” for books? More like the “Ick Factor” for me. That same day, I received an e-mail that the mechanic had found nothing amiss with the BMW. Moreover, the car’s computer had not registered any of the overheating warnings. Had there been a ghost in the machine or, in my case a variation of a dybbuk, perhaps not a malicious, but a mischievous spirit messing with me?

At our final breakfast, I mentioned the car mystery. I told the other guests I’d used “non-starter” to describe my Subaru’s death last year but I didn’t want to doom 2017 by using the same phrase; more than once, my words have come back to haunt me.

“How about ‘false start?'” suggested one.

Yes, a false start. Not a bad start, as I met some cool people and we shared belly laughs and writing tips. But also not a true start. Perhaps I needed to learn, for the umpteenth time, to honor my instincts, no matter what. I just need to pay as close attention to them as I do to the car’s console, even if they don’t flash red and orange and, at times, are as hard to discern as a faint pulse under a thick sweater. Luckily the year is just beginning. One of the writers told me of a Benedictine priory that hosts retreatants of all faiths. Perhaps that is where I might find respite and contemplative camaraderie, with no unexpected or odd revelations unless, of course, they emerge from within.