Just How Transformational Is Burning Man? 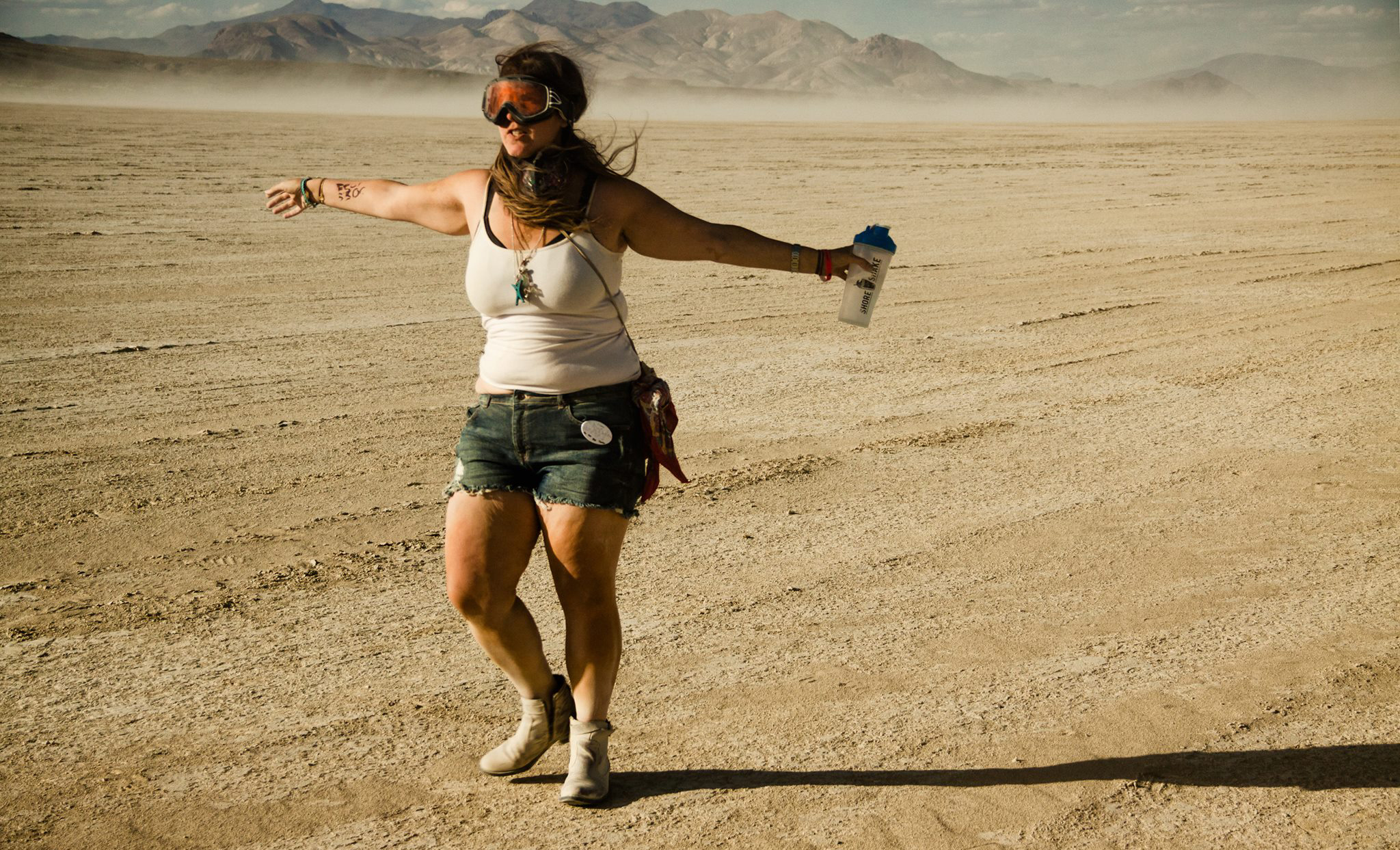 Four months ago, 65,000 humans from all walks of life converge on a patch of desert in Nevada known as Black Rock City, or to its citizens, simply “the playa.” An ancient, dried up lakebed bordering in the nearby Pyramid Lake reservation; the playa becomes the home of Burning Man, a human experiment that some call a festival, others in the know acknowledge it as a way of life.

The media stories post Burning Man range from personal anecdotes of corporate escapees and spiritual seekers experiencing their first trip outside the confines of society, to high dramas around the much-maligned “plug-and-play” camps designed for rich techies and their Sherpas. There are images of over-the-top art installations and hedonistic accounts of costumed revellers, and shocked journalists competing with veteran burners in discussing what, exactly, constitutes Burner culture.

But running through it all is a common thread, where one begs the question: Just how transformational is Burning Man? As an intended model for a utopian society with “Ten Principles” ranging from radical inclusion, civic responsibility and participation to radical self-reliance, decommodification and gifting (among others), how much does this granddaddy of all transformational festivals represent the ideal movement towards a society that is far from the “default world” we live in? With a dark shadow and a light side that represents the spectrum of human experience, is Burning Man a map towards our future or simply an exercise in unbridled excess?

The Ten Principles elicit both accolades and critiques from attendees and bystanders alike, some of whom view the ideal society as far from the reach of a bunch of dusty hippies who do more to improve Walmart’s bottom line than the plight of underprivileged people worldwide, while others do consider the prototype created in this one week of the year a vital teaching and learning experience for change makers, visionaries and creators of intentional community across society.

As a second-time Burner who entered the fray only one year ago with the intention of exiting my comfort zone to achieve full self-actualization on the eve of my thirtieth birthday, I aim towards the latter category: Viewing Burning Man as an energetic map towards the type of world we’d like to create, not just inhabit: One where artists and dreamers can co-create their own reality based on a life of mutual synergistic connection; where synchronicities are real and love is a currency that runs throughout human connection. Although not every aspect of the Burn is ideal, and the manifestation of the principles certainly runs short – as does everything in life – the overall intention and actualization of each Burner who exists their comfort zone for just one week brings us towards creating a world that is ultimately going to be better than it was one week ago, if only by virtue of the open heart and newly wrung out mind that we bring back into the “default world” with us.

And with that being said, there is one principle that to me, resonates above them all, as a fundamental concept that is hammered into the brain of every burner, no matter how deep the acid trip or how coddled the experience.

And that’s the principle of Leave No Trace.

On the playa, there are no garbage cans. Everything that you bring in you take with you, unless its the 1ply toilet paper you can leave in the portapotties – though signs abound reminding you that even flushable wipes need to be ziplocked and taken back to camp. Ashes and cigarette butts are collected in mints containers rechristened as moop tins and along it’s common to carry around a plastic “moop” bag, in order to remove that ever present pest, the one that elicits warning cries and alarm bells on playa: MOOP.

Matter out of place.

That abysmal marker of a society gone awry, when we look around us and constantly see MOOP; instead of packing it out and leaving no trace.

What if we all carried our own moop bags in life and made sure we never left a trace?

What if we took care of how we treat our neighbors so that our interactions with one another were positive, and the only trace we left was of benefit to each other and society as a whole?

If we never left a trace of ego or hurt or damage in our own lives and in the lives of others? If we collected any matter out of place that doesn’t belong in someone else’s heart or mind because it’s just a projection of the crap that we’re going through? If we left only a positive trace of love and joy instead of fear and shame? If we ensured that whatever is left behind is positive, and dutifully cleaned up any Matter out of place that does not belong on this earth, in our hearts, n our minds?

This summer I worked on Gratitude Migration, a festival inspired by Burning Man and located near New York in Keansburg, New Jersey.

Our goal was not just LNT (Leave No Trace) but to leave a positive trace, cleaning up the beach (on Sandy Hook Bay) so the locals could delight in the joys of the beach we visitors found so welcoming that weekend.

As it turns out, as organizers we found ourselves frustrated with the cavalier attitude of many participants towards the LNT ethos. Trash was often left and volunteers scoured the beach for days following to make sure we truly kept to our word and left no trace.

Early Saturday morning, I met a young man MOOPing the beach, as we called it. He was a local from the nearby town of Hazlet, and although he’d had to work a bar shift the night before and couldn’t participate in the festival, he’d volunteered so he could attend anyway. And there he was, at 7am, cleaning up after last night’s partygoers, MOOP bag in hand.

“Thank you so much for doing this,” I effused. He shrugged.

“We have to do it if we want to keep it going, don’t we?” He pointed out, very logically. Whether or not he was the mess maker, we all benefit from the event, the beach, the planet we live on. Shouldn’t we all take part in keeping it clean so we can keep it going and have it for the future?

Leave no trace goes far beyond plastic bags and cigarette butts; though that’s a great place to start. It’s about taking care with our actions and understanding the effects they have long after those words leave our mouths, after that sly elbow nudge registers in the ribs of our friend, after the plastic water bottle drops out of our fingers before lodging in the throat of a baby sea creature.

What if we took care to clean up the Moop from our lives, to make sure our deeds created no matter out of place? To leave a positive trace every time we walk into a room, instead of allowing the garbage that comes our way to fester and rot into a full blown pile of stinking waste? To ensure that our behaviors create streams of positive energy and harmony in the world rather than discord festering because of the crap someone else threw on us based on the crap someone else tree on them

It’s simple to just stop, pick it up, throw it in a moop bag. Give it away, pack it out, but don’t let it rot into trash so we’re left with a royal mess on our hands.