Lincoln’s Words of Wisdom on Bridging Our Divides 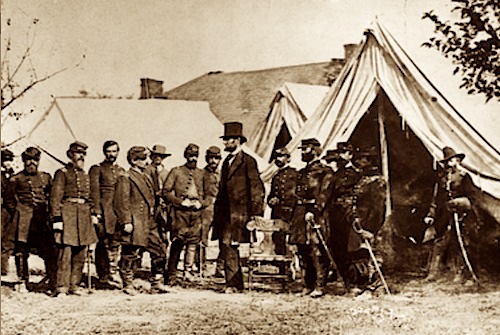 We have come to learn over the past few years that elections, as critical as they are, do not ensure a healthy democratic society. Citizens who are committed to freedom and a public culture with institutions that enable deliberative conversations and political compromise make real the promise of democracy implied by free elections. We face the future with the same, if not greater, political dysfunction and cultural polarization than we had before the latest votes were cast.

A recent Pew survey showed that, increasingly, conservatives and liberals tend not to reside in the same places, nor want to mix with same people, nor engage in religion in similar ways. And sizable minorities of both groups would be dismayed if someone from the “other side” were to marry into their family. We all know it will take much more than another round of elections, whatever their results, to get this country functioning again.

We face the future with the same, if not greater, political dysfunction and cultural polarization than we had before.

In light of the deep divide that threatens our democracy’s capacity to address the challenges of the day, perhaps it is appropriate to read an excerpt of Abraham Lincoln’s words to the nation following the national election that he won in the midst of the Civil War.

On Democratic Government Response to a Serenade
November 10, 1864

It has long been a grave question whether any government, not too strong for the liberties of its people, can be strong enough to maintain its existence in great emergencies. On this point the present rebellion brought our government to a severe test, and a presidential election occurring in regular course during the rebellion, added not a little to the strain…

The strife of the election is but human nature practically applied to the facts of the case. What has occurred in this case must ever recur in similar cases. Human nature will not change. In any future great national trial, compared with the men of this, we will have as weak and as strong, as silly and as wise, as bad and as good. Let us, therefore, study the incidents of this as philosophy to learn wisdom from and none of them as wrongs to be revenged…

But the election, along with its incidental and undesirable strife, has done good, too…It shows how sound and strong we still are…

But the rebellion continues, and, now that the election is over, may not all have a common interest to reunite in a common effort to save our common country?

For my own part, I have striven and shall strive to avoid placing any obstacle in the way. So long as I have been here, I have not willingly planted a thorn in any man’s bosom. While I am duly sensible to the high compliment of a re-election, and duly grateful, as I trust, to Almighty God, for having directed my countrymen to a right conclusion, as I think, for their good, it adds nothing to my satisfaction that any other man may be disappointed by the result….

Whether our candidates win or lose, we citizens can choose whether to strive for a “common interest to reunite in a common effort to save our common country.” The virtue most required for us to do so (witnessed so eloquently by Lincoln) is humility.
May we live up to his call.