Are You an FOP: Fan of the Pope? 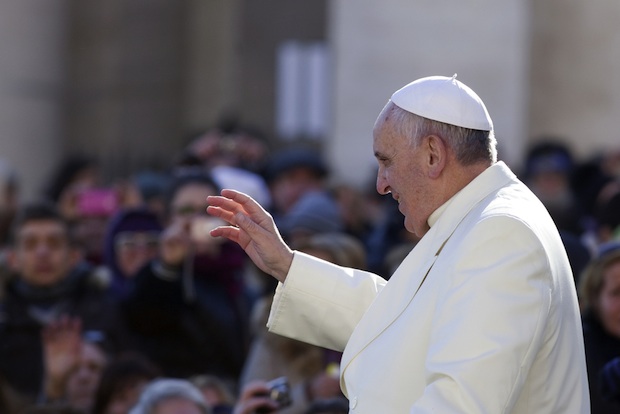 Pope Francis has engaged and inspired millions of non-Catholics, former Catholics and alienated Catholics since assuming his position as leader of the Roman Catholic Church. He’s both a spiritual master and global celebrity; that means the world is now filled with “FOP”s – Fans Of the Pope. However, some of them may be reconsidering their views now, though I’m not sure that that’s fair.

Pope Francis has spoken out about the idea that choosing to die when confronted by a terminal illness is “a sin against God”, and that supporting terminal cancer patients who want to end their life, like Brittany Maynard, is rooted in “a false sense of compassion.” It’s that second assertion, especially, that many find troubling and painful – which isn’t surprising.

Many FOPs have been drawn to Pope Francis’ respectful (some would say more compassionate) approach to gays, atheists and others not typically received as such by Church leadership. I share their excitement about these developments.


I am, and will remain, a Fan of the Pope because he addresses tough, often divisive issues and invites reflection and deeper understanding from people on the different sides of the issues.

Many FOP’s celebrate the Pope’s view of those deemed sinful by classical church teaching. They see his approach as pointing toward a fundamental rethinking of church teaching, as opposed to a fulfillment of it. These fans may now be upset when the same Pope they adore teaches things they probably don’t.

My deep respect and admiration for Pope Francis is not based on the expectation that he’ll move the Church in any particular direction I’d approve of. That wouldn’t constitute being a fan of the Pope, as much as it would constitute being a fan of myself (and being happy that the Pope happened to agree with me!) I hope this is the case for many FOPs, as it can be a defining moment in creating a healthier, more durable kind of fandom – one based upon more than simple agreement about the “right” policy for the Catholic Church.

I am, and will remain, an FOP because Pope Francis continues to address tough – and often divisive – issues in ways which invite reflection and deeper understanding from people on different sides of those very issues. In this case, he invites us to consider the notion of false compassion.

We won’t all agree, at least not fully, about the application of that concern in cases like Brittany Maynard’s. But it behooves us to think more carefully about the positions we take when it comes to end-of-life issues. What does it mean to be falsely compassionate? Where might we be guilty of that, however well-intentioned we may be?

For whom must we have compassion in cases such as Maynard’s? Is it the patient? The family of the patient? Do we have larger obligations which may conflict with those more immediate ones? Do we really appreciate the ethical difference between choosing to die, and choosing to curtail needless pain and suffering?

I remain an FOP because, through his teaching on this issue, Pope Francis makes me think hard about questions to which the answers should never be too easy.