Another Day, Another School Shooting 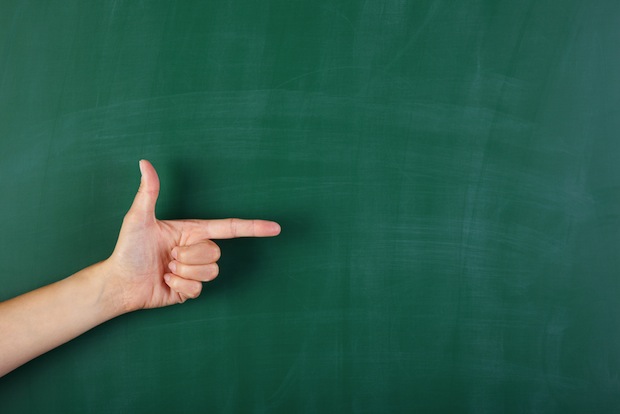 Were it not quickly becoming a fact, this headline would be offensive in its seeming glibness regarding the murder of students on campuses across the nation. Tragically, there were two more episodes this week, the most recent being the attack on Reynolds High School in Troutdale, Oregon, 12 miles east of Portland.

Jared Padgett, a student at the school, shot and killed another student, Emilio Hoffman, before taking his own life. For the families and friends of the two boys, the tragedy is obvious. What about for the rest of us? Is it really a tragedy, or simply something that we shake our heads about and move on?

My question is directed at myself as much as at anyone else. I just find myself feeling so weary of these stories, and yet I know that weariness is not the place from which we will find solutions to this plague which is becoming a norm – or is it?

Perhaps we need to become weary, not of these stories, but of the same tired debates which follow in their wake each and every time. Perhaps we need to become weary of our own immediate responses, whether they focus on the constitutional right to bear arms and the positive potential of weapons in the hands of the “good guys”, or if our responses point out our nation’s uniquely high rates of gun ownership/gun violence and the fact that our national obsession with guns is literally killing us.

Despite finding myself pretty squarely in the latter camp, it’s clear that debate is our equivalent of fiddling while Rome burns, and we should all be weary of that, to say the least. So what to do? Take a bit of advice from President Obama, regardless of where either you, or the President, stand on the issue of gun control and gun violence.

In a press conference this week, the President spoke of the need for “soul searching”, and I could not agree more. Real soul searching demands the willingness, and perhaps even the necessity, to see new things and think in new ways. If not – if all our soul searching accomplishes is affirming what we already believed – how can we know that we have truly searched our souls?

Someone once told me that the definition of “crazy” is doing the same thing over and over again while hoping that next time we will get a different result than all of the previous times. That may not be the best definition of crazy, but it’s one worth noting when it comes to curbing gun violence in America and keeping campus shootings from becoming increasingly “normal”. If that reality isn’t crazy, what is?

So yeah, let us all be weary of whatever rhetoric and logic we usually bring to this issue, let us be weary enough to open our souls, our hearts, our minds – call it what you will – and search for new ways to think about the horror of gun violence on campus becoming a norm.

Let us search our own souls for new ways to come together – ways which proceed from acknowledging the premise that all people want our kids to be safe, and not from the deep resentment that is often directed at those who seek that safety in ways with which we may deeply disagree. Even if “they”, whomever your version of “they” is, are the problem, that is how we can all be part of the solution.