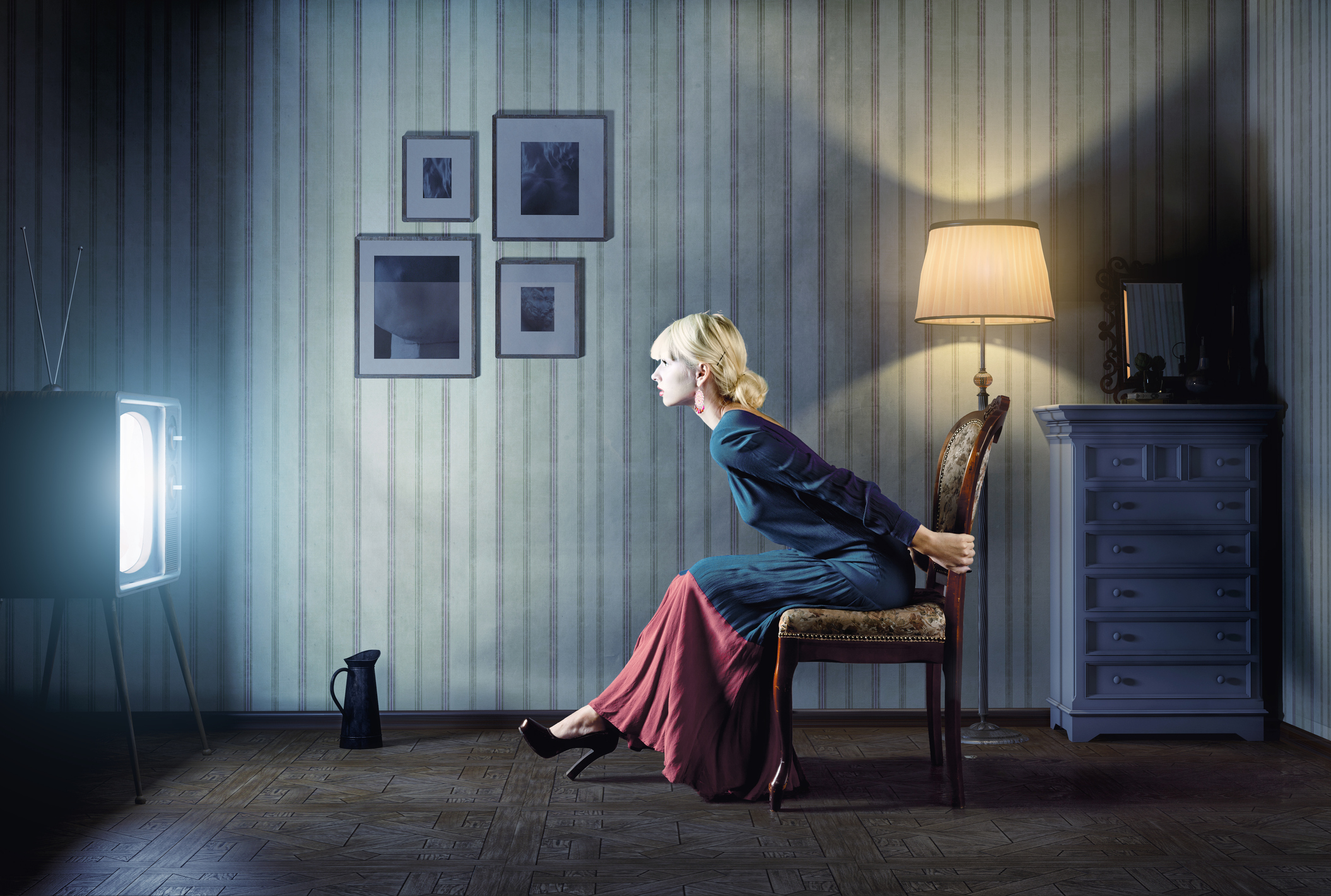 Drama, the function of which is to provide cathartic experience, has in our media overload society become a substitute for experience itself. Meant as medicine and not food, drama benefits the human psyche by allowing us as detached audience members to vicariously explore our own unconscious and subconscious processes in a safe way. A person watching a drama projects their own emotional template on to the characters and experiences his/her own humanity from just far enough ways to be able to have a revelatory and therefore healing effect.

In the Bible, a well-known example of the cathartic and healing effects of drama is illustrated several times in the person of King David. David’s dramas were produced by his court prophet and his trusted general, specifically to elicit an enlightening of the king to his own misdeeds. II Samuel 12:1-13 relates how the prophet Nathan contrived a story about a rich man with many flocks who didn’t want to use one of his own to feed a guest, so he steals the ewe of his neighbor, a poor man whose one and only animal was that single ewe.

David rightly becomes indignant and demands justice for the poor man, and Nathan reveals to David that in the matter of Bathsheva and her husband, Uriah the Hittite, David himself was the rich man who acted unjustly. David’s response was self-illumination, which led to repentance and ultimately to healing restoration of his relationship with G-d.

David is again the intended audience of a drama, written and produced by his general Joab and enacted by “the wise woman of Tekoa” (11 Samuel 14:1-23) to show David the mistake he made by banishing Avishalom. Again, a fictional but plausible injustice is committed, and David’s response is to put things right. It’s then revealed to him that he himself needed to put things right in his own household for the sake of the Kingdom of Israel.

A more contemporary example is that of Arya Stark in the HBO drama series “Game of Thrones”. Arya happens upon a village puppet show depicting in a mocking way the recent political events in the Seven Kingdoms and the bloody, violent struggle for the Iron Throne. She watches as the puppets act out the beheading of her father, Ned Stark, the traumatic event which she witnessed, and from that moment until the moment she found herself watching a puppet show in a far-off village, had driven her from one horrific experience to another. Beholding her own story as an observer instead of as a participant was the cathartic event Arya needed to allow herself to reclaim her identity and come to herself. This is healing, and this is the function of drama as medicine.

These cathartic and healing elements of drama are delivered via story-telling. In After Virtue, philosopher Alasdair MacIntyre tells us “man in his actions and practice is…essentially a story telling animal …he becomes through his history a teller of stories … I can only answer the question ‘what am I to do?’ if I can answer the prior question ‘of what story or stories do I find myself a part?'”

The pathway of narrative is storytelling, and storytelling is hard-wired into our brains to inform us, from the inside out, who we are and what we are doing here. Story telling is how we define ourselves to ourselves, and how we make sense of the world around us. Drama is delivered to us via “entertainment”, but because of the rapid technological advances in media production and consumption via a vast number of platforms, we have SO MUCH DRAMA on which to gouge ourselves, and we devote more and more time consuming this drama, and less and less time directly experiencing life.  Instead of a nutritious side dish, “entertainment” (dramatic narrative / communal storytelling) has become the main course at the 24/7 open all night all-you-can-eat multi-media buffet.

What are the stories, the dramas, we choose to consume telling us about our government and political system? There’s the “Elected Government isn’t real, it’s run by Shadow Powers” story, the one we see taken as fact in dramas such as “Scandal”, “House of Cards”, and “The Blacklist.” There’s the “Government is run by buffoonish oafs” story, as seen on “Veep.” Is the entertainment industry priming the American audience to accept either of these scenarios as fact? Would Aaron Sorkin’s “West Wing” be located anywhere in the same world view bandwidth neighborhood of Shonda Rhyme’s “Scandal”? How did we go from CJ Craig to Melissa Meyers as Sean Spicer on Saturday Night Live?

What are the stories, the dramas, which the American public consumes under the category of “entertainment” telling us? What neural pathways are being forged in our brains by these stories – and why are we willing to accept them? Are we so overfed on drama that we’re willing to consume anything thrown at us?  Most importantly – are we the ones telling ourselves these stories, or are they being told to us?

America needs to go on a drama diet. We’re fat with a surfeit of junk “entertainment” and we’re being conditioned – some on the more suspicious side might say we’re even being deliberately primed – to accept ideas about the government and society which sow doubt about such fundamentals as the democratic process. As bloated as we are on too much drama, is it any surprise America elected the junk food of drama our nation’s leader?

We need nutritious drama. We need the entertainment industry, which thanks to technology has multiplied it’s legion of platforms and channels so that the feed is continuous and ubiquitous, to start using drama as medicine instead of junk food. We need our producers, our writers, our creators, our storytellers to tell us a good story, a hopeful story, an empowering story; instead of the nightmare scenarios we’ve been fed as “content” (what media which exists as the template around which advertising is sold is referred to). We need a story that will help us see ourselves from the outside, prompting us to come to ourselves, to remember who we are, and be restored to our highest purpose.