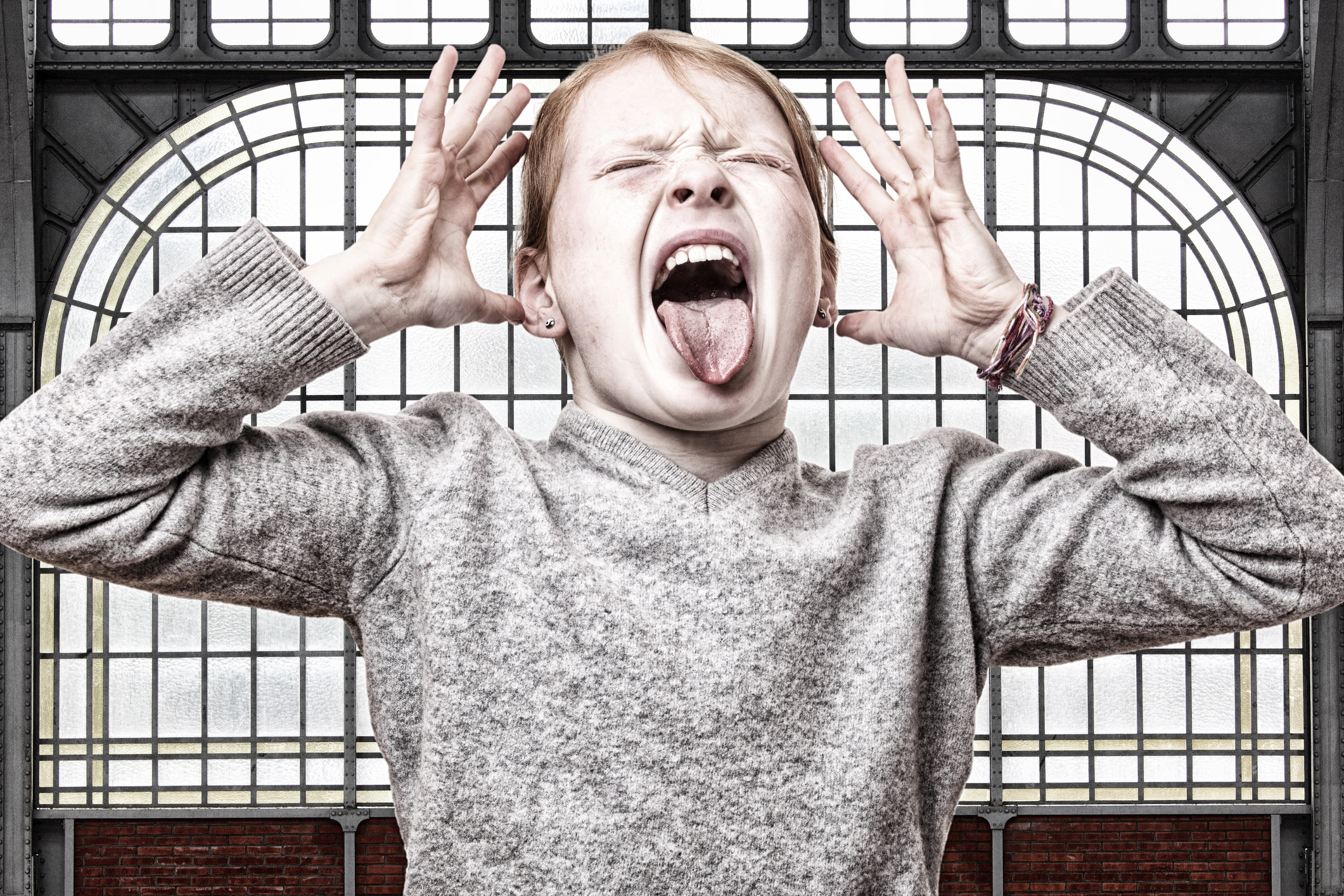 I got on the bus to the university where I teach, after emerging from the subway. The Boston public transportation system allows free transfers: if you take the subway to the bus, the second ride is free if you use a transit card with money on it, known as a Charlie Card. You just have to take the second ride within two hours… which gives plenty of leeway. I tapped my card on the sensor on the bus… and got charged again. $1.70 was deducted.

Needless to say, I was pissed. I said to the bus driver: “Hey, did you see that? My card got charged! I just came up from the subway: I should have gotten a free transfer to this bus.”

He nodded. “Yeah, you got charged. Nothing I can do about it now. Explain what happened the next time you take the bus and ask the driver for a free ride then. It shouldn’t be a problem.”

Soon after class was over, the bus that ended up in my home neighborhood arrived, so I figured this was the perfect time to right my wrong. I got on the bus and explained my situation to the driver. “The last driver said my only recourse was to ask for a free ride on my next bus.” I thought I was perfectly smooth and friendly, casual but implying the proper urgency. $1.70 is $1.70, after all. Let something like that drop thousands of times, and you’ll lose enough for a vacation or a new computer.

The driver, a short, thickly built middle-aged man, gave me a look. I stepped aside to let other people on the bus. One woman was paying with cash, not a card, and the machine was having trouble with one of her bills. “You can just go on ahead,” he said. I took that as a very good sign.

When everyone else had boarded, I asked: “So is it OK for me to just sit down?”

“Tap your card right here.” He pointed to the sensor.

“So you’re making me pay even though I was told my next bus ride should be free?”

He said nothing, and his face took on this very particular expression. His wide nostrils flared a bit. He smiled just slightly, then suppressed it. The expression was akin to the one that a few relatively distant relatives take on when they want to make me feel really, really bad about myself.

“Oh wow, you suck,” I said. This comment didn’t feel like a big deal to me. I thought I said it with a little bit of humor, even. I’ve hung out with teenage boys enough for that expression to feel completely normal: an acceptable venting of annoyance or mild anger.

Clearly, I misjudged. “Get off the bus,” the driver yelled. His nostrils flared to the point where I felt a little scared, like they could suck me into his stocky, unkind body.

“Even if I pay? At this point I just want to get home.”

“I don’t think that’s even legal. I’m a paying customer.”

I figured I’d just go sit down. Surely, he would take off for Harvard Square, and this would blow over. I headed towards the back of the bus and took a seat. The bus was relatively full, and I didn’t look too closely to see who my fellow passengers might be. I didn’t want to know.

The bus wasn’t moving, but I assumed we were waiting for a light or something. After maybe three minutes, I realized the door in front was still open. Alarmed, I headed to the front to see what was happening. The bus driver was on the phone, saying: “I have this customer that won’t pay her fare. She won’t get off the bus…”

I shouted loud enough for the person on the other end to hear: “But I told you I would pay!”

Those nostrils flared again. “Get off and wait for the next bus.”

At that point, I left the bus. The nearest subway station is only a twenty-minute walk from the campus, so I just headed over there by foot. When I reached the station, I looked around for someone who worked there so I could share my plight and get a free ride at that point, but no one was there.

A man tapped his Charlie Card and entered the train area, and I ran through behind him. I was shocked at myself, but there you go. I wasn’t going to let this pass, and I didn’t want to start up with another bus driver. I heard a few beeps and my heart pounded: what if I got arrested over one subway fare?! But no one was behind me; as far as I could tell, no one saw.

I was a true badass. This was amazing. It really was so amazing. I had been wronged and society did not want to right things, so I took care of it myself. Maybe this was an omen for my future. Maybe I would figure out how to assert my needs and flourish in this world when enough was at stake to actually matter. First, $1.70; next… who could begin to say?

Then I began to seize up with regret and an odd, grinding form of terror. What if the wrong person saw me on that bus? For that matter, what if someone I knew saw me rush through the turnstile without paying just now? A cool, mature adult might have tried initially for the free ride, but, when they sensed any kind of pushback, they would have just paid. That wouldn’t have been my last chance; I could have paid on that bus and tried again some other day when I got a better feeling from a bus driver.

The next time I taught, I kept wondering if one of my students or colleagues had been on that bus. It’s doubtful; I rarely see them on city buses. But it certainly has happened. In fact, I noticed a friend of a friend sitting there; she teaches in the same department as my friend. I told myself she probably doesn’t know who I am, but, when I shared the incident with my friend, she said that woman almost definitely knows my name and a little something about me, because my friend has mentioned me to her.

Oy vey. What if this woman found the incident particularly intriguing and shared it with people who know me? I’m not sure how to calculate the likelihood of that happening, but it seems way too far from zero to put me at ease. All for $1.70. Oy vey iz mir. What is wrong with me?

I guess, in the end, it was all a symbol. That bus driver’s face reminded me of cruel family members. Losing the $1.70 was eerily reminiscent of so many times when I paid for things that turned out to be a waste. Watching that driver wave the woman whose dollar wouldn’t work in the machine through — and then refuse to help me — felt like yet another example of unfairness, yet another time when I just didn’t get what felt right. Unlike most instances, what I lost was very concrete, and recouping it felt within my reach, as long as I pushed hard enough.

Next time, I will let this kind of thing pass. I am talking to myself now, begging myself not to take risks for small rewards. For $1.70, I could have avoided worrying about who had seen me act like a lunatic. Don’t get me wrong: I don’t actually think I did anything so terrible. The problem was not sensing cues, not giving up before true distress arose. A nasty bus driver with flaring nostrils is like any other nasty person with flaring nostrils: best avoided.

For that matter, rushing through the turnstile without paying would look like thievery, even if I knew the truth. I was thinking I could explain if anyone questioned me… and say I had looked for an employee to explain my situation but found no one. It was true. It could be verified if the station was under video surveillance: I looked in both information booths for someone who could help me. But, if I wound up in the hands of someone similar to the bus driver, I hate to consider what might have happened.

A week later, this adventure still makes me suffer. I still wonder who might have been on the bus that stalled in order to get me (me, of all people!) back onto the street. Completely not worth it. But hey, I got an essay out of it. And a story. And even a little lesson: from now on, I will let certain things go. I’ll pay a little more, do a little more, whatever, no matter how unfair it seems… if doing otherwise will make me obsess over who might have seen me, and what inconvenience I may inadvertently have caused other people.

I will still fight. Always, always I will fight. By now, I know very well: if I am not for myself, no one but those who truly care about me will ever be for me. But even a fighting spirit should be tempered with discipline and control. My grandfather often said: “Everything in moderation, and even that in moderation.” Fighting can be immoderate when I truly have nothing to lose, but possibilities for loss are everywhere when you include the potential for gossip and unwanted tension.

In the future, I’ll try, briefly, with a smile. If I fail, I will pay. And then, for $1.70, I can maintain more inner calm and avoid obsessing about who might have seen me at inopportune times. A real bargain. I will remember.