5 Things I Love About Islam 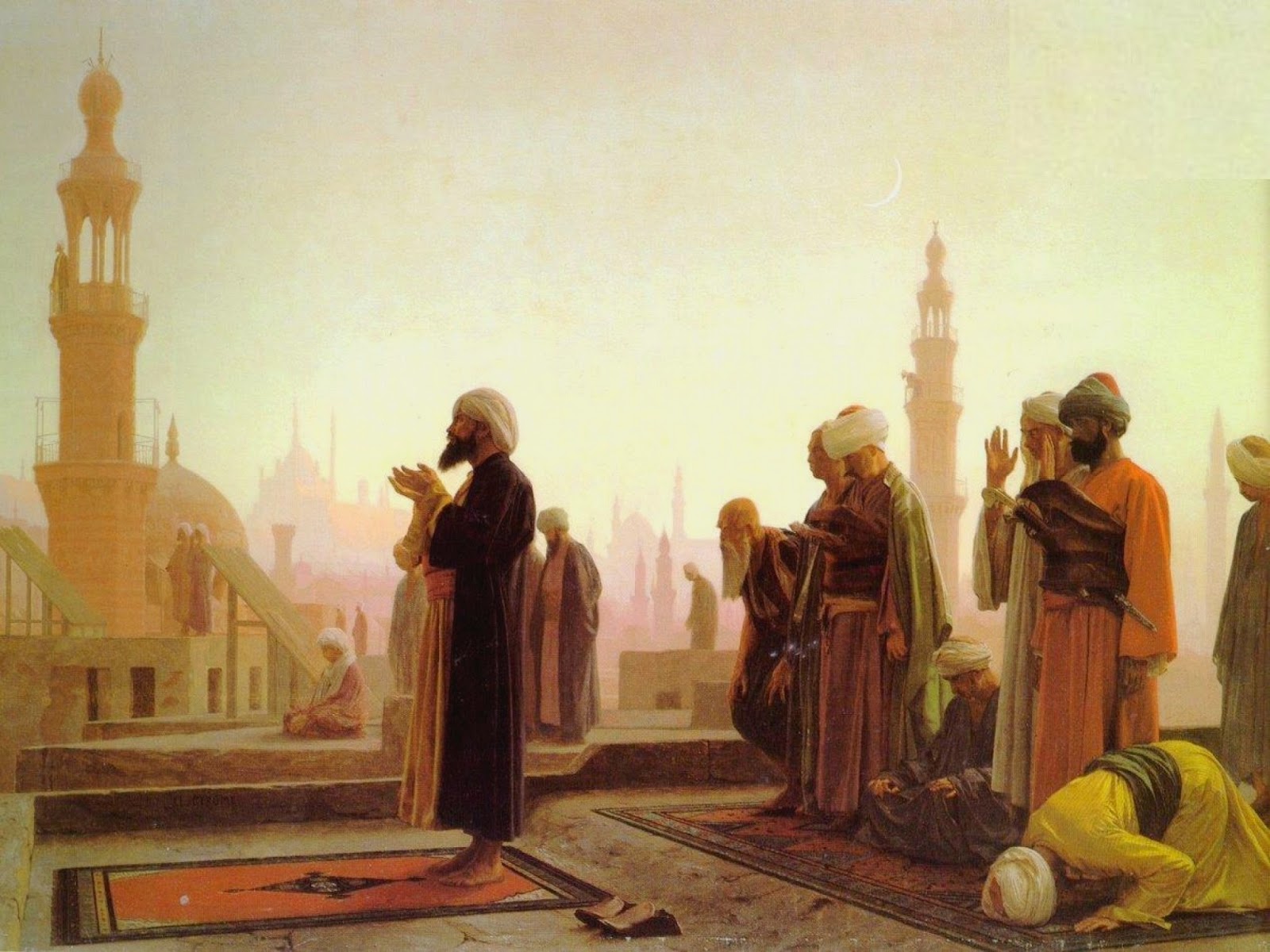 Islam is based on the fundamental principles of peace, devotion to God and respect for life. That this noble religion – and the civilisation, art and learning it helped to create – has become implicated in the atrocities of extremists is a travesty. Further, to view extremists – who eschew Islam to justify their appalling deeds – as representative of Islam as a whole is unjust; and is largely the result prejudice, fear and irresponsible journalism.

Unfortunately, social and commercial media is rife with material portraying a negative view of Islam, and much less is said of its glories. I am neither a Muslim nor an expert on Islam, but my admiration and respect for the following aspects of it are sincere.

I love art that is intricate, esoteric and beautiful…as such, Islamic art is one of my favourite art forms in the world. It has a complexity which belies its simplicity, which cannot fail to astound both the eye and the heart. Indeed, in terms of sheer visual splendour, Islamic art is unsurpassed. Only in nature do we find similar visual power; which is no surprise – for the guiding principles of the visible world and Islamic art are the same: geometry and pattern.

The breath-taking geometric patterning inherent in Islamic art is what happens when you let mathematicians do the decorating. It is also what happens when you represent nature and the reality underpinning the universe, rather than the human form – the latter being forbade in Islam. Further, not only is it a visual feast, it is an intellectual one too; everything means something – from a simple dot to a complex arabesque. Above all it is a holy art – designed to transmit spiritual truths in accordance with Islamic teaching.

One important method of transmitting Islamic truths through art is the use calligraphy. Arabic is a sacred language, in the same way that Hebrew and Sanskrit are. All Muslims, regardless of origin, must learn Arabic in order to read the Koran. It is said, to read in the Koran in another language is to not read it at all. Further, Arabic is a beautiful script, with a graceful fluidity that lends itself to flowing design. Raised to an art-form since the Middle Ages, Islamic calligraphy traditionally transcribes passages of the Koran and/or the names of Allah and the Prophet Mohammed; such calligraphy can be found on buildings, banners or in manuscripts.

A fine example of contemporary Islamic calligraphy is the work of Iraqi/French artist Hassan Massoudy. Massoudy’s expressive rendering of Sufi poetry relies on the application of traditional calligraphic techniques and the artist’s unique powers of visual expression – the results of which are stunning.

Hassan Massoudy (used with permission of the artist)

If what Goethe said is true, that architecture is frozen music; then it is equally true that Islam has produced some of the most beautiful music in the world.

There are two significant factors responsible for the glory of Islamic architecture:

Arguably, the most celebrated structure in the Islamic world – if not the world entire – is the Taj Mahal. A fusion of Persian, Ottoman, and Indian architectural styles – with breath-taking symmetry and exquisite decoration – the Taj Mahal fully deserves its ranking as one of the 7 wonders of the world.

It is easy to become inured to an image you have seen a thousand times – it becomes normative, even mundane; for me, that was true of the Taj Mahal. As such – on a recent trip to India – although I was pleased I was going to see it, I was completely unprepared for how BEAUTIFUL it is. It is pure splendour – the highest vision of human creativity made manifest – and for that it is astounding…in every way – visually, intellectually, emotionally and spiritually. Never has a structure had such a profound effect on me. My heart filled with wonder when I was there…as it does when I think about it still.

During the reign of the Abbasid Dynasty, from 750 – 1258 CE, the Islamic world experienced an unprecedented intellectual and cultural flowering. This period is known as the Golden Age – for which three important factors were responsible:

Islamic scholars made significant contributions to the following fields of learning:

It is important to remember that this intellectual and cultural brilliance occurred while Europe was fumbling about in the Dark Ages. Further, the strides made by the Islamic world during this time helped facilitate Europe’s eventual illumination during the Renaissance in the 14th – 17th centuries.

Sufism is the mystical heart of Islam. As with most mystical traditions, the chief aim of Sufism is the attainment of spiritual truth through love of, devotion to, and, ultimately, union with God. For this to take place the self must be transcended and the soul purified, so the Divine may be apprehended. Although it is difficult to speak of Sufism as a unified whole – as there are a number of different Orders, with variants in thought and practise – it is, overall, a remarkable system of belief; of which, even a cursory understanding can fill the heart with wonder.

This wonder, magnified in the hearts of adherents, has led to an astounding outpouring of creativity – especially poetry. Dr. Alan Godlas said it best, “Sufism and the encounters that Sufism facilitates – encounters with God, love, and the deepest aspects of human consciousness – have evoked feelings in Sufis that have poured out through their ravaged hearts onto their lucid tongues, providing us with some of the most beautiful and profound poetry ever written.”

Prayer – acknowledging, petitioning or adoring the Divine with a sincere and open heart – is a beautiful thing. I find this to be true of all religions or belief systems, and particularly so of Islam. Prayer is the second of the 5 pillars of Islam, and forms the core of daily religious observance. It is obligatory for Muslims to pray 5 times a day, at certain times and in a proscribed way. Such prayers are called Salah – meaning: homage or worship and, as the name suggests, are concerned with acknowledging and appreciating the greatness of God, rather than being penitential (sorry for wrong doing) or petitioning (asking for things).

Salah prayers are a mental, spiritual and physical act; the physical aspect being made up of 5 movements or rak’a – which involve standing, bowing, prostration, sitting and, finally, looking left and right. Anyone who has ever practised Yoga can appreciate the grace conferred through mindful, physical movement…especially prostration – folding forward and placing one’s forehead on the ground. This commitment to Salah prayer – the act of suspending worldly thought and activity five times day, to prostrate oneself and acknowledge with gratitude the creative force that sustains and flows through us and the universe – demonstrates the deep abiding peace at the heart of Islam.

So there we have it…the 5 things I love about Islam. Perhaps it is a slightly idealised view; it is certainly not a comprehensive examination of Islam. However, these aspects do exist and I sincerely love them.

It is an age-old truth that often people fear what they do not know. And, it seems to me, this is the primary reason for the negative attitude towards Islam expressed by people in non-Muslim communities. They fear Islam, because they do not know it. Of course it is right to fear Islamic extremists; it is right to fear any extremists – which exist wherever ideology is wed to intolerance and takes precedence over people.

Any ideology that professes to embody absolute truth – truth that does and should apply to all people – has the potential for extremism; which is why it is predominantly found in religion and politics. Yet, to not make the distinction between a religion or political philosophy and an extreme version of it, can be equally dangerous. I encourage anyone who has a negative view of Islam to read a legitimate book about it and see its glories for yourself. Better yet, visit your local Mosque – most are open and welcoming of visitors – where I am sure you will find kind-hearted people…dedicated to peace, learning and the pursuit of moral excellence.