Writing, Thinking and Talking about Tragedy: A Conversation with Beth Kissileff 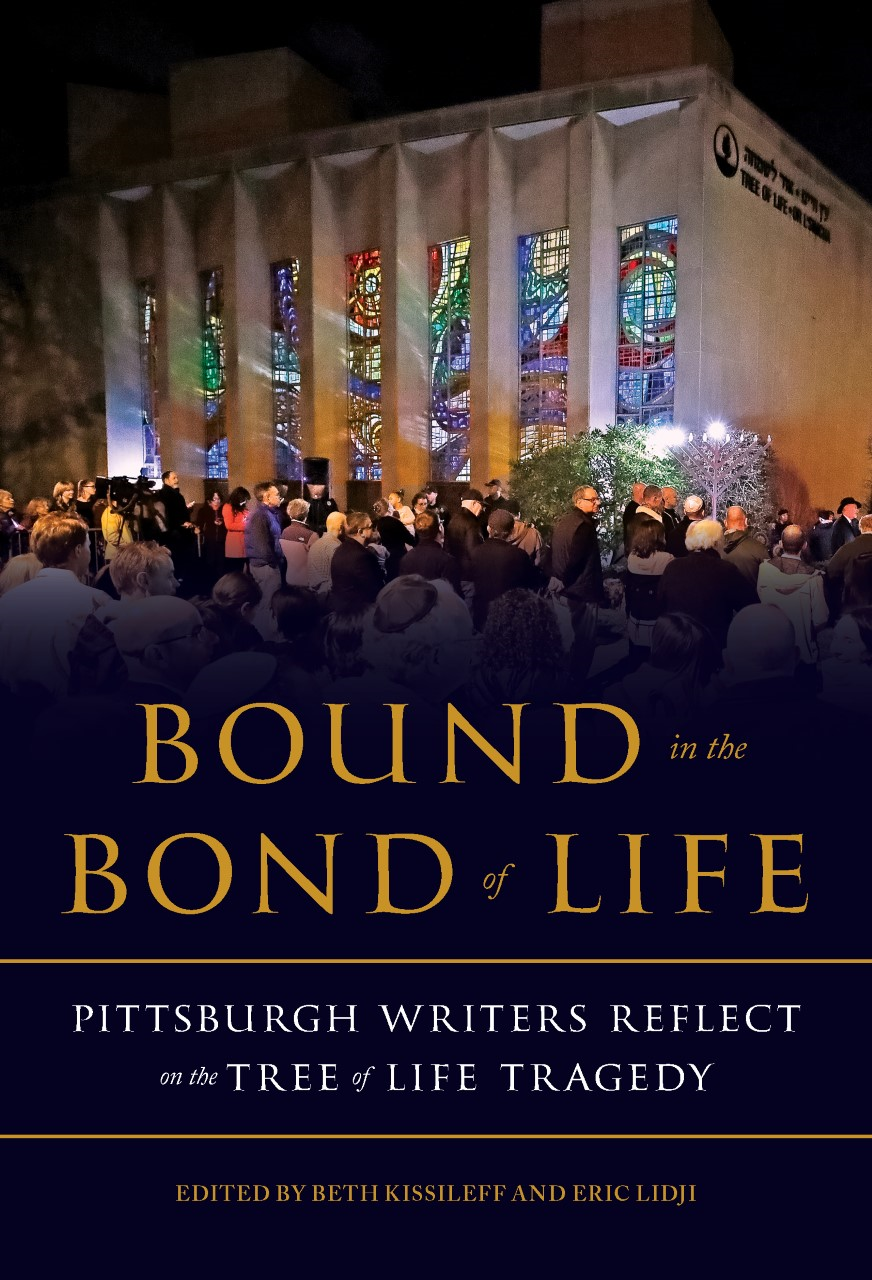 I sat down recently with Beth Kissileff, a TWD contributor who has a new book out — one reflecting how different people in Pittsburgh have processed, and continue to process the shooting at the Tree of Life synagogue building, which occurred a little more than 2 years ago.

Our conversation was about “more” than one terrible event, as you will see.  It’s not simple to write, think, or talk about tragedy, but this was an attempt to do just that.  We do not only, or even primarily, look back.  Instead, I hope our conversation helps us all hone our skills at what I call, “remembering forward” — learning how to carry past pains with us, without being imprisoned by them.

BH: Kohelet/Ecclesiastes  12:12 warns us that “To the making of books, there is no end,” suggesting that maybe it’s enough already with so many books and so much book-making.  So, let me start by asking you — one author to another —  why another book, and what, if any, of Kohelet’s concerns accompanied you in the making of this one?

BK: None.  This is a unique project, to harness the voices of local writers in speaking about what the meaning of the events here were.  I am proud to have assisted these writers in having a voice and developing it.  Much about what happened here was written by people who came from the outside to report, but the perspective of those closest to the event is significant.  I am hopeful the anthology will one day be viewed as a primary source for those who seek to understand what happened here.

BH: In a world where we are constantly talking about sharing a “global village,” why ask specifically Pittsburgh writers to reflect on the Tree of Life tragedy, as your book does? What lessons should we be learning about the power of physical proximity in general, and in moments of tragedy, in particular?

BK: Those who don’t live with the everyday reality here don’t know the impact of the shooting in the visceral way that those who live here do.  Tragedy impacts those in proximity to it.  Though the shooting happened here, it could have occurred anywhere and its lessons can be learned by anyone.

BH: You contributed a chapter to the book, called Honey From The Carcass.  Say a bit about that metaphor and it’s importance to you, and to us.

BK: That one can have sweetness and tragedy coexisting, at the same time, in the same space.  That the existence of the skeleton does not negate the possibility of the beehive and the honey produced from it.

BH: You write, in the book, “The riddle is that things coexist.”  What sustains your ability to hold that riddle, to live with it, to accept and even to appreciate the both/and’ ness of things, especially in our sharply polarized culture?

BK: Acceptance that God created the world with a certain amount of mystery for humans, that humans are not able to comprehend everything and we should not have the hubris to assume we can know anything with certainty.  That sense of the incomprehensibility of the world we live in is at the core of my faith and belief in a divine power larger than limited human imagination.  There are those who claim all kinds of certainty in the name of God or religion and they are frequently wrong.  Certainty does not mean being correct.  The riddle is a crucial form for conveying these truths that become clearer by the utterance of the chasms it depicts between two true things that may not make intuitive sense when paired.

BH: Can you share an example from your own life in which the “skeleton” and the “honey” coexist?

BK: The first thing that comes to mind is having had a miscarriage.  And I look at the daughter I had following that loss and realize not only how wonderful she is, but that she would not be who she is — she would not be all of the things which make her, “her,” had she come into the world any other way or at any other time.  I am sad that I didn’t have a child at the time of my miscarriage, but so happy about the two children I did have subsequently.

BH: If you could, and I ask this with great humility given the story you just shared, would you prefer a life with no “skeletons,” or do they have a value and importance which you welcome?

BK: The awareness of death is part of what makes life what it is  – once we left the garden of Eden that was the way humans had to live. We need the shadows to push us to lead meaningful lives. We need death to force us into understanding the limitations of our time here on earth.  The writer Mario Vargas Llosa put it well in a recent anthology of writers on Covid-19, saying “It’s thanks to death that we have love, desire, fantasy, art, science, books, and culture – all the things that make life unpredictable, exciting and bearable.  Reason explains all this, but the turmoil that lies within us stops us from accepting it.  Fear of the plague is quite simply, fear of death, which accompanies us through our lives like a shadow.”  I wish that all skeletons were from people who died of natural causes at an advanced age, not those who have died in ways that could have been prevented.

BH: What, if anything, has this very specific tragedy taught you about dealing with tragedy in general, assuming that there is such a thing?

BK: That each family member will have a different approach to it, and different needs and that it is important for each to respect the needs and desires of others.  One person’s needs may be quite different from another’s.

BH: My experience is that writing a book changes the writer in all sorts of ways — large and small. How has writing this book changed you?

BK: I feel I have done what I can to bring attention to the 11 lives lost.  I want those losses – and those of the families of the victims – to remain in people’s consciousness and am satisfied when I hear from readers who were glad to learn more about them and about what happened here. I feel heard and am glad that readers want to know what happened here.

BH: When I asked you about how writing and editing this book might have changed you, you didn’t really answer, so I want to ask again.

BK: Doing this book was emotionally difficult, but I felt that the benefits in getting it done outweighed the difficulties of grappling with the pain of the shooting, both my own pain in writing about it and the pain of others in the editing.  And now that it is complete and out in the world, and our congregation has placed a plaque to our three slain congregants in our sanctuary and put up a monument in our cemetery that we have done what is important to do to commemorate Rich Gottfried, Dan Stein, and Mel Wax.  We are not forgetting them and we are ready to move forward.  Both of those things can co-exist.  Editing the book has made me feel ready to look forward to the future and future projects and plans.

BH: What’s next for you?  What big project is taking up the time and energy that went in to the making of this book?

BK: My husband and I are working on a Parsha book together, and I am writing a novel which I’d sidelined for a while. I’m also planning to put together another anthology with essays about coping with trauma from a variety of Jewish perspectives.

BH: About what have I not asked you, but you wish I had?

BK: Why readers should read this book- to learn how a community copes with trauma and that though it will not be easy, it is possible to get through difficult situations.  To have a sense of the ways in which different people respond to and process a tragedy that occurred in their midst.

Bound in the Bond of Life, edited by Beth Kissileff and Eric Lidji