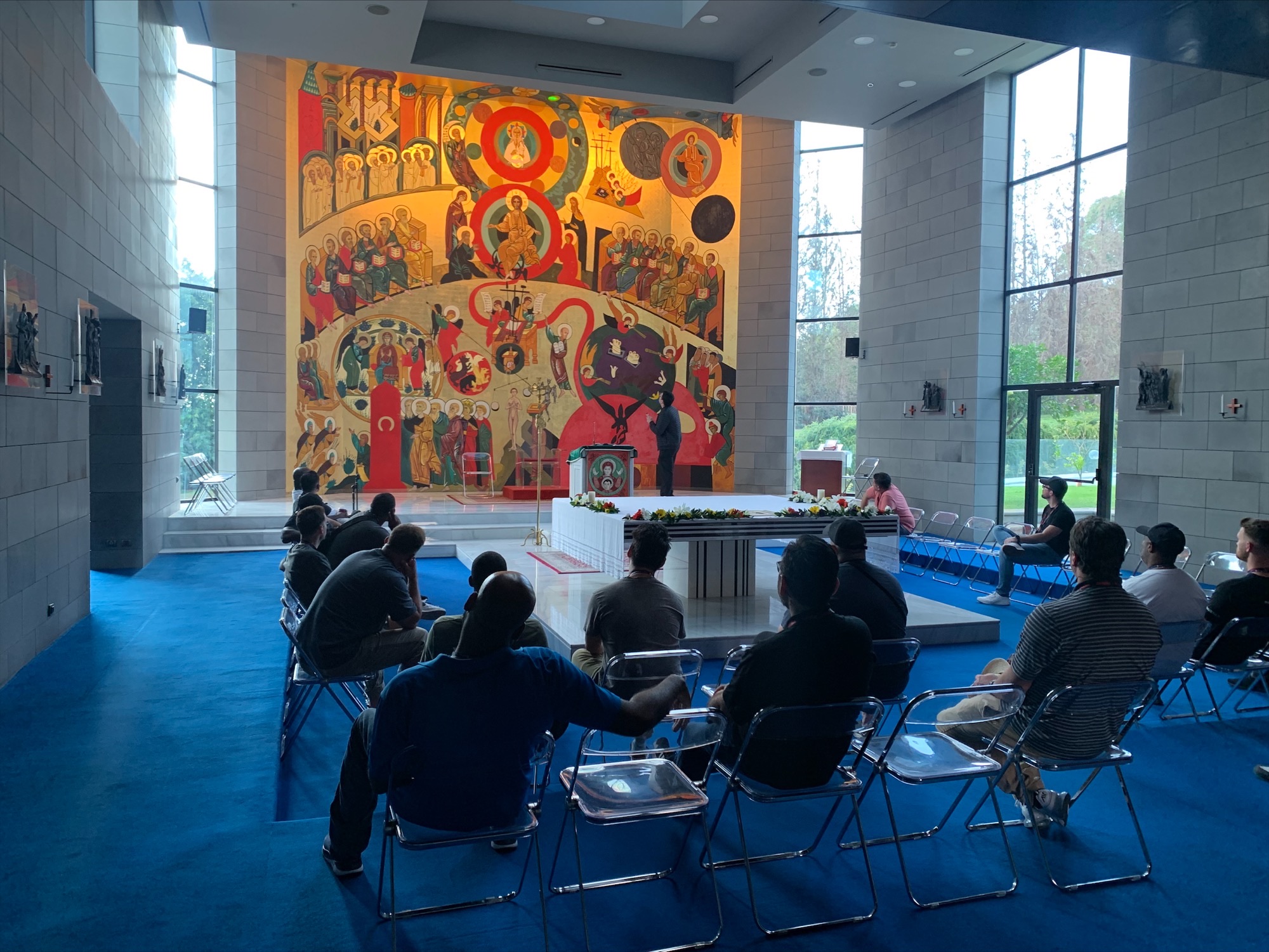 By the shores of the Galilee, alongside the remains of the ancient city of Capernaum, we stood in a circle around an Evangelical pastor who was called to plant a new church. He gave his testimony of feeling called to come to Israel, see the living miracle of its rebirth, and connect to the land in which Jesus had walked – and this very place that was connected to his life and ministry. He spoke about the challenge of doing so at this particular moment, but his firm belief that God wanted him to do so and would bless him for doing so.

As he spoke, the words of affirmation in an organic call and response rose up from a whisper to murmurs, to full affirmations, to full-throated calls. Finally, one person called out for everyone to gather around in an even closer circle and lay hands on the pastor who was planting a church. It was not simply a pastor in the middle of the circle but a circle of praying pastors – and a rabbi bearing witness.

The words of prayer and calls increased in volume, and some of the pastors began speaking in tongues – filled with passion and fervor for the sacred moment. They then blessed their colleague, praying for his success in ministry, affirming his choice to fill his spirit through the pilgrimage to the Holy Land and reiterating their belief in him as a person.

Overwhelmed with emotion, the pastor in the center of the circle kneeled to the ground, tears pouring down his face.

I had never seen such a ritual, even in a land flowing with prayers of many kinds. It was beautiful and haunting, mystifying and demystifying; an invitation to see a totally different tradition in its fullness of passion. It was a profound honor to stand alongside religious leaders in their fullness of faith.

I may have felt like those same pastors might feel at the Kotel, bearing witness to prayers incredibly different in content and meaning yet offered with a sincerity that transcends their particularity.

I felt at once like a stranger in a familiar land and a guide to strangers seeking familiarity with our spiritual homeland and the chance to articulate why it matters to them as Christians.

In many respects, being present for these pastors’ sacred moments helped me understand the extent of our religious differences and why there exist such challenges of communication between many Evangelical communities and their Jewish counterparts. It is little wonder to me that antisemitism can rise to fill the gaps between us alongside the less menacing but painfully degrading assumptions that many Jews carry about Evangelical Christians.

Much as progressive Jews like me might want to turn away from Biblical literalists and redouble our energy in cultivating relationships with our spiritually progressive counterparts in churches, mosques, temples, and humanist societies alike, we would do well not to walk away from opportunities for interchange and relationship. There is too much to gain from relationship and too much to lose from its absence.

Bishop Robert Stearns and the Eagles’ Wings ministry he founded to connect Evangelical Pastors to Israel and the Jewish roots of their tradition provides a remarkable bridging opportunity between our communities. Stearns reaffirms that he is not in the business of converting Jews or appropriating Jewish tradition but rather of fostering a deep appreciation of the Jewish roots of Christianity and a sense of kinship between our faith communities.

This was evident throughout the trip that he led for pastors that I was invited to join. Alongside questions about my faith and practice, the pastors wanted to know how they could build real relationship with rabbinic colleagues and even learn from them about Torah and Jewish practice. Much as the evangelism evokes the pain of Jewish history, we would do well to engage with our anxieties and try to reach back a hand of friendship. For when in history have we had so many people of another tradition seeking to learn from us, grow alongside us, and appreciate – rather than appropriate – our tradition?

I come away from the journey sponsored by the Evangelical ministry known as Eagles Wings holding in tension multiple seemingly contradictory learnings from which I pray that friendship can blossom between Jewish and Evangelical communities in America: